Mohammed Shami’s fiery three-wicket burst and quickfire half-centuries from K L Rahul and Suryakumar Yadav powered India to a six run victory in a warm-up game against T20 World Champions Australia at the Gabba in Brisbane on Monday.

Rahul (57) and Suryakumar (50) lifted India to 186/7 in their 20 overs before Shami took three wickets in the final over as Australia were bowled out for 180.

A look at the key talking points for India from the practice match:

Rohit Sharma is not in great form going into the T20 World Cup. He seemed content to play second fiddle to Rahul and just spend some time in the middle, scoring 15 from 14 balls, during the 78-run stand for the opening wicket on Monday.

In his last five innings including the first practice match against Western Australia, Rohit has scored just 63 runs, including two ducks in the T20I series against South Africa.

India will hope he bounces back to form in the warm-up match against New Zealand on Wednesday, and get his confidence back ahead of the all-important match against Pakistan on Sunday. Mohammed Shami dispelled all doubts about his fitness and burst with a three-wicket burst in the three final over to bowl India to a morale-boosting victory against Australia.

Picked as the replacement for the injured Jasprit Bumrah, Shami showed he deserves his place in the team with a cracking piece of bowling.

Australia needed 11 runs for victory from the final over with Pat Cummins and Josh Inglis out in the middle. Shami had Cummins caught at long-on with Virat Kohli take a stunning one-handed catch before he ran out Ashton Agar with a direct hit at the non-striker’s end.

Shami then dismissed Inglis and Kane Richardson off successive deliveries, with inch perfect yorkers to finish off the match in grand style. 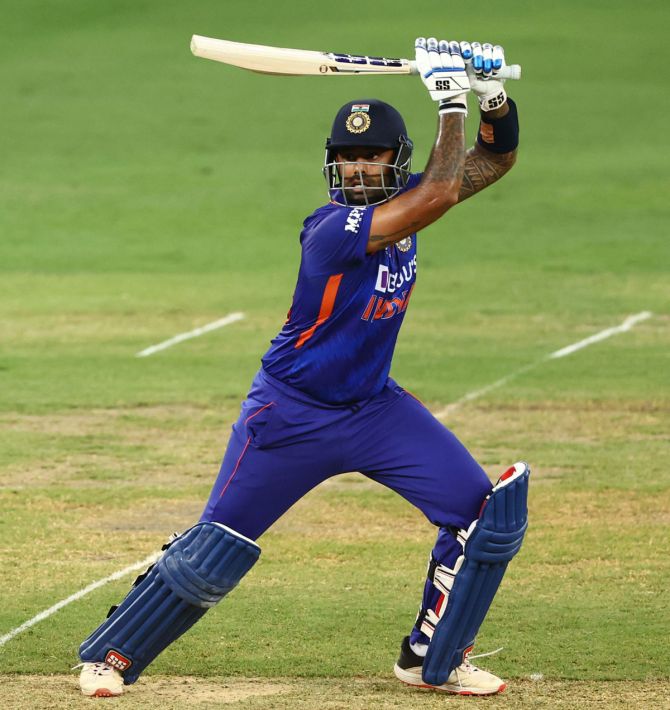 Suryakumar Yadav showed why he is so highly rated in T20 cricket.

The India No 4 smashed his way to a brilliant 50 from 33 balls which was instrumental in India finishing on a huge 186/7.

He played a quite few sparkling shots, including the inside out lofted shot over the covers, the reverse sweep and the lofted six straight down the ground.

It was his brilliance which kept India going in the middle overs despite losing Virat Kohli (19), Hardik Pandya (2) and Dinesh Karthik (20) cheaply.

Spinners steady in the middle Ravichandran Ashwin did a good job building up the pressure in the middle overs.

Brought into the attack in the fifth over, Ashwin went for 14 runs in his first over, but kept the Aussie batters in check in his next three overs, to concede 28 runs in his four overs.

Yuzvendra Chahal, who was brought into the attack in the second half of the innings, dismissed Steve Smith for 11 to finish with 1/28 in his three overs, while Axar Patel didn’t get a bowl.

Chahal could have finished with better figures had he not dropped a simple return off Glenn Maxwell. 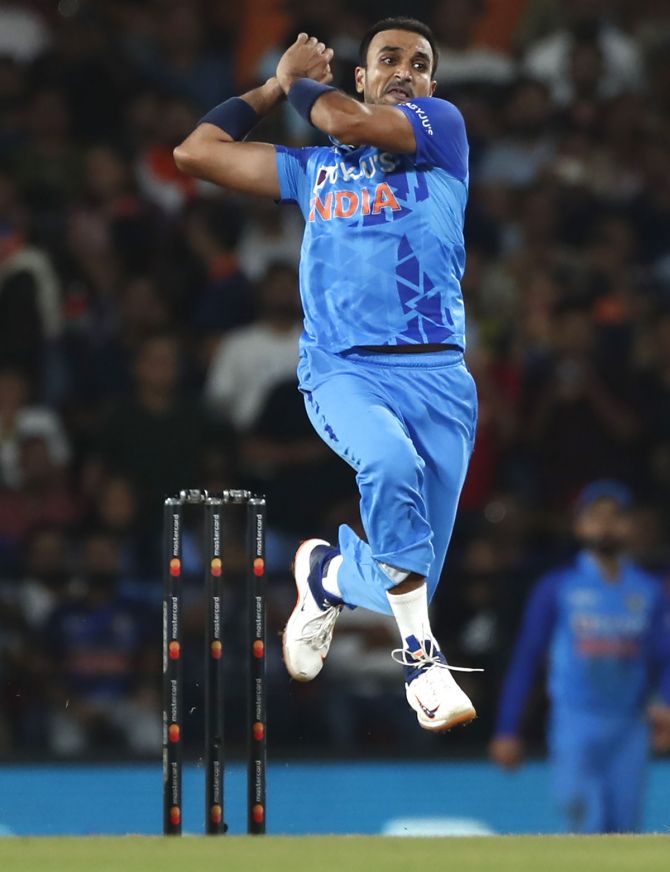 The marked improvement in India’s death bowling was heartening to see.

India’s bowlers took 7/22 in the last three overs as Australia were bowled out for 180.

Arshdeep Singh went for 13 runs in the 18th over but accounted for the dangerous Marcus Stoinis (7).

Harshal Patel, bowling the 19th over, got the key wicket of the well-set Aaron Finch for 79 and Kohli’s brilliant throw from square leg had Tim David run out for five in the same over.

Then came Shami’s brilliant final over.