A fan breached the security barrier and ran straight towards Rohit Sharma, trying to touch his feet. 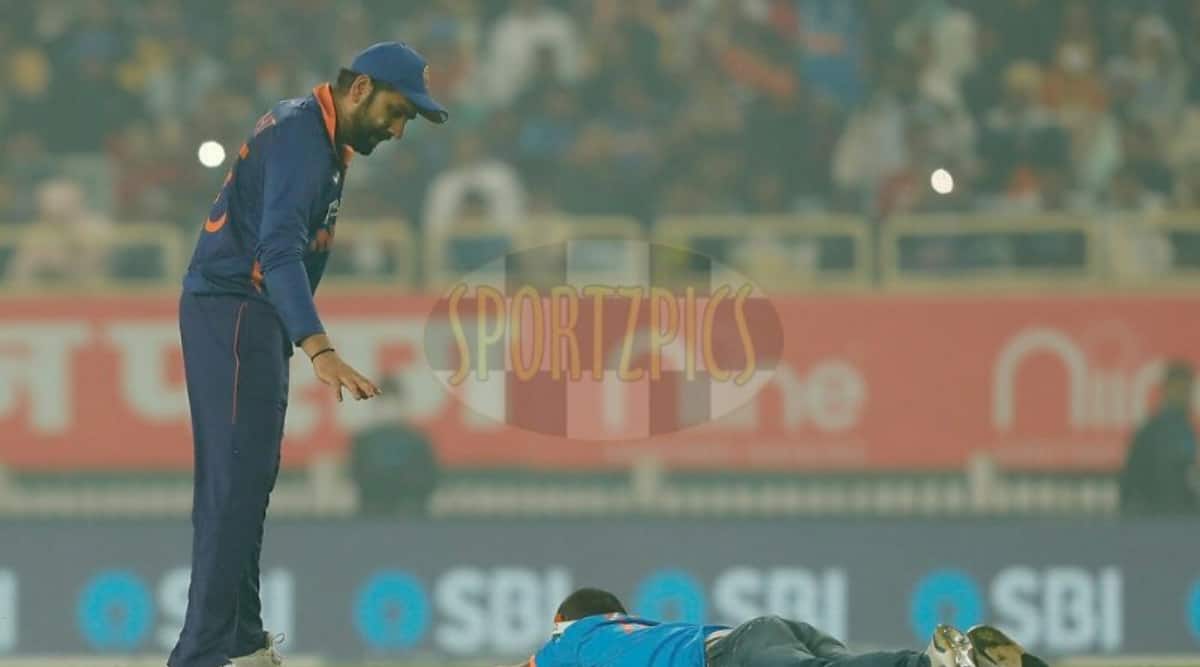 The fans are back. So are the pitch-invaders.

India skipper Rohit Sharma was in for a surprise when a pitch invader started rushing towards him during the second T20I against New Zealand at the JSCA International Stadium in Ranchi.

During the first innings, one of the fans breached the security and rushed straight to Rohit, who was standing at mid-on, trying to touch his feet before being taken away by the security. Fans at the stadium were quick to make a video of the incident and share on social media.

Kiwis started the proceedings after they set the target of 154 runs. Martin Guptill scored 31 runs in this match and became the highest run-scorer in T20Is with 3248 runs. He overtook Virat Kohli who was standing at the top of the list with 3227 runs.

Rahul and Rohit had a great day at the office as they both registered half-centuries. Rohit smashed 55 runs in just 36 balls and equalled Virat Kohli’s record of scoring most fifty-plus scores in the shorter format. India reached the total in just 17.2 overs.