Bayern Munich was smarting from Wednesday’s 5-0 loss and it rebounded by ending Union’s 21-game unbeaten run at home in the league. 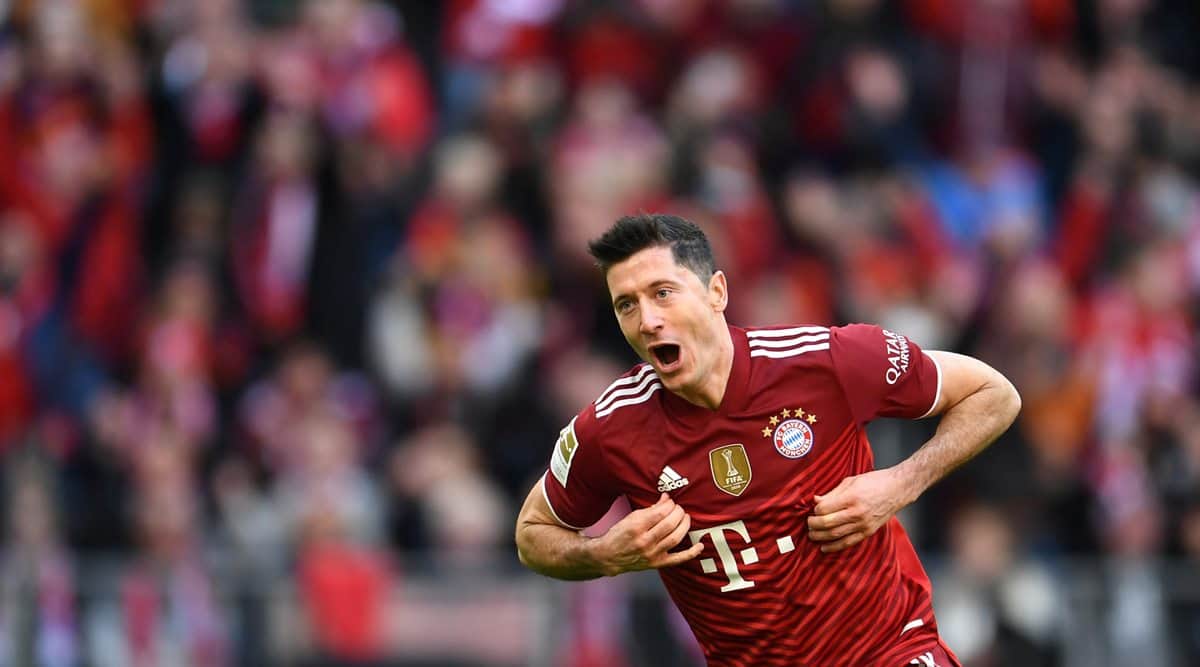 Robert Lewandowski scored twice as Bayern Munich restored some lost pride with a 5-2 win at Union Berlin in the Bundesliga on Saturday.

Bayern was smarting from Wednesday’s 5-0 loss at Borussia Mönchengladbach in the cup, and it rebounded by ending Union’s 21-game unbeaten run at home in the league.

It was a clinical performance from the table-topping visitors, with Lewandowski starring early on and Leroy Sané getting the third goal, before Kingsley Coman and Thomas Müller made sure of the result after Niko Gießelmann and Julian Ryerson had kept Union’s hopes alive.

Union fans had been waiting more than two years to see their team host Bayern at the Stadion An der Alten Försterei since earning promotion in May 2019. Bayern’s previous two games in Berlin’s eastern borough of Köpenick were played without fans present due to coronavirus restrictions. Some 16,500 were allowed Saturday despite rising infection rates for Union’s biggest crowd since the pandemic started.

Goals either side of halftime from Thorgan Hazard and Steffen Tigges were enough for Borussia Dortmund to overcome Cologne 2-0, high-flying Freiburg stayed third with a 3-1 win over last-place Greuther Fürth, and Wolfsburg defeated Bayer Leverkusen 2-0 away in Florian Kohfeldt’s first game as coach.