US elections shadowed by a once-in-a-century pandemic is coming to a conclusion as the American citizens decide between Donald Trump and Joe Biden. 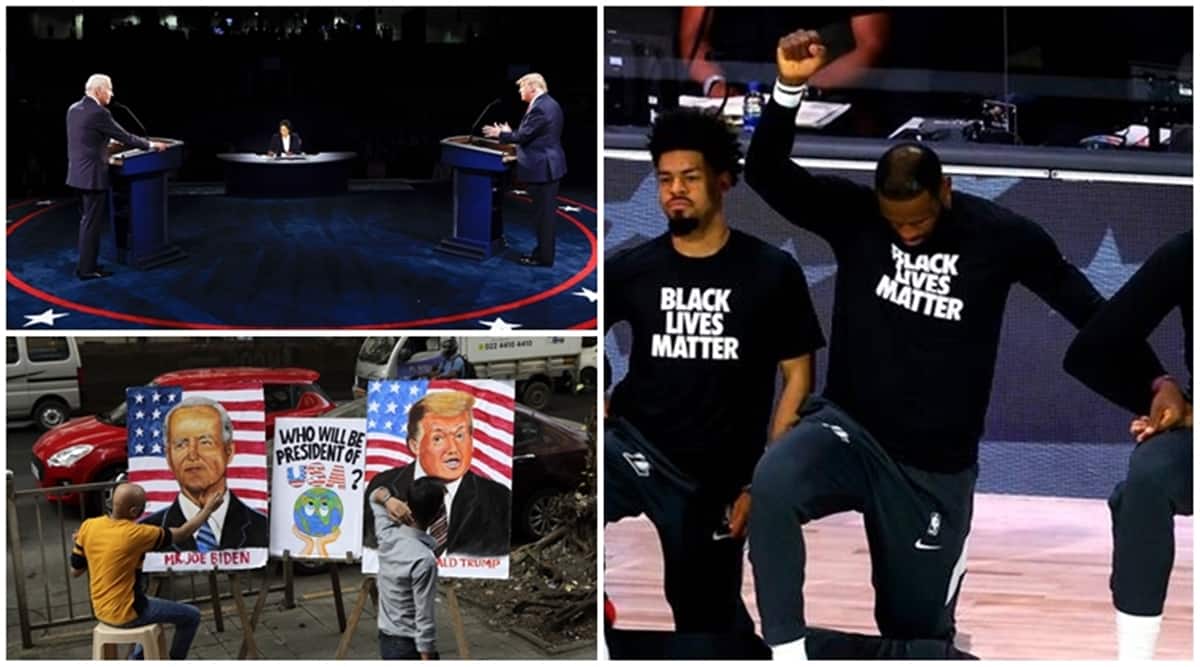 The US elections shadowed by a once-in-a-century pandemic is coming to a conclusion as the American citizens decide between President Donald Trump and Democratic challenger Joe Biden pushed.

Amidst the presidential election and its campaign, what played out was a noticeable involvement of sports stars and athletes actively taking part to shape their country’s future.

The idea of keeping sports and politics apart dissolved as the likes of NBA star LeBron James and other prominent Black athletes began a voter initiative to encourage more people to vote before November 3.

More than half of the NBA’s arenas, who would be otherwise sitting empty on election day, have either been running registration-drive sites or will serve as polling locations — a player demand when the season was nearly called off in August because of more racial unrest.

NBA teams are getting involved in the election in different ways. Golden State, Atlanta and Detroit are squaring off in a voting registration contest — seeing who can get the most number of fans to register to vote.

Warriors guard Stephen Curry, who appeared with his wife Ayesha in a video during the Democratic National Convention to endorse Biden, has been active in spreading the get-out-the-vote message and has some additional things planned before the election.

US women’s soccer star Megan Rapinoe has also called for change. Rapinoe deemed the election as the most important event of her life. Rapinoe, who became the first non-NFL athlete to take a knee during the national anthem, has publicly backed Joe Biden.

Rapinoe’s gesture of kneeling has been widely speculated to be in solidarity with Colin Kaepernick.

Kaepernick’s kneeling during the national anthem in 2016 was condemned by President Trump. “Wouldn’t you love to see one of these NFL owners, when somebody disrespects our flag, to say, ‘get that son of a (expletive) off the field right now? Out. He’s fired!’”, Trump was quoted as saying in Alabama, 2017.

In response to Trump’s comments, 204 players elected to either kneel or sit during the anthem, according to an Associated Press estimate.

Elsewhere, the NFL and the WNBA have also actively been at the forefront of political activism in 2020, since the Black Lives Matter movement gained momentum after the death of George Floyd.

Retired professional golfer and 18-time major winner Jack William Nicklaus has endorsed President Trump.
Another athlete who has backed Trump is Conor McGregor. In a tweet in January, McGregor stated that Trump is quite possibly the greatest president in US history.

Mike Tyson and Trump have enjoyed a cordial relationship. Recently when Tyson recently announced his return to the ring, Trump was among the first to wish him luck as he wrote: “Keep punching, Mike”. Tyson had also spoken in favour of the President in 2016.

The billionaire Wrestling promoter Vince McMahon, CEO of WWE, and Trump’s friendship goes back a long way and the duo had even faced off against each other at a Wrestlemania where McMahon had his hair shaved. None the less the friendship never dwindled and recently Trump even brought in McMahon as an advisor on the economy.