Conor McGregor snapped his ankle in the first round and Dustin Poirier won by doctor's stoppage. 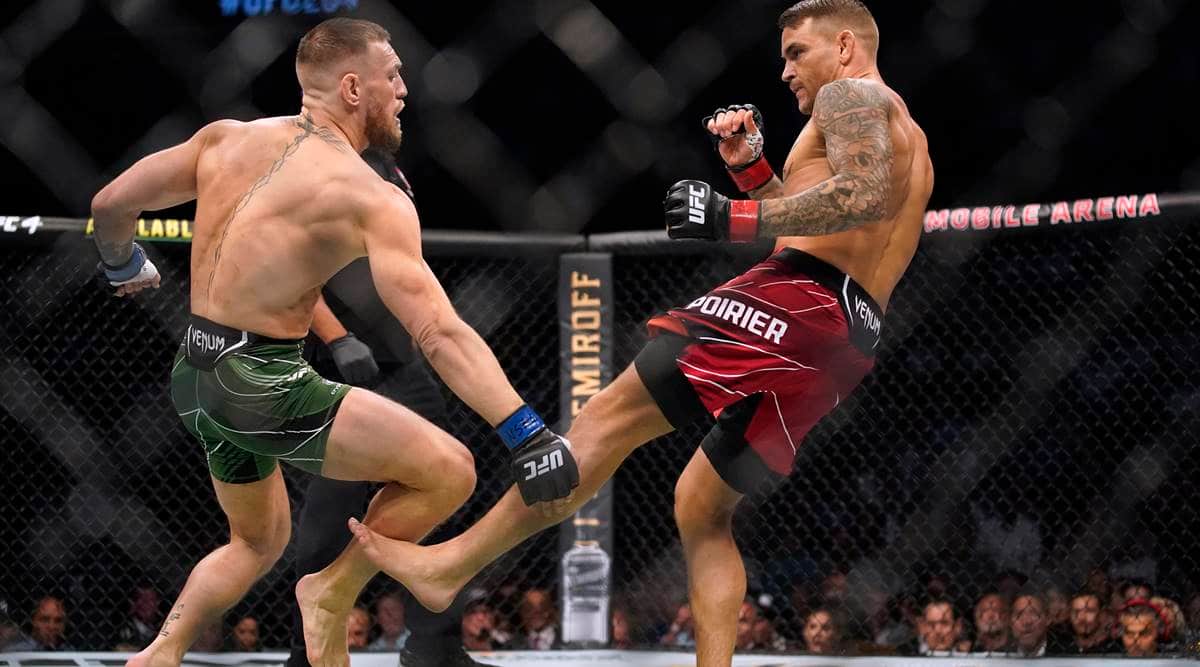 Dustin Poirier defeated Conor McGregor after the Irishman injured his left ankle in the closing seconds of the first round at UFC 264 on Saturday night.

The bout was stopped after the first-round bell when McGregor was unable to continue. After a final-minute blow, the 32-year-old fell on the mat by Poirier, who recorded his second win over McGregor in six months.

Courtesy of this win, Poirier is set for UFC’s next lightweight title shot.

Poirier said he thought McGregor’s leg broke when he checked one of McGregor’s kicks earlier in the fight.

“I felt something, for sure,” Poirier said. “He fractured it on one of the kicks at the beginning of the fight, and then he broke it.”

Poirier was largely in control of the opening round, parrying McGregor’s kicks and landing several strikes before getting control over McGregor on the ground. After a long stretch of punches and elbows on the prone McGregor, Poirier knocked him down one last time — and McGregor’s ankle bent gruesomely as he fell.

McGregor was furious about the circumstances of his loss before he was carried from the cage.

“This is not over!” he shouted.

Over the past couple of years, McGregor has been unable to replicate his fearsome MMA form, which helped him attain fame. He lost decisively to Khabib Nurmagomedov and twice to Poirier while beating only an over-the-hill Donald Cerrone.

Meanwhile, T-Mobile Arena was packed with a sellout UFC crowd for the first time since the coronavirus pandemic began. Among the list of celebrities attending the event was Jared Leto, Steve Aoki.

Former US President Donald Trump was also present for the final three fights and got loud boos in the arena.

According to UFC President Dana White, the gate revenue stands at around $16.5 million.