If there is one major learning from Punjab Kings’s dramatic collapse against the Lucknow Super Giants at the MCA stadium in Pune on Friday, April 29, 2022, it has to be the distinct lack in batting depth in the Kings line-up.

Following a decent start to the run chase, Punjab were chugging along at 88-4 at the start of the 12th over and in with a fighting chance of winning the game.

Unfortunately, the subsequent events that transpired on the pitch saw Punjab reduced to 117-8 at the end of the 17th over — a loss of four wickets for measly 29 runs. The match came to an anti-climactic end with Punjab’s tail-enders struggling to score runs off the final few deliveries.

Punjab’s chase had been largely boosted by Jonny Bairstow who fought valiantly against the impressive Lucknow bowling line-up despite wickets falling around him like dominoes. His 32 came off 28 deliveries included five fours as he took on each of the LSG bowlers that came up against him.

The 16th over when Dushmanta Chameera was brought into the attack with the explicit objective of dismissing Bairstow turned the game completely in Lucknow’s favour. 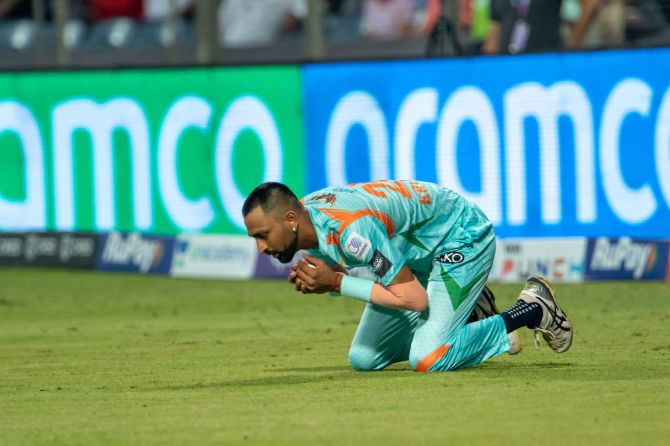 Following a dot ball from the first delivery of the over, Chameera’s second, which was pitched short and wide, was flicked by Bairstow towards the third man boundary. To the batter’s dismay, Krunal Pandya was strategically placed to make the catch and Punjab’s last big hope was gone.

Bairstow’s dismissal marked the point where Lucknow firmly took control of the proceedings and it was up to the two Khans in Mohsin and Avesh along with Chameera to comfortably close out the match.

Rishi Dhawan held on with a gritty 22* off 21 balls in the end, but it was all too little too late as they succumbed to their fifth defeat of the IPL 2022 season.