As an in-ring competitor Triple H was always game to crack jokes and indulge in trash talk, but it seems like he slipped into his old ways when talking to the British media this past weekend. 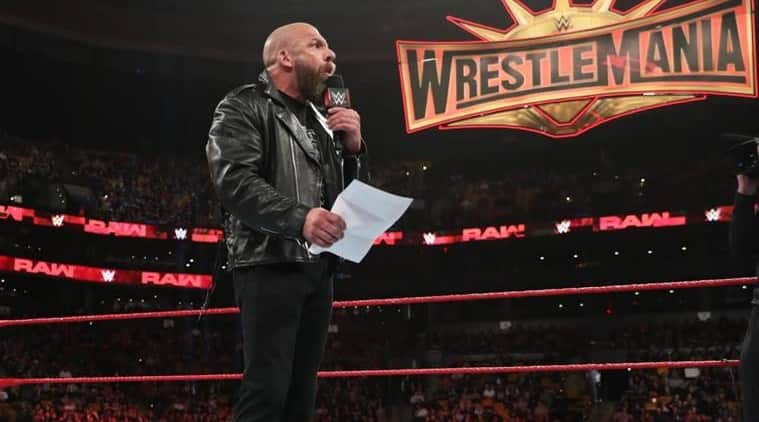 As an in-ring competitor Triple H was always game to crack jokes and indulge in trash talk, but it seems like he slipped into his old ways when talking to the British media this past weekend.

This was after the cerebral assassin made a tasteless joke regarding Paige’s past when he was asked whether retired WWE stars Edge and Paige could return to the ring in the near future.

Triple H in a moment of jest said that Edge has kids so he will probably prioritise them but Paige ‘probably has kids that she doesn’t know of’.

Soon his comments faced widespread criticism online after Paige also retweeted the above video and commented that ‘even her boss is making fun of her’.

Reacting to it Paige spoke to sportskeeda and said, “Obviously I was a little bit perplexed, a little bit taken aback, because he’s someone that I truly look up to and he’s always been very respectful, so I feel like he got caught up, maybe, in a joke, that I just don’t think was appropriate to joke about.”

“I feel like it’s something that I don’t need to continually keep talking about because I feel like people have done a pretty good job of that.”

Later, Triple H took to Twitter and revealed that he had reached out to Paige and apologized for his actions.

While it’s clear that the Game didn’t mean any offence, this episode will surely hang over his head for a while regardless of the apology.

For all the latest Sports News, download Indian Express App