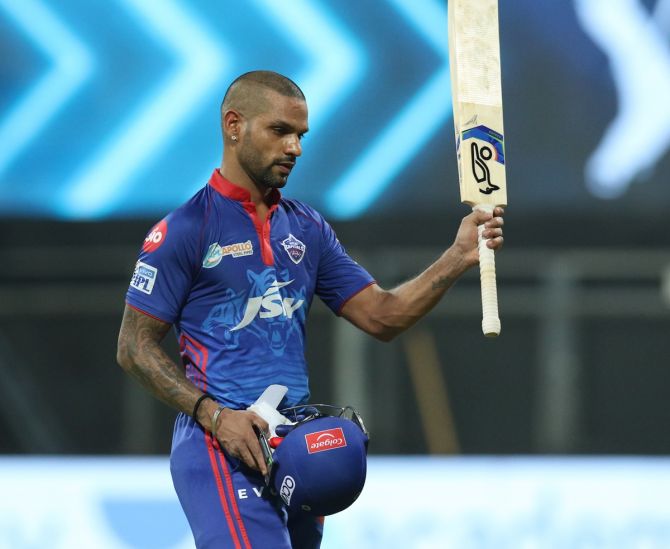 Shikhar Dhawan’s 92 and Prithvi Shaw’s quick-fire start made the difference as Delhi Capitals overhauled the total in 18.2 overs, in Sunday’s IPL match in Mumbai.

Dhawan and Shaw set the platform with a strong, attacking, start. Their strategic batting ensured an opening stand of 59 that came before the Powerplay ended.

Shaw fell after his quick burst and Steve Smith followed him back soon. After that, it was all about Dhawan.

Despite those dismissals, he continued to accelerate in his stroke-filled knock of 92. He was in a different mood as he kept smacking all the bowlers. He looks to be in the form of his life as Punjab had no ammunition to outmanoeuvre him.

He reached 92 and then lost his wicket. It was his sixth dismissal in the 90s, but, by then, the game was already set for Delhi to win.

Dhawan was rightfully adjudged the Player of the Match. He was also presented the Orange Cap after going past Glenn Maxwell (176) to grab the top spot on the list of batsmen with the most runs in IPL 2021.

Dhawan holds the top position with 186 runs and counting.