Her biggest title until now had come at a Futures event at the Deccan Gymkhana courts of Pune in 2019 — she spent three weeks in India, even playing an ITF tournament in Solapur. THE SMILE on Emma Raducanu’s face only got bigger as the chorus of Sweet Caroline blared across the Arthur Ashe Stadium in New York. She joined in singing Britain’s enduring sporting anthem as Union Jack-clad fans on the upper tiers swayed to the soundtrack reserved for their revered champions across sport. It was the most British celebration you could imagine to mark Raducanu’s 6-4, 6-3 win over Canadian Leylah Fernandez in the US Open final.

It also ended a 44-year title drought. No Englishwoman had won a tennis Major since Virginia Wade topped Wimbledon in 1977. It would take something spectacular, someone beyond anybody’s wildest imagination, to break that streak. Raducanu, an 18-year-old with barely any experience on the WTA Tour, fit that billing. Her biggest title until now had come at a Futures event at the Deccan Gymkhana courts of Pune in 2019 — she spent three weeks in India, even playing an ITF tournament in Solapur. The Cinderella story, though, was realised in the early hours on Sunday at tennis’ grandest 23,000-seater.

Here’s how the final was won

At a time when Brexit policies are being polished, and in the week when the UK government threatened to turn migrant boats back to France, it took a teenager born in Canada to a Romanian father and a Chinese mother to place England on the sporting centre stage. 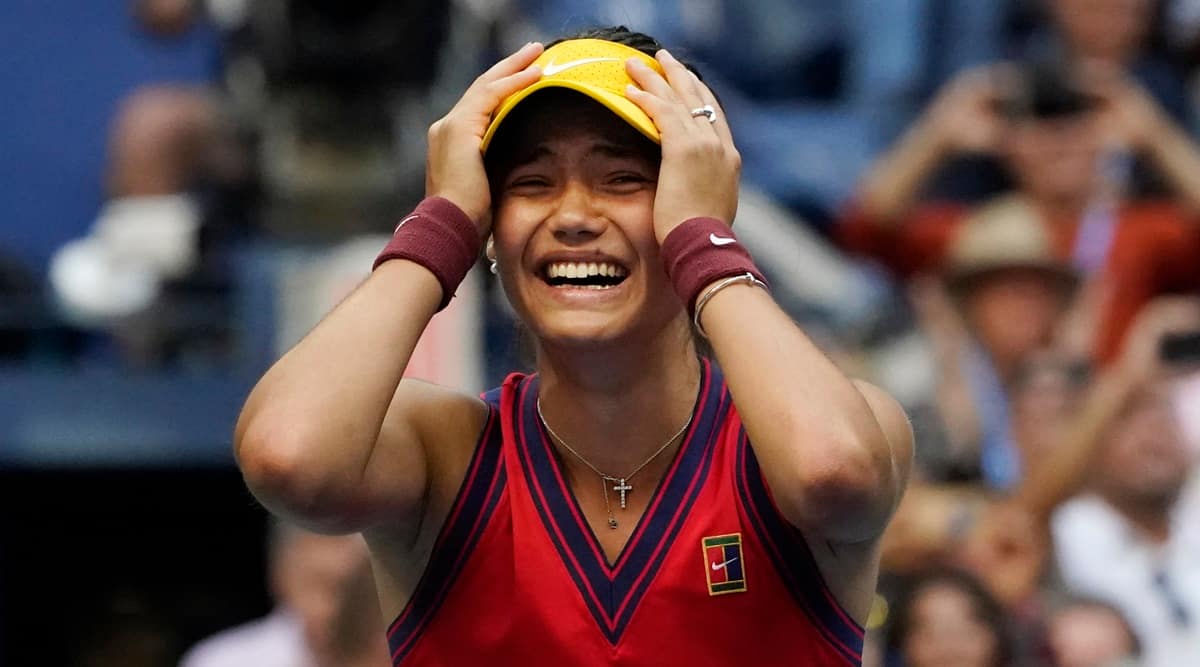 Raducanu’s parents weren’t in New York to witness the unprecedented title run due to Covid-related visa restrictions. But that allowed her mother to collect the ‘Kent Player of the Year Award’ at Bromley’s local Sundridge Park tennis club on her behalf, while the youngster picked up her career’s biggest prize.

Both her parents work in finance, and her father is said to have once wanted to hire a different coach to help her practice each shot. He even practised with her on the street outside their home during the lockdown last year. The southeast London resident’s immigrant background though doesn’t do any justice to the odds she overcame to win the US Open.

Raducanu is currently ranked 150 in the world, which will now go up to 23 when the rankings are updated Monday. She’s barely had any experience on the WTA Tour, having won just four of the seven matches on the regular tour. She first introduced herself as a Wild Card entrant in the Wimbledon main draw in June. 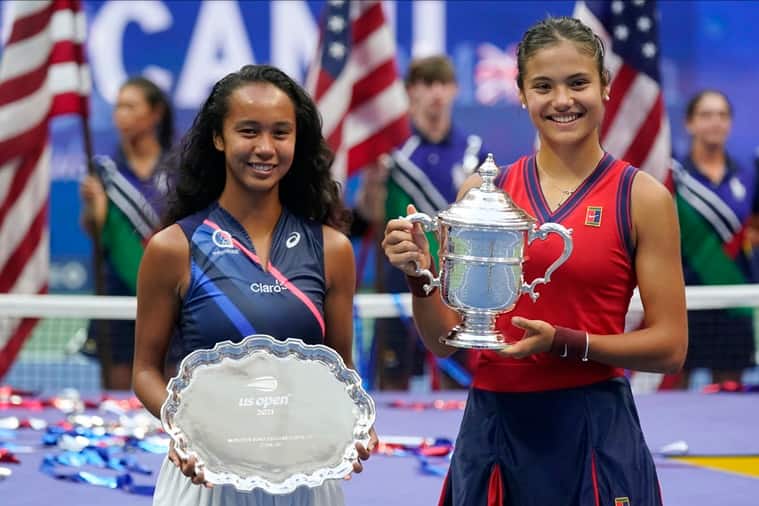 Ranked 338 in the world at the time, she won three rounds comfortably — claiming the scalps of former World No. 21 Sorana Cirstea and 2019 French Open finalist Marketa Vondrousova. She retired from the match in the fourth round after suffering from breathing problems. At that point, the then British women’s No. 10 player’s run promised to be no more than a storm-in-a-teacup episode. And she, too, was realistic of her chances at the US Open.

So much so that she pre-booked a return flight to England once the qualification rounds were over. As it turned out, she overstayed by two weeks, becoming the first ever qualifier to win a Grand Slam title, doing it without dropping a set. She also became the lowest ranked player since the unranked Kim Clijsters (2009 US Open on comeback) to win the American Slam.

With it, Raducanu earned a cheque of a whopping USD 2.5 million. This, for a player who had till date won just USD 303,376, and the Futures event at Pune in 2019. Branding experts have estimated she could earn up to GBP 25 million in endorsements by next month. 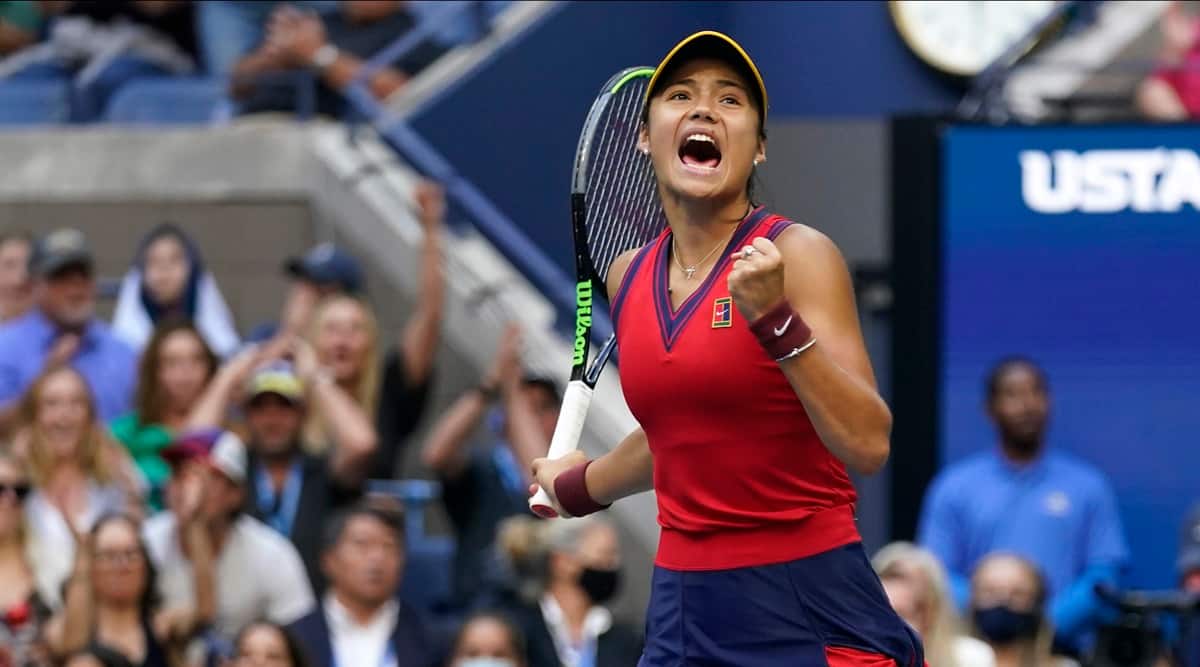 And if it hadn’t been clear before, the teenager’s attention has now solely shifted towards tennis.

As a child, Raducanu had forays in go-karting, motocross, ballet, horse riding, tap dancing, and even table tennis during those annual trips to her mother’s home in China’s Shenyang. But her main priority — according to people who knew her– was academics.

“Everyone thinks I’m absolutely fanatic about my school results,” the straight-A student said during Wimbledon, according to an AFP report. “They think I have such an inflated ego about it. Actually, I would say I have high standards of myself. That’s helped me get to where I am in terms of tennis and also in terms of school results.”

This focus of academics kept her from emerging as a big name on the junior tour, with a top ranking of 20. In fact, it was on the junior tour that she came across Fernandez once before their all-teenage title clash Sunday. The duo had played a second round match at the 2018 Junior Girls event at Wimbledon, with Raducanu picking up the win.

At the US Open over the past three weeks, Raducanu turned quite a few heads, and left colleagues and fans impressed — including her greatest critic. “My dad said to me ‘you’re even better than I thought,’ so that was reassuring. My dad’s definitely very tough to please but I managed to do that,” she said.