Images from the T20 World Cup Super 12 match between the Netherlands and South Africa, in Adelaide, on Sunday.

A late flourish by Colin Ackermann and Tom Cooper helped the Netherlands post a fighting 158 for 4 against South Africa in their last T20 World Cup Super-12 match, at the Adelaide Oval, on Sunday.

Ackermann top-scored for the Dutch with an explosive unbeaten 41 off 26 balls while the experienced Tom Cooper also made a vital contribution of 35 runs off 19 balls.

Left-arm spinner Keshav Maharaj (2 for 27) and Anrich Nortje (1 for 10) produced good spells to restrict the Dutch.

Put in to bat, the Netherlands were off to a brilliant start, scoring 17 runs in the first two overs, Stephan Myburgh being the more aggressive of their openers as Max ODowd looked to find the gaps and play second fiddle.

They hit eight elegant boundaries in the first six overs between themselves, taking the total to 48 runs without loss at the end of the powerplay. It was the Netherlands’s best powerplay score in the tournament. 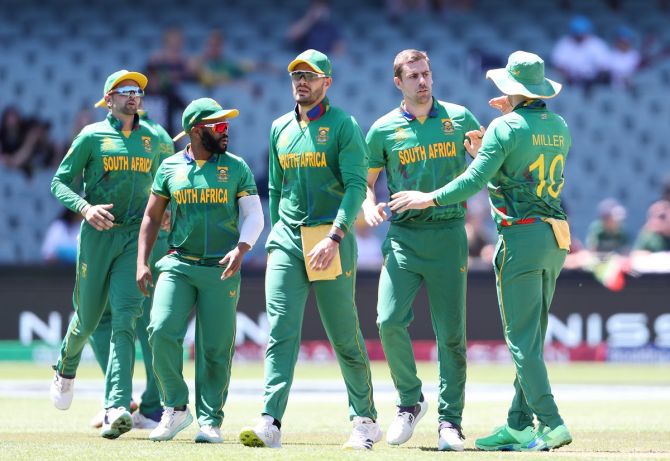 Just when the Netherlands looked on course for a good score, Aiden Markram dismissed Myburgh in the ninth over to give South Africa the breakthrough.

Right-hander Cooper then attacked the bowlers from the word go and smacked a six early in his innings. The aggression rubbed off on ODowd and, seeing his partner go after the bowlers, also slammed a six. 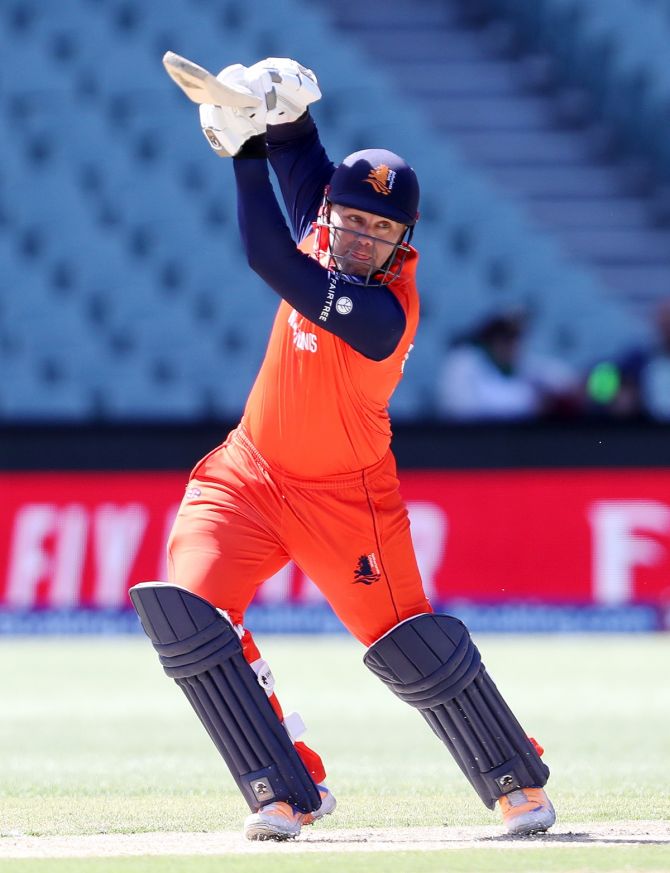 Left-arm finger spinner Maharaj was hit for a six in the 13th over but scalped the wicket of ODowd, which brought Ackermann to the crease. The bowler also dismissed Cooper in the 15th over, which saw the Dutch have two new batters at the crease for the last five overs.

Nortje then sent back Bas de Leede in the 18th over, ending the batter’s scratchy innings wherein he scored just one run off seven balls.

Thanks to Ackermann’s late blitz, the Netherlands scored 31 runs off the last two overs as they finished with a fighting total.

A South Africa victory will secure their place in the semi-finals after missing the opportunity to lock one in with a game to spare when going down to Pakistan in a rain-soaked match.