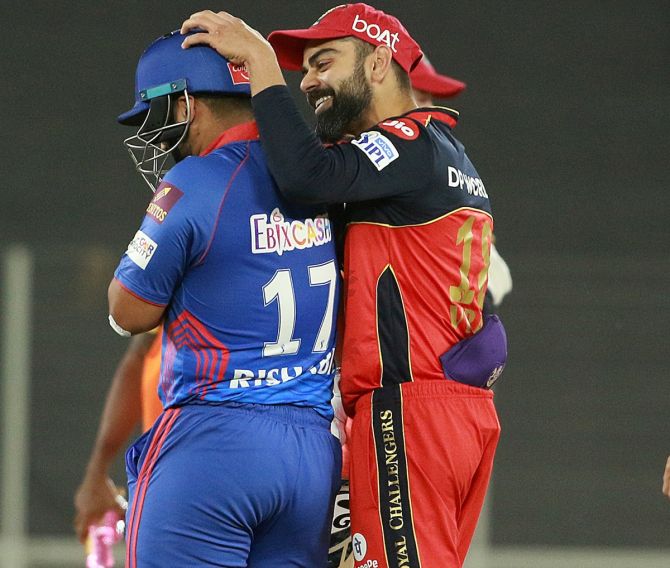 Delhi Capitals Skipper Rishabh Pant must have been devastated after his team lost the game against the Royal Challengers Bangalore in Ahmedabad on April 27 by one run.

As the game ended, RCB Captain Virat Kohli walked up to Pant, patted him on the back and held the back of his helmet — just like the Viru<empaaji he is to younger members of the Indian team. 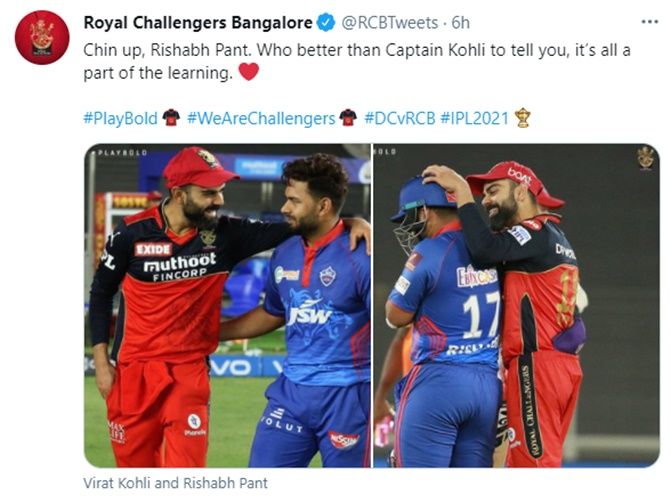 Pant and Shimron Hetmyer — who sparkled during the run chase — were clearly upset by the result, and the game’s elder statesman made sure he praised Hetmyer, 26, and Pant, 23, for their excellent fightback. RCB’s Mohammed Siraj, who defended 13 runs in the final over, gave Hetmyer a warm hug as the players walked off the field. Kohli was later seen having a laugh with Pant before the post-match presentation even as rival pacers Siraj and Avesh Khan joined in.