Pitches in cricket grounds are positioned in a North-South direction to avoid such a scenario, but at McLean Park, the pitch is facing East-West. 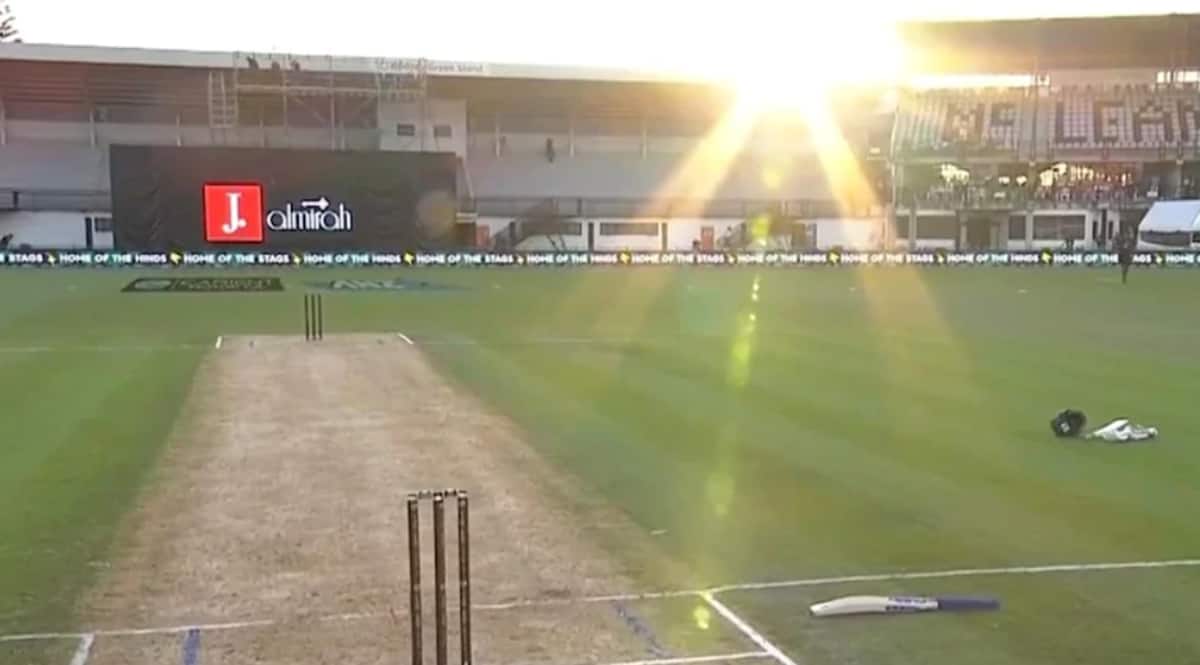 The McLean Park ground in New Zealand’s Napier saw a peculiar stoppage during the 3rd T20I vs Pakistan on Tuesday, when the angle of the sunlight made the ball hard to see for the batsman. Play was stopped till the Sun set and the home team’s innings continued after that. A similar stoppage at the same ground had also happened in January 2019 when New Zealand had met India in an ODI.

New Zealand batsman Glenn Phillips, who was at the crease during the 12th over of the home team’s innings, said he was not being able to spot the ball when Haris Rauf was bowling.

“For me personally, I could not spot the slower ball that he bowled,” Phillips told the commentators from the ground via microphone.

Pitches in cricket grounds are positioned in a North-South direction to avoid such a scenario, but at McLean Park, the pitch is facing East-West. This meant the sun could creep into the batsmen’s eyes to create issues.