Real Madrid and Barcelona had already opposed the deal with investment fund CVC, saying that although it would provide an important cash influx over the next three years, it would ultimately hurt the teams' broadcast rights in the long term. 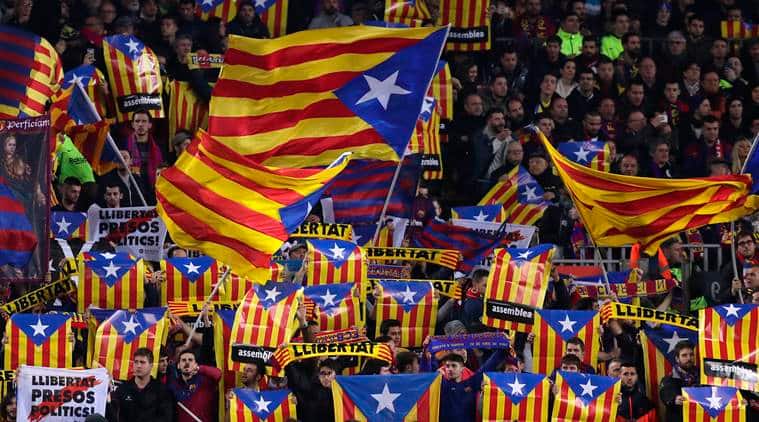 The Spanish soccer federation has come out against a proposed multibillion-dollar Spanish league deal with an investment fund, saying that it is illegal and could hurt the competition in the long term.

The federation’s stance came a day before the clubs from the first and second divisions in Spain vote on whether to approve the agreement that secured 2.7 billion euros ($3.2 billion) to boost the clubs’ finances and help the league grow and move closer to cutting into the Premier League’s global dominance.

Real Madrid and Barcelona had already opposed the deal with investment fund CVC, saying that although it would provide an important cash influx over the next three years, it would ultimately hurt the teams’ broadcast rights in the long term.

Madrid said Tuesday it will sue the president of the Spanish league and CVC. It said it will ‘take any legal action it considers appropriate to annul and render ineffective any possible resolutions adopted’ by the league’s general assembly on Thursday.

The Spanish federation said the 50-year deal could “irreversibly affect the future of the competition.” It said the league did not have the right to seal such an agreement, and that it received several complaints from clubs.

The league, which expected to have the votes of the majority of the clubs to approve the deal, responded to the federation’s statement saying it “rejected its subjective and false opinions” about the agreement.

The league had already contested Madrid’s statement by saying it had the necessary legal backing for the deal to go through. It also accused Madrid of threatening other clubs with “coercive methods.”

Madrid and the federation have often been at odds with the league and its president, Javier Tebas.

As part of the agreement, the private equity firm which used to own Formula One would have a share of about 10% of the league’s revenues and a stake of 10% in a new commercial entity that values the league at 24.2 billion euros ($28.4 billion).

The clubs would receive 90% of the money paid by CVC, with 70% aimed at long-term investments. Some of the money would also go toward paying off debts and increasing their spending limits on players and coaches.