In a video that has been doing the rounds on social media, Chahar can be seen putting a ring on his partner’s finger and hugging her in the stadium. 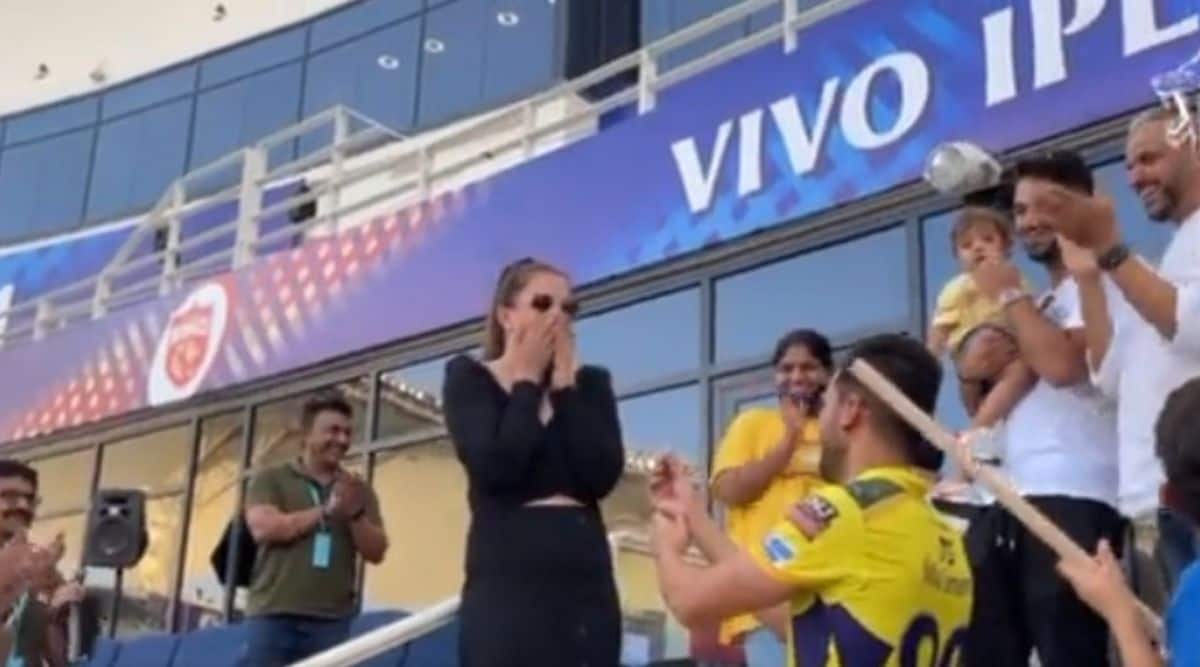 Even though CSK lost the match against Punjab Kings on Thursday, the ending will hold a different meaning for Chennai player Deepak Chahar who proposed to his partner after all was said and done on the field.

KL Rahul’s unbeaten 98 may have dampened the spirits a little bit but Chahar was all smiles as he celebrated his engagement. In a video that has been doing the round on social media, Chahar can be seen putting a ring on his partner’s finger and hugging her in the stadium.

In the match, Punjab Kings had limited Chennai Super Kings to 134 for 6 despite Faf du Plessis’ 76 off 55 balls. The CSK score was largely due to the fighting half-century by veteran South African player du Plessis and the 26 runs in the last two overs. None of the other CSK players crossed 15-run mark.

KL Rahul saved his best for the last as his unbeaten 98 pff 42 balls, which for a change was full on intent quotient, helped Punjab Kings crush Chennai Super Kings by six wickets. Chasing 135 for victory, the Punjab team stormed to victory in 13 overs as the CSK skipper M S Dhoni could not find answers to stop Rahul’s onslaught.

Thakur picked three wickets for 28 runs in three to be CSK’s best bowler on a day when the other bowlers including Deepak Chahar (1/48 from 4 overs), Josh Hazlewood (0 for 22 in 3 overs) and Dwayne Bravo (0/32 in 2 overs) looked clueless in the face of Rahul’s stylish onslaught.