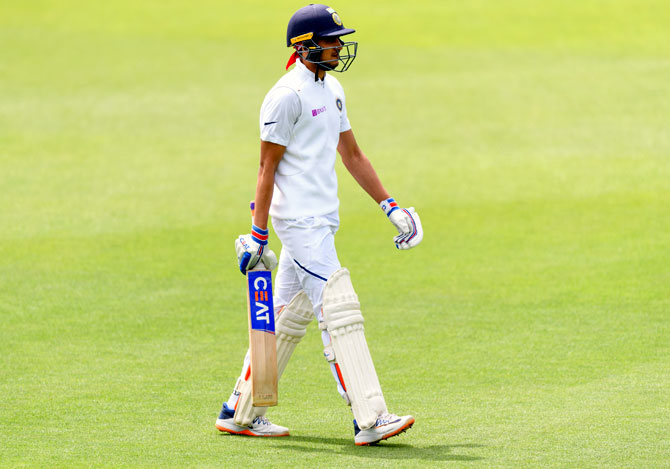 India got off to a horror start in their practice match as youngsters Prithvi Shaw, Mayank Agarwal and Shubman Gill failed with the bat on Day 1 of the three-day game against New Zealand XI at Seddon Park, in Hamilton, on Friday.

All the batsmen were dismissed by fast bowler Scott Kuggeleijn as India were reduced to 5/3 in the seventh over.

Shaw, who opened the innings with Agarwal, perished in the very first over as he was caught by Rachin Ravindra off Kuggeleijn for a duck.

For the three-day practice game, the two teams had mutually agreed that the visiting team will bat first.

Ajinkya Rahane also failed to get going with the bat, as he was dismissed by James Neesham for 18, as India slipped to 38/4 in the 16th over.

Regular opener Rohit Sharma has been ruled out of the Test team due to an injury and one of either Shaw or Gill are likely to replace him to open the innings along with Agarwal.

India will take on New Zealand in the first match of the two-Test series, starting at Wellington on February 21.

Hanuma Vihari and Cheteshwar Pujara rallied India after the early wickets as they both hit half-centuries to rally India to 201 for four in 65 overs.