Antil alleged that there is more than what meets the eye in the rapid improvement in her rival’s performance over a relatively short period. 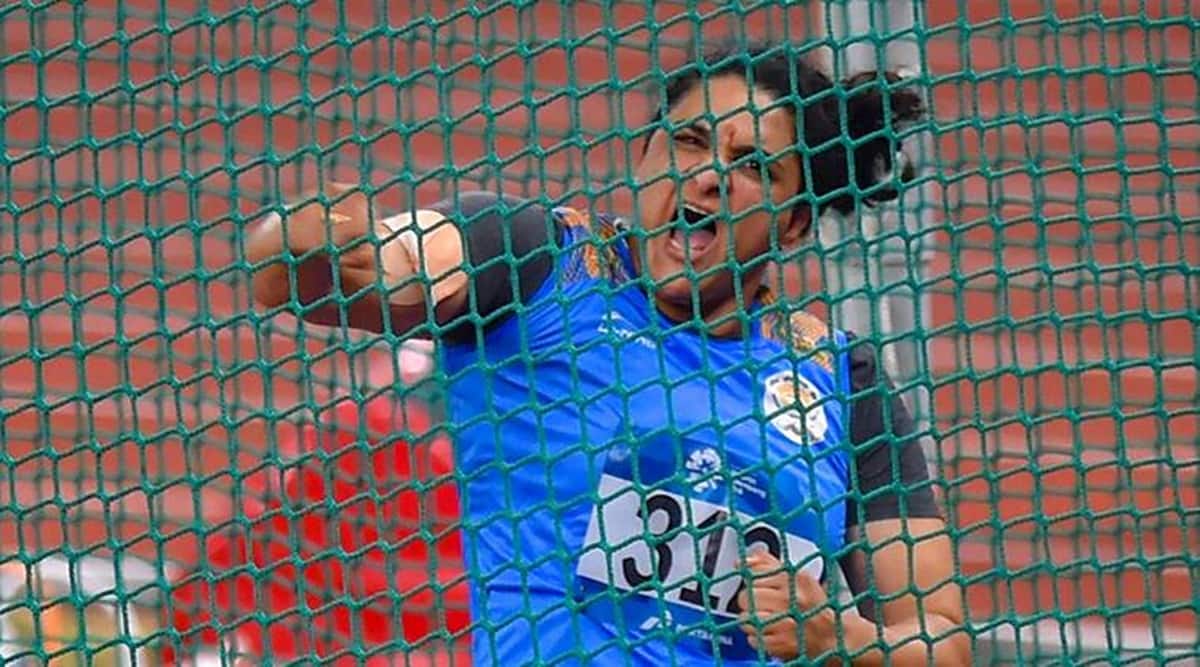 On a day she qualified for the Tokyo Olympics, discus thrower Seema Antil asked the Athletics Federation of India (AFI) to conduct a hyperandrogenism (testosterone and other androgens) test on one of her Indian competitors.

Antil alleged that there is more than what meets the eye in the rapid improvement in her rival’s performance over a relatively short period.

“Judging by her physical build and extraordinary improvement, (she) doesn’t seem ‘normal’,” Seema wrote in her letter to various AFI functionaries.

Seema has named the athlete in her letter but The Indian Express isn’t identifying her to protect her privacy.

“In my career spanning more than two decades, I have not come across such improvement in any athlete. Over the last four years, this 25-year-old has improved her performance by 12-14 metres, which is unusual. Hence, I request you to conduct a hyperandrogenism test on the athlete in the interest of a level playing field, sporting spirit and meaningful competition.”

Seema also claimed her rival’s coach did not have a background in the discus throw event. Seema said the coach used to be a high jumper and has no role in the athlete’s rapid improvement.

“If the country is serious about getting good results at the Olympics and several foreign coaches have been hired towards that end, why are the other athletes denied the guidance of the coach of the national record holder?”

Seema said if female athletes with unusually high testosterone levels are allowed to compete unchecked, it would demoralise other women athletes and their coaches in the absence of a level playing field.

“There’s a lot of anger and dissatisfaction among women athletes over competition with such athletes. Even though their voices are muted at the moment, the feelings are bubbling inside.”

A former Asian Games gold medallist, Seema said she has won several laurels for the country over her career – including four medals at the Commonwealth Games – but has never seen any athlete, whether at the national or international level, producing such dramatic results. Antil qualified for Tokyo Games with a 63.72m throw on the final day of the 60th National Inter-State Athletics Championships at the National Institute of Sports here on Tuesday.

“Our senior officers, federation office-bearers, senior and junior athletes, as well as the tax-paying public, will conclude that we have misused the facilities provided as we haven’t been able to show such dramatic improvement in our performance and are not giving our best for the country,” she said.

According to World Athletics’ Eligibility Regulations for Female Classification, athletes with Differences in Sex Development (DSD) cannot compete in international races between 400 metres and one mile (restricted events) unless they reduce the testosterone level in their blood to below 5 nanomoles per litre for a period of six months. However, DSD athletes are free to participate in events outside the restricted category. The discus throw does not fall in the restricted category. So Antil asking the Athletics Federation of India to test her competitor is unlikely to be heeded to.

World Athletics says DSD athletes have an advantage in all events, but have the biggest advantage in the restricted ones because of ‘elevated levels of circulating testosterone’. The eligibility regulations introduced in 2019, replaced the earlier hyperandrogenism regulations which were in place since 2011.