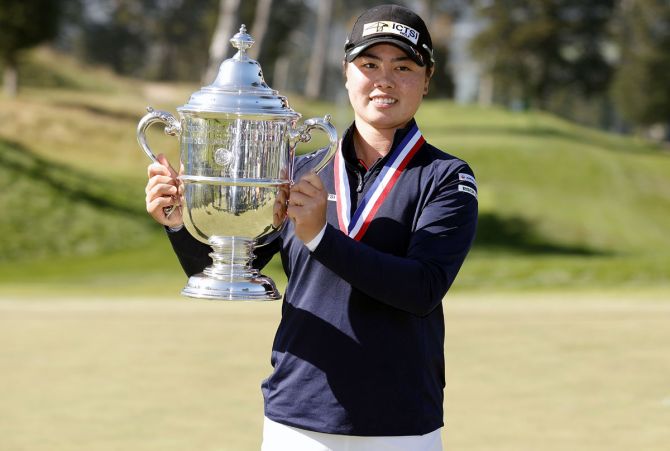 Yuka Saso battled back from a horrid start to best Japan’s Nasa Hataoka in the third hole of a sudden death playoff to win the 76th US Women’s Open golf championship at the Olympic Club in San Francisco on Sunday.

With the victory, the 19-year-old Saso became the first Filipino player to win a golf major and announced herself as a new force in the game.

Saso pumped her firt and smiled after drilling a 10-foot birdie putt to seal the win before having champagne poured on her to close out a picture-perfect day at the Lake Course.

“I was actually upset,” she said about two double bogeys in her first three holes, which seemed to doom her chances.

“My caddie talked to me and said there are still many holes to go and to keep doing what I’ve been doing the past few days,” she said. “And to trust the process.”

All week Saso enjoyed the vocal support of fans from nearby Daly City, which is home to a large Filipino population.

“There were so many people holding up Philippines flags,” she said. “It made me really happy.”

Saso, who earlier in the tournament revealed she has tried to emulate four-time men’s major champion Rory McIlroy’s swing, received encouragement from the Northern Irishman on social media on Sunday. 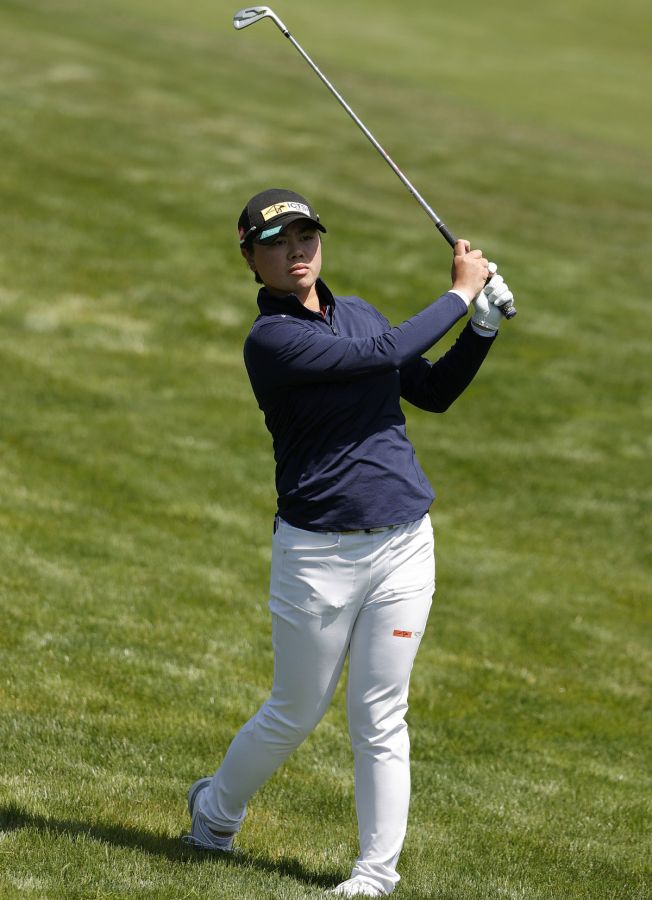 At 19 years, 11 months and 17 days, Saso matched South Korea’s Park Inbee to the day as the youngest champion at the women’s game’s oldest major.

Saso had to survive a late charge by Hataoka, who was seeking to become the latest Japanese major champion after Hideki Matsuyama triumphed at the Masters earlier this year.

After starting the day six strokes off the lead, Hataoka stormed from behind with three birdies on her last six holes but could only manage pars on the three playoff holes and was forced to watch on as Saso sank the winning shot.

The playoff came after American Lexi Thompson, who led by four strokes after her first nine holes, suffered a heartbreaking collapse on the back nine.

Thompson, 26, had her elusive second major title in sight but began to struggle with her accuracy off the tee on the back nine and missed a crucial par putt on 17 as well as one on 18 that would have seen her into the playoff.

The popular American, who was playing in her 15th US Women’s Open, could only manage a disappointing four-over 75 on Sunday.

Thompson has been working on taking a more positive mindset to the game and while she admitted it was hard to smile after the letdown, she said it had been “an amazing week”.

“I played not so well today with a few of the bogeys coming in on the back nine, but the fans were unbelievable,” she said.

“Hearing the chants, it gives me a reason to play. I’ll take today and I’ll learn from it.”

The 76th edition of the US Women’s Open was the first time it has been played at the challenging Olympic Club, the oceanside course that has hosted five men’s US Opens.

Next year’s tournament will be played at Pine Needles Golf Club in North Carolina before it returns to California at Pebble Beach in 2023.