Cristiano Ronaldo set the record for most goals at the European Championship with two of them in Portugal's 3-0 victory over Hungary at a packed Puskas Arena. 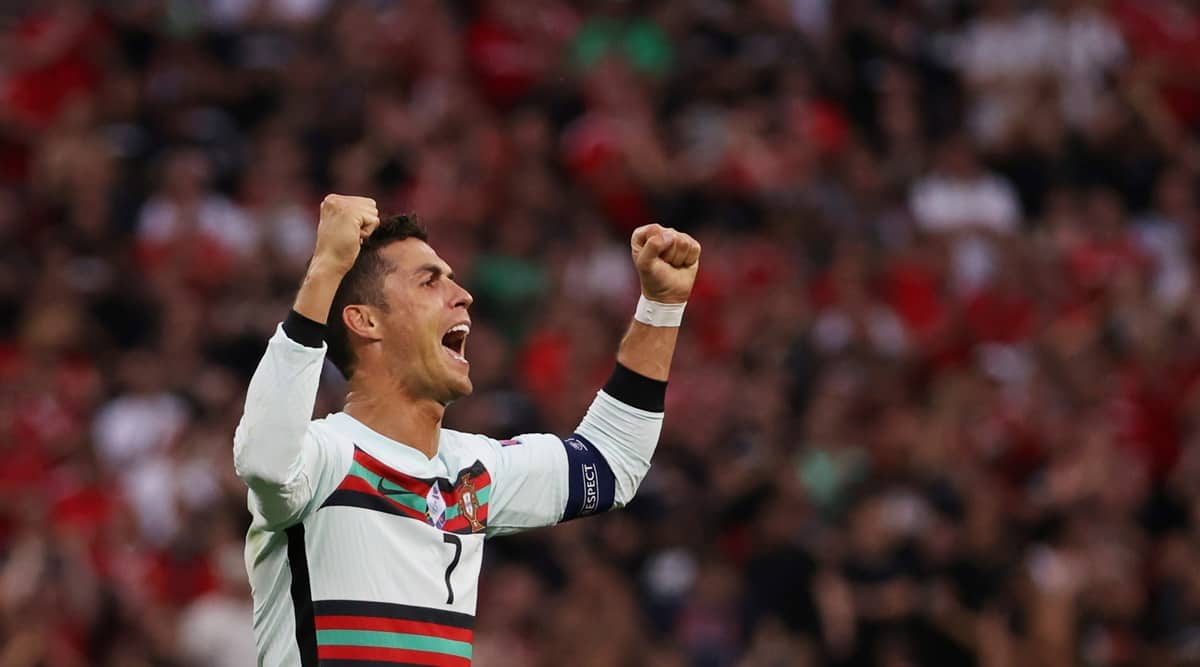 Cristiano Ronaldo set the record for most goals at the European Championship with two of them Tuesday in Portugal’s 3-0 victory over Hungary at a packed Puskas Arena.

Ronaldo scored his 10th goal at the tournament from the penalty spot in the 87th minute and then added a second in injury time. He has now scored 11 goals over five continental tournaments. He entered the match even with Michel Platini at nine goals.

Portugal defender Raphael Guerreiro scored the opening goal three minutes before Ronaldo’s first with a shot that deflected off a defender and wrong-footed goalkeeper Peter Gulacsi.

Ronaldo had missed an easy chance near the end of the first half when he hit a shot over the crossbar from close range.

It was the first match of the tournament to be played in front of a full crowd amid the coronavirus pandemic.

The 67,215-capacity Puskas Arena went wild with celebration after 80 minutes when substitute Szabolcs Schon cut inside from the right and planted a low shot into the corner of the net. But the goal was ruled out because Schon was offside when he ran onto the pass.