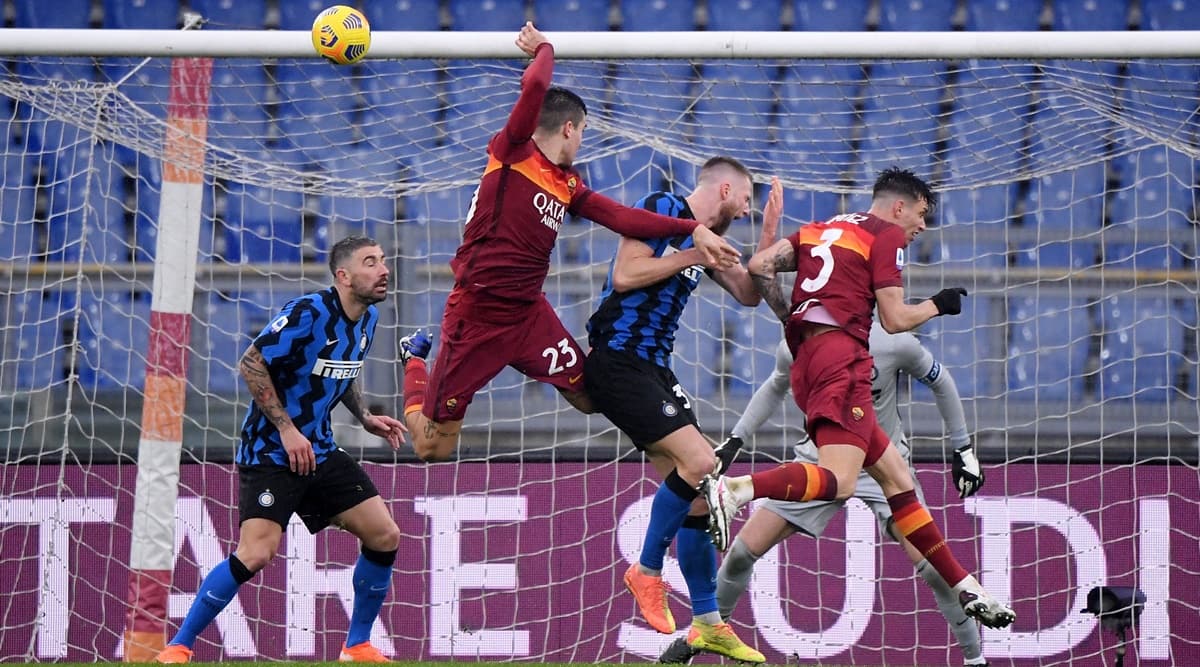 Mancini headed in the equalizer four minutes from time after goals from Milan Skriniar and Achraf Hakimi appeared to have handed Inter the win. Lorenzo Pellegrini had scored the opener for Roma.

The result left Inter three points behind Serie A leader AC Milan, which won 2-0 at Benevento on Saturday. Both Milan teams are looking to end Juventus’ nine-year grip on the title.

Inter, which plays Juventus next weekend, remained three points above third-place Roma. Juventus can move to within four points of Inter _ with a match in hand _ if it wins at home to Sassuolo later, with the visitors surprisingly only a point behind the Bianconeri in the table.

“Let’s not forget that Roma are fighting for the same thing we are,” Inter coach Antonio Conte said. “Going away to the third-place team in the league and playing like this means we’re an organized and strong team.

“We had the chance to kill off the game but couldn’t manage it, and let Roma back into it late on _ because we were out of energy. It’s a shame because, with a few minutes to go, we were beating a strong side.”

The match in the Italian capital was a direct battle for second spot and Inter threatened to take an early lead but Romelu Lukaku’s header was acrobatically fingertipped over the bar by Pau Lopez.

Instead it was Roma that took the lead in the 17th minute when Pellegrini’s shot took a slight deflection to go into the bottom left corner after a swift counterattack.

Lautaro Martinez had a goal ruled out for offside shortly before the break but Inter has often performed better in the second half this season and so it proved again.

Inter went close several times before Skriniar headed in a corner in the 56th. Hakimi fired Inter in front seven minutes later when he collected a pass on the right, cut inside and curled a strike into the far top corner.

Inter appeared to be heading for a valuable win but Roma upped the pressure in the dying minutes. Mancini had an effort well saved by Samir Handanovic but the defender headed in the resulting corner for the equalizer.