Mason Greenwood's low strike proved to be decisive as Manchester United made it 28 unbeaten on the road in the league, beating Arsenal's record set between April 2003 and September 2004. 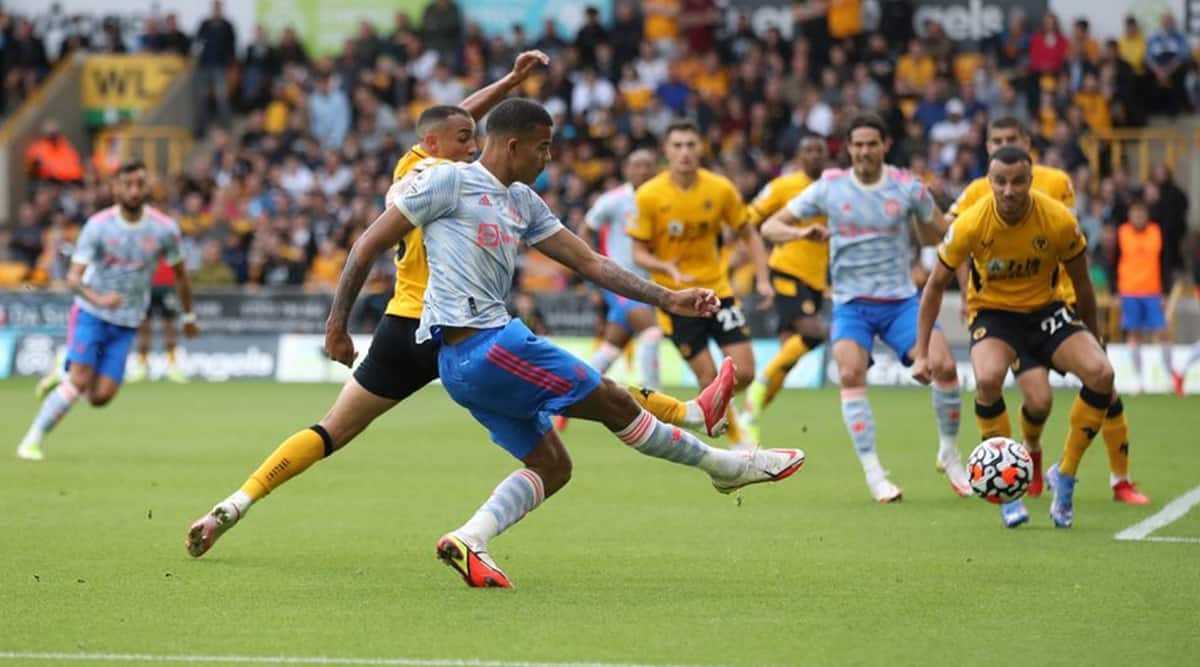 Mason Greenwood’s late winner earned Manchester United a 1-0 win at wasteful Wolverhampton Wanderers in the Premier League on Sunday, breaking the record for the longest unbeaten away run in English Football League history in the process.

Greenwood’s low strike was decisive after Wolves had missed a host of chances throughout the match as United made it 28 unbeaten on the road in the league, beating Arsenal’s record set between April 2003 and September 2004.

The home side threw everything at United early on, with Raul Jimenez and Trincao going close, but the visitors somehow clung on until halftime, without offering much as an attacking threat.

Wolves continued to the better side after the break, with David de Gea making a remarkable double save to keep out two close range efforts from Romain Saiss.

Jadon Sancho, who had a quiet full debut, was replaced in the second half as United went in search of the winner, with home-grown youngster Greenwood netting his third in as many games to snatch all three points.

Wolves were adamant there was a foul from Paul Pogba in the build-up to the winner but nothing was given, as United made it seven points from nine so far this season to sit third in the standings, while Wolves stay 18th without a point or goal.

Tottenham Hotspur maintained its 100 percent start to the season with a 1-0 win over Watford on Sunday thanks to a first half goal from Son Heung-Min.

Spurs’ striker Harry Kane, who had been the subject of a lengthy but unsuccessful transfer bid from Manchester City, made his first start of the season for the club.

Tottenham heads into the international break at the top of the table having won all three games 1-0 under new manager Nuno Espirito Santo. Watford are 12th with three points.

In the other match, Patrick Bamford celebrated his England call-up with the equaliser on Sunday as Leeds United came back for a 1-1 draw at Burnley in the Premier League.