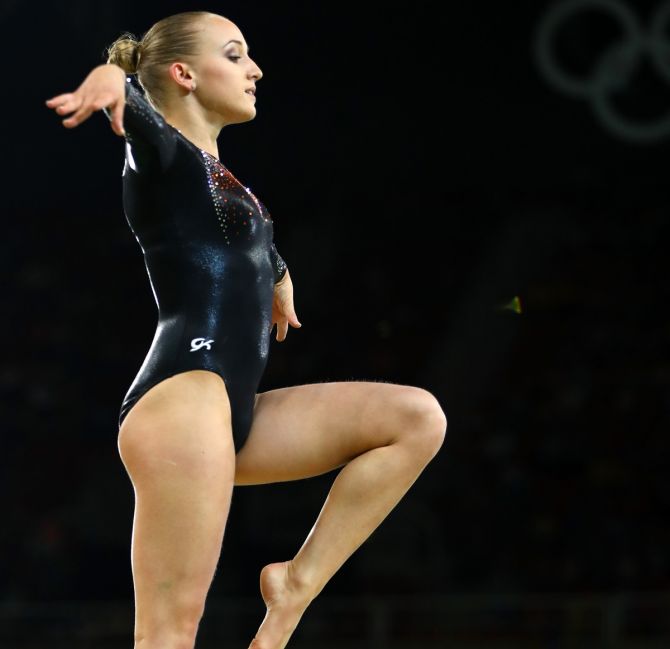 With the Tokyo squads smaller than in prior Games, it is harder than ever to make it onto an Olympic gymnastics team.

Having a built-in ‘best friend’ in the sport appears to offer a special competitive edge.

The probability of being a twin in the global population is about 2 per cent, but there are three sets of twins among the 12 four-athlete teams qualified for the women’s artistic event.

The postponed Tokyo 2020 Games will be the second Olympics for 29-year-old Sanne and Lieke Wevers of the Netherlands.

Sanne is the reigning Olympic balance beam champion, beating out US favourites Simone Biles and Laurie Hernandez in Rio in 2016 with her unique composition of difficult spins and dance moves. A last-minute hug from her sister moments before the final is among Sanne’s fondest memories of that day.

“When you have your best buddy with you at the moment you need her the most, that really helped me losing some nerves,” she said in a video posted to her YouTube channel a year after her victory.

Asia and Alice D’Amato, 18, will represent Italy after being part of the bronze-medal team at the 2019 World Championships, their country’s first world medal in the team event since 1950.

The youngest twin artistic gymnasts at these Games at just 16 are Jessica and Jennifer Gadirova of Britain. Jessica, who took home floor exercise gold at this year’s European Championships, has been training with her sister for a decade.

“It’s like having a best friend with you 24/7,” she told British Gymnastics last week. Both sisters cite defending world and Olympic all-around champion Biles as their idol. 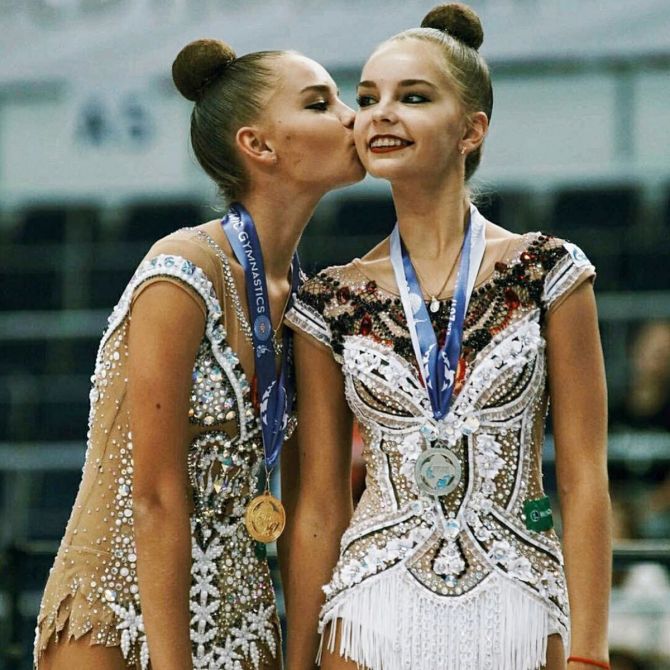 The twin theme even extends to rhythmic gymnastics, where Russians Dina and Arina Averina are favourites for the podium. The 22-year-olds, who have 27 world championship medals between them, say their differing personalities help each other excel.

“There has never been any competition between us. Quite the opposite: we support each other,” the twins said in 2019. “If one doesn’t succeed, then it is up to the other to hold up the Russian flag.”

Twins in Olympic gymnastics are less common than the Tokyo Games might suggest, but among the most memorable pairs are Americans Paul and Morgan Hamm. Paul won the all-around in Athens in 2004, and both the brothers’ efforts secured a team silver for the United States.