Sweden’s footballer Zlatan Ibrahimovic unveiled his own shirtless bronze statue in his hometown of Malmo on Tuesday.

“We are Zweden,” the LA Galaxy footballer captioned the picture on Twitter. The 38-year-old began his professional career at the Malmo Stadium in 1999.

The statue depicts Ibrahimovic celebrating in his own trademark style, with arms outstretched. 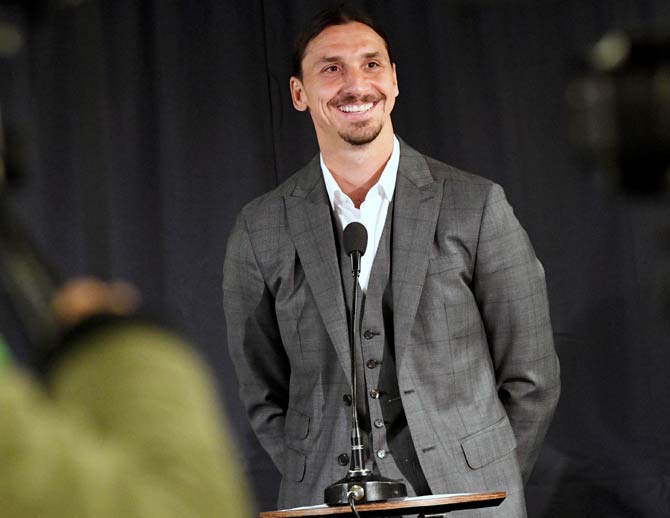 However, his famous tattoos were not carved on the torso.

Ibrahimovic is enjoying a break ahead of the MLS playoffs. He has scored 30 goals from 29 regular-season games in 2019 to help his team finish fifth in the Western Conference.