Images from Day 1 of the first Test between India and New Zealand in Kanpur on Thursday.

Opener Shubman Gill scored an unbeaten half-century to help India recover after an early wicket in the morning session on Day 1 of the first Test at the Green Park Stadium in Kanpur on Thursday.

He hit five fours and a six in 87 balls, while Cheteshwar Pujara was at his defensive best at the other end to score 15 from 61 balls, with the duo putting on an unbroken stand of 61 runs for the second wicket.

Gill, who was ruled out of Test series in England because of injury, played some delightful shots to put the New Zealand spinners on the backfoot. 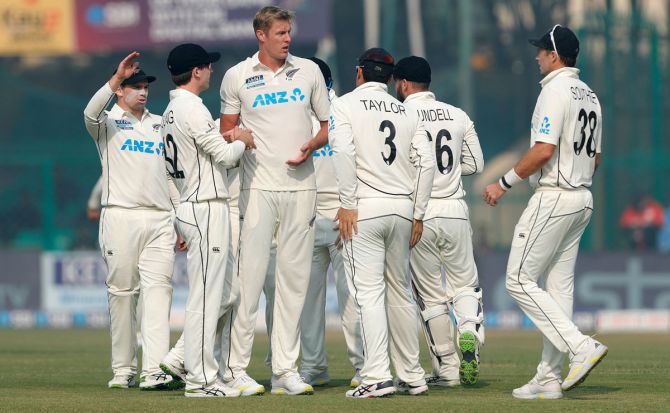 India, who had elected to bat, suffered an early blow when Mayank Agarwal was caught behind off Kyle Jamieson for 13. The tall pacer played a probing spell with the new ball, getting it to move, for wonderful figures of 1/12 in six overs.

The young opener was lucky to survive a leg before shout early on his innings. Gill, on 6, came down the track to left-arm spinner Ajaz Patel but was beaten in the flight and was struck on the pads. However, he was fortunate that the Kiwis didn’t take the review as he would have been dismissed otherwise with the ball tracker showing the impact in line with the ball going on to hit the stumps.

Gill had also managed to overturn the LBW decision off Tim Southee in the third over after the ball had hit the pads off an inside edge. 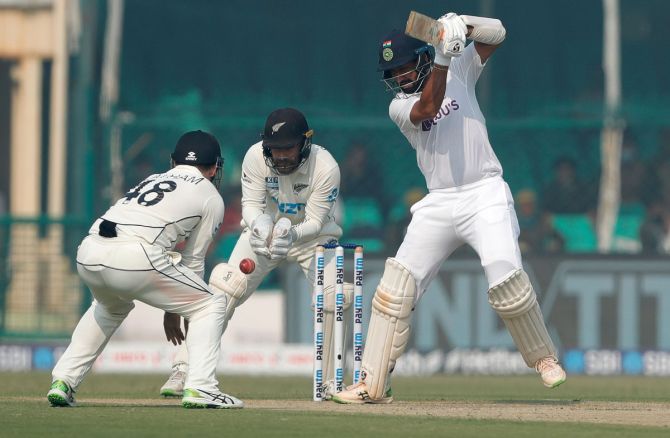 Having survived a tough spell from the pacers, Gill played more positively against the spinners. He adopted a positive approach against Patel, taking toll of anything short with the square cut or used his feet to drive the tossed up deliveries.

He was quite severe on Patel, hitting the spinner for a six straight down the ground before cutting a short ball past point for a four, in the 17th over.

Patel was unable to control the flow of runs as he conceded 35 runs in his nine overs. Left-arm spinner Rachin Ravindra did get some turn in the couple of overs he bowled before lunch.

Gill completed his half-century from 81 balls with a single off spinner William Somerville in the 27th over. 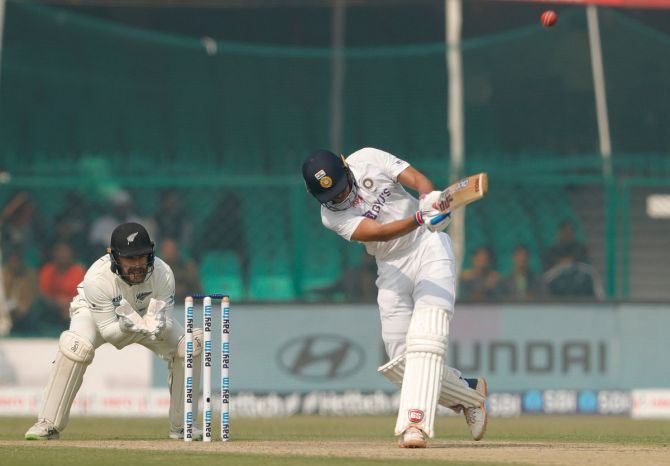 He will be looking to consolidate in the next two sessions and go on to hit a century, which will put India in a commanding position on the opening day.

Regular India captain Virat Kohli has skipped the opening Test, while several other senior players have been rested from the two-match series to manage their workload.