Images from Day 3 in the second Test between England and India, at Lord’s, on Saturday.

Joe Root again tormented a listless Indian bowling attack while Jonny Bairstow added to the tourists’ woes as England put up 216 for 3 by lunch on the third day of the second Test, at Lord’s, on Saturday.

Root, a nemesis of Indian bowlers since his international debut, was at his best as he attacked them from the start of the third day and found an able ally in Bairstow, who also scored runs at a fair clip.

England’s captain, who is inching towards his 22nd Test hundred, is currently batting on 89 off 171 balls, inclusive of nine boundaries. 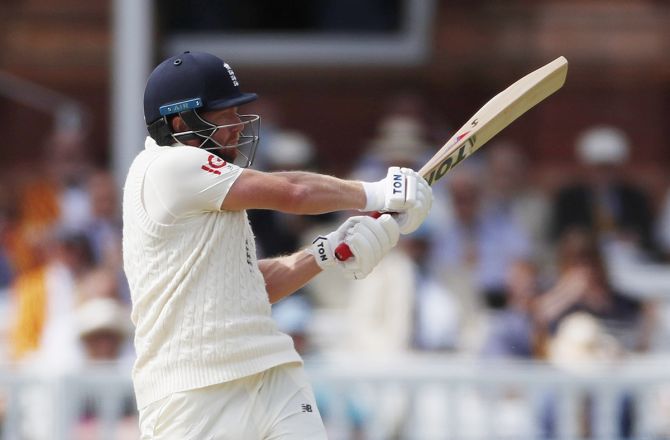 Bairstow, who vindicated coach Chris Silverwood’s decision to persist with him by registering his 22nd half-century, was undefeated on 51 off 91 balls, which included six boundaries.

The duo added 108 runs for the third wicket as Virat Kohli’s five-pronged attack failed to make a single breakthrough on a pitch that had already slowed down a touch and became easier for batting.

Save Jasprit Bumrah (0/34 in 15 overs), none of the Indian pacers looked like troubling the duo, who scored boundaries at will to release the pressure in the first hour itself. 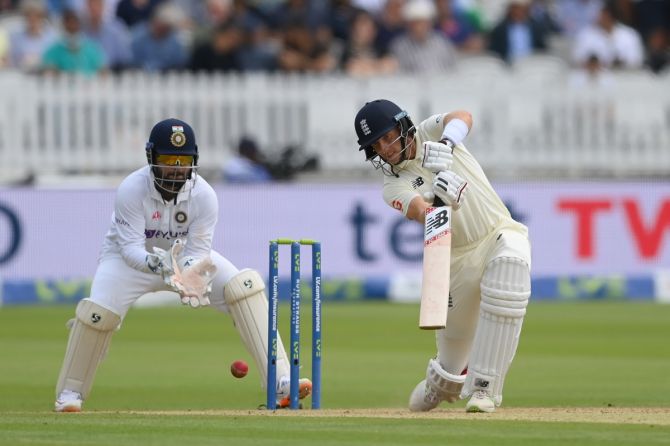 Root started the session with a square drive for a four off Mohammed Siraj (2/49 in 17 overs) to reach his third successive fifty-plus score in the series.

Shami (1/60 in 16 overs) and Siraj, during the first half an hour, went for at least six boundaries as skipper Kohli had no clue how to set the field for bad deliveries that the normally dependable Shami and the inexperienced Siraj bowled. There were only two maiden overs in that first hour of play in which 54 runs were scored and suddenly India, who were leading the charge in the first two days, went on the back-foot.

Bumrah, who bowled hard lengths with the old ball, was the only one to trouble the English batsmen. Ishant, who was not played in the first Test, drifted too much on the pads while Shami provided a lot of width for both Root and Bairstow to play their cuts and drives.

Ravindra Jadeja bowled a few overs but there was not much help for him too.