Robinson made an impressive Test debut at Lord’s, taking seven wickets in the match and scoring 42 runs in the first innings. The suspension, however, has put a serious question mark over his international future. 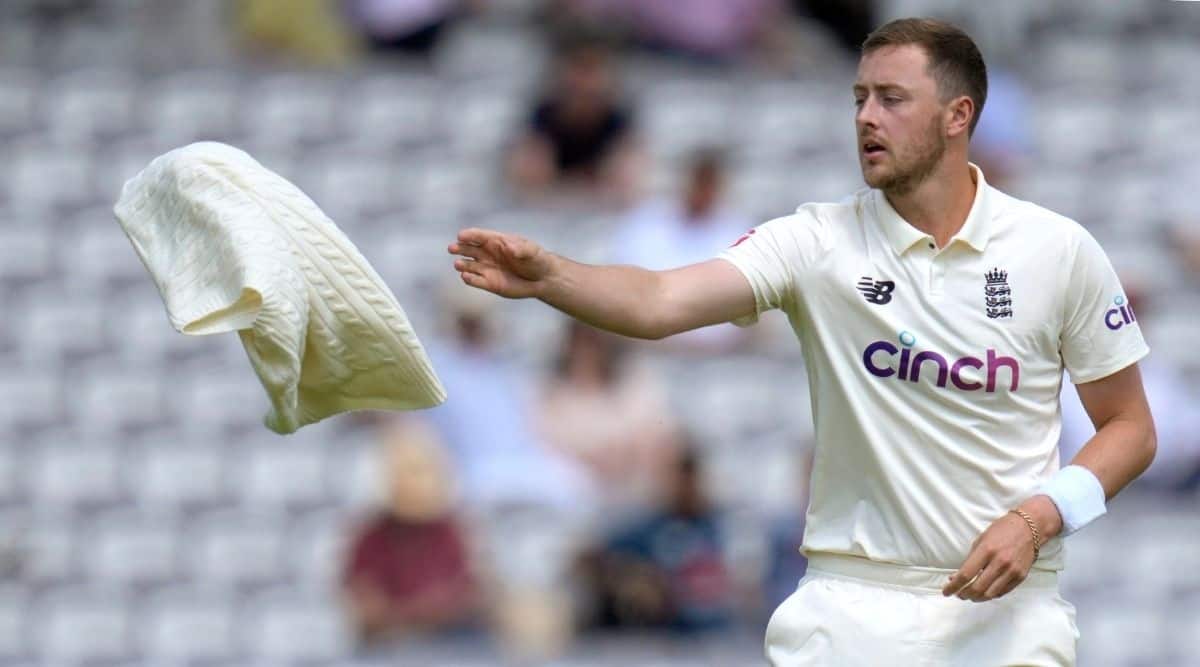 Events related to England medium pacer Ollie Robinson have overshadowed the drawn first Test at Lord’s. At the end of the first Test between England and New Zealand, the England and Wales Cricket Board (ECB) suspended the 27-year-old seamer from all international cricket for offensive/abusive tweets he posted eight and nine years ago. The ECB’s decision has divided opinion, with ministers and MPs too, wading into the controversy.

Robinson made an impressive Test debut at Lord’s, taking seven wickets in the match and scoring 42 runs in the first innings. The suspension, however, has put a serious question mark over his international future.

Robinson had posted racist and sexist tweets when he was a teenager. In one tweet from 2012, he had said: “My new Muslim friend is the bomb”. Another tweet read: “I wonder if Asian people put smileys like this ¦) #racist”, while a third had this: “Guy next to me on the train definitely has Ebola.” The tweets resurfaced on the first day of the first Test. Some of those tweets were posted when Robinson was playing for Yorkshire and the County, as reported by BBC, had sacked him for “unprofessional behaviour”.

At the end of the first Test, the ECB put out a statement, saying: “England and Sussex bowler Ollie Robinson has been suspended from all international cricket pending the outcome of a disciplinary investigation following historic tweets he posted in 2012 and 2013.

“He will not be available for selection for the LV= Insurance second Test against New Zealand starting at Edgbaston on Thursday 10 June. Robinson will leave the England camp immediately and return to his county.”

Politicians have now waded into the controversy and the ECB’s decision hasn’t gone down well with a lot of them. Secretary of state for digital, culture, media and sport (DCMS) Oliver Dowden has urged the English cricket hierarchy to have a rethink. “Ollie Robinson’s tweets were offensive and wrong,” Dowden tweeted, adding: “They are also a decade old and written by a teenager. The teenager is now a man and has rightly apologised. The ECB has gone over the top by suspending him and should think again.”

And the culture secretary reportedly has British Prime Minister Boris Johnson’s backing. “Yes. The Prime Minister is supportive of the comments from Oliver Dowden that he made via a tweet this morning. As Oliver Dowden set out, these were comments made more than a decade ago, written by someone as a teenager and for which they have rightly apologised,” Johnson’s official spokesperson was quoted as saying by Daily Mail.

While the Conservative Party MPs have by and large opposed the ECB’s decision, their Labour counterparts have supported it. UK’s minister for the Pacific, international environment, climate and forests Zac Goldsmith, a Tory MP, has called the suspension “disproportionate and absurd”. His tweet read: “He sent stupid tweets as a teenager, and has apologised profusely. What is to gain in trying to ruin his career over this? Completely disproportionate and absurd.”

His colleague George Freeman, an MP, aimed a jibe at the ECB. “Seriously? Posting inappropriate tweets when a teenager – for which he’s apologised – is now a disqualifying crime for playing cricket for your country? Seriously??” Freeman snapped.

Labour, however, have backed the ECB. Labour MP and shadow culture secretary Jo Stevens said: “It is right that the ECB takes the action that they think is necessary and appropriate to tackle racism and other forms of discrimination in their sport. They should not be criticised for doing so by the Secretary of State.”

England captain Joe Root straightaway called the twitter posts unacceptable. At the same time, he spoke about Robinson’s contrition as well. “In regards to the stuff that’s happened off the field, it’s not acceptable within our game. We all know that. He (Robinson) addressed the dressing-room straightaway. He obviously spoke to you guys (reporters) and other media outlets straightaway, fronted up to it,” Root said post-match.

“He showed a lot of remorse from that point onwards. You can see it’s very genuine from how he’s been around the group and the team,” the skipper added.

The future doesn’t look rosy for Robinson. In normal circumstances, he would have walked into the playing XI for the second Test against New Zealand. Now, the indefinite international cricket ban has created a big jeopardy. England’s next Test series is against India in August. So the earliest that Robinson can hope for is to return to the fold in a couple of months. Then again, by that time, the A-listers will return – Ben Stokes, Jofra Archer, Sam Curran and Chris Woakes. And as pointed out by former England fast bowler Jonathan Agnew in his BBC column: “… so even if Robinson is cleared to be available, his path back into the team could be blocked.”

India off-spinner Ravichandran Ashwin feels for Robinson, a player who has been shown the exit door after a very good debut Test. However, Ashwin has issued a veiled warning to ‘social media generation’. “I can understand the negative sentiments towards what #OllieRobinson did years ago, but I do feel genuinely sorry for him being suspended after an impressive start to his test career. This suspension is a strong indication of what the future holds in this social media Gen,” tweeted the senior off-spinner.