During his days as an active cricketer, Navjot Singh Sidhu could never be written off or slotted. 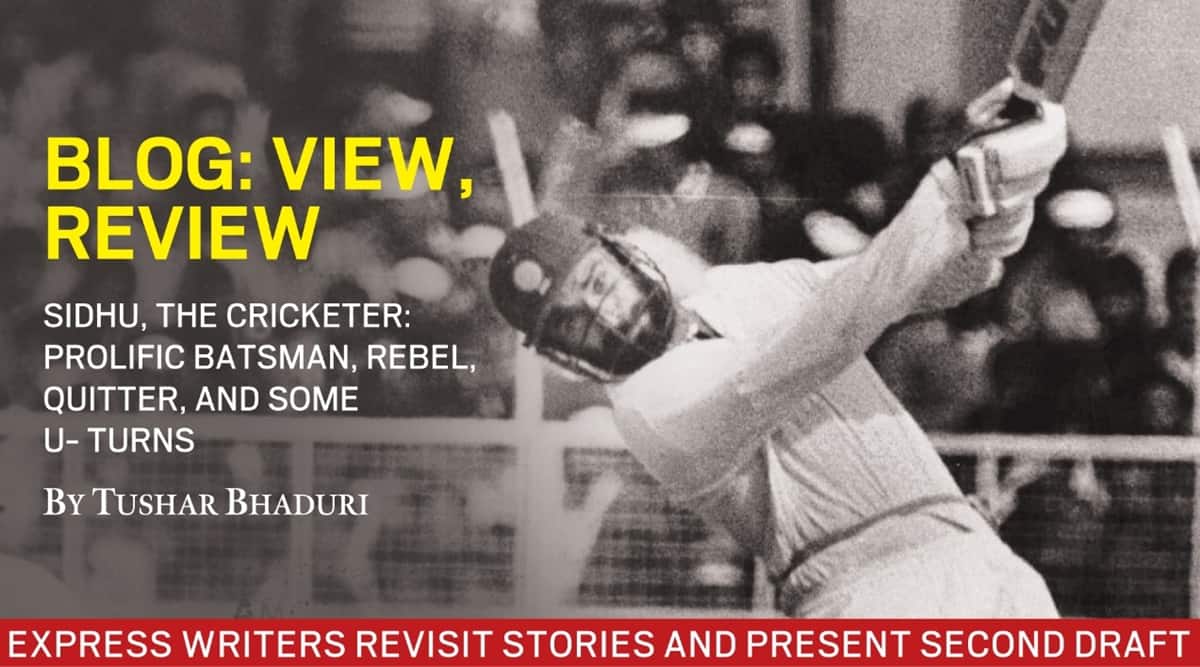 Cricket to commentary, reality TV shows to politics, Navjot Singh Sidhu has had the knack to surprise, to keep everyone on their toes about his next move.

With this background, the current upheaval in Punjab Congress shouldn’t puzzle those who have followed Sidhu’s cricketing career through his various avatars. Not many make the switch from the BJP to Congress, take on the chief minister – from his own party – force a change at the helm before stepping down from their own post a couple of days later.

An old teammate from his playing days puts it aptly: “With Sidhu, you never know…”

During his days as an active cricketer, Sidhu could never be written off or slotted. He was also famous for his flip-flops.

From being dubbed a ‘strokeless wonder’ for his dour batting to being anointed ‘Sixer Sidhu’, and from being seen as tongue-tied to becoming a glib talker, the man from Patiala has been no stranger to transformation. It makes the recent political about-turns of the son of a former Congress politician a little less difficult to understand. 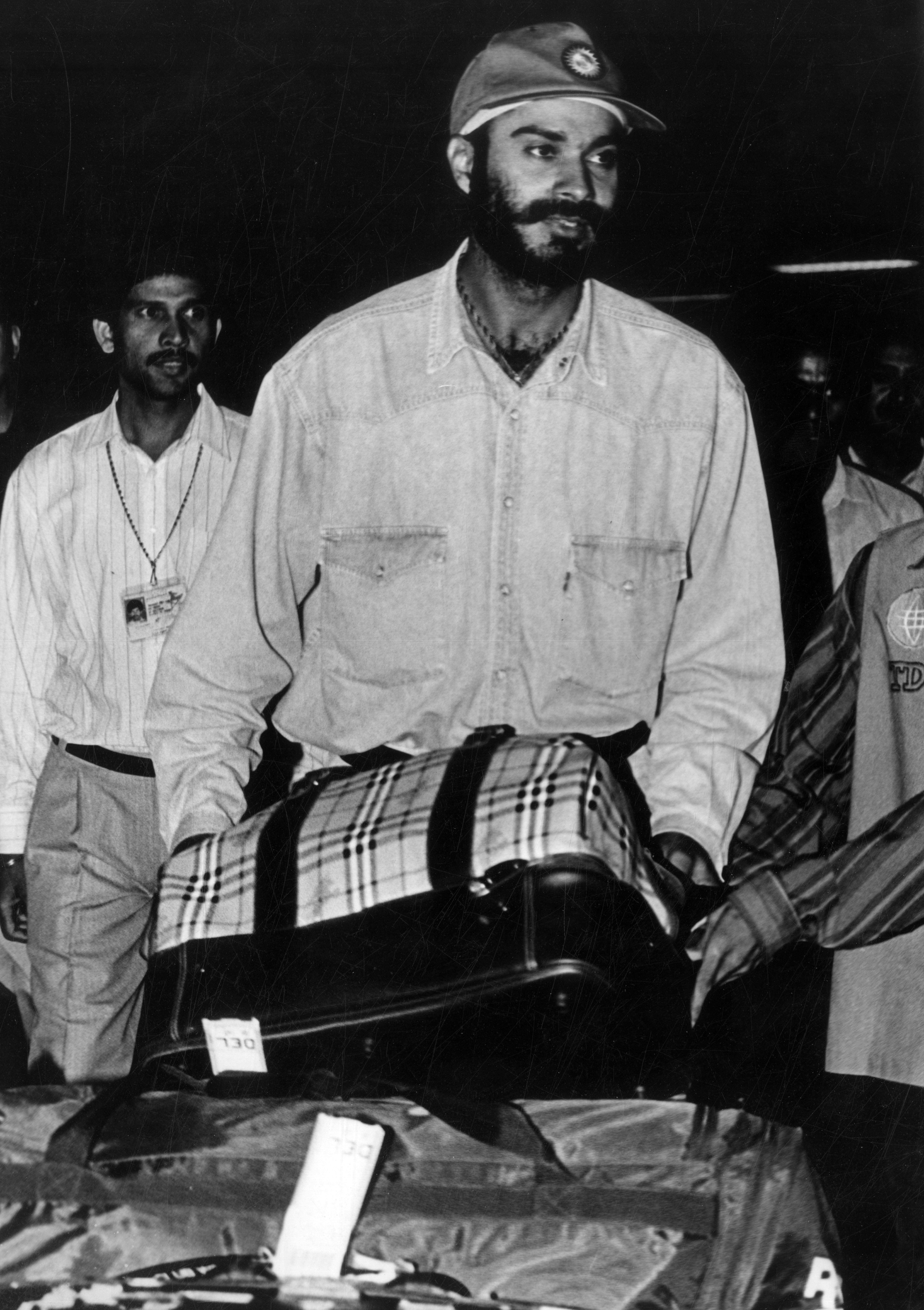 Here’s a man who returned midway from a tour of England alleging that the then India captain Mohammad Azharuddin was constantly abusing him, announced his international retirement, but days later told the cricket board’s inquiry committee that it was all his own fault and he was prepared to bear the consequences of his actions. He continued to dilly-dally about his plans but came back to the fold before long and ended up playing under Azhar, who he had blamed for his walkout.

Sidhu is rightly feted for his Test hundred at Kingston, Jamaica, in 1989 against the pace battery comprising Malcolm Marshall, Curtly Ambrose, Courtney Walsh and Ian Bishop – considered one of the bravest innings by an Indian. But at the same time, many who have played alongside him recall Sidhu suffering mysterious injuries after seeing the slightest tinge of green on a pitch. And more often than not, he wouldn’t come out to field after a long innings, one of the most famous instances being the 1996 World Cup quarter-final against Pakistan in Bangalore.

Sidhu will forever be linked with the events on the 1996 England tour. To understand the present Sidhu-triggered political turmoil in Punjab, revisiting that eventful series that brought to fore Indian cricket’s dressing-room intrigue would help.

Even tangentially, Sidhu’s walkout gave an opportunity to Rahul Dravid and Sourav Ganguly to cement their spots in the team. So, even though the decision may have been prompted by personal pique, it did some good for Indian cricket in the long run.

But what happened then has strange parallels to the goings-on in Punjab politics now. Former India all-rounder Manoj Prabhakar, who had retired from international cricket a few months before events in England came to a head, had squarely blamed then skipper Mohammad Azharuddin for Sidhu’s decision.

In an interview with The Indian Express, given during that 1996 England tour, he had accused Azhar of trying to “eliminate” all those who could threaten his position. “Why should they, otherwise, pick on Kapil (Dev) paaji, Sidhu and myself? My suspicion is that his (Azhar’s) next target may be Sanjay Manjrekar.” It may be recalled that Prabhakar didn’t play for India again after being taken to the cleaners in a World Cup game against Sri Lanka in Delhi a couple of months earlier. Azhar was the captain then too.

In Punjab too, with the recent exit of chief minister Amarinder Singh, one can witness the same power struggle. Like was the case in the Indian Team during the mid-90s, the political atmosphere in Punjab is no different. Sidhu might not be a veteran politician but he isn’t new to politics.

Going back to 1996, Sandeep Patil, who had recently taken over as head coach of the Indian team, had expressed his ignorance about Sidhu’s motives and reasons for the walkout. Twenty-five years later, the Congress high command too is apparently none the wiser about why Sidhu stepped down as Punjab Congress president after seeing his bete noire in state politics resign as chief minister. It may be only in the future that the public may get to know about the ways in which Sidhu’s mind works. He was among those who refused to divulge any secrets he knew about cricket match-fixing in his time with the Indian team as he didn’t want to disturb his tranquil post-retirement life in Patiala. Prabhakar had tried to coax his former teammate to say what he knew about Kapil’s alleged match-fixing links to a hidden camera for a Tehelka expose, but Sidhu refused to say anything against the legendary all-rounder.

“I am very clear on this. I am sitting peacefully in Patiala. I am miles away from these things. Main iske neede-teede bhi phatakna nahi chahta (I don’t want to come anywhere close to all this),” he had said.

The man who wanted to stay clear of controversy and spotlight now sees them chase him round the clock, or is it the other way round?