Mumbai Indians pace ace Jasprit Bumrah was at his devastating best as he picked up his first five wicket IPL haul against the Kolkata Knight Riders at the D Y Patil stadium in Navi Mumbai on Monday, May 9, 2022.

KKR Openers Venkatesh Iyer and Ajinkya Rahane (25 off 24 balls) added 60 runs in 5.4 overs after they were put into bat, but Shreyas Iyer’s side failed to capitalise on that promising start.

Nitish Rana blazed his way to a 26-ball 43, with three boundaries and four sixes before Bumrah (5/10) took five wickets in two overs to put the brakes on KKR. 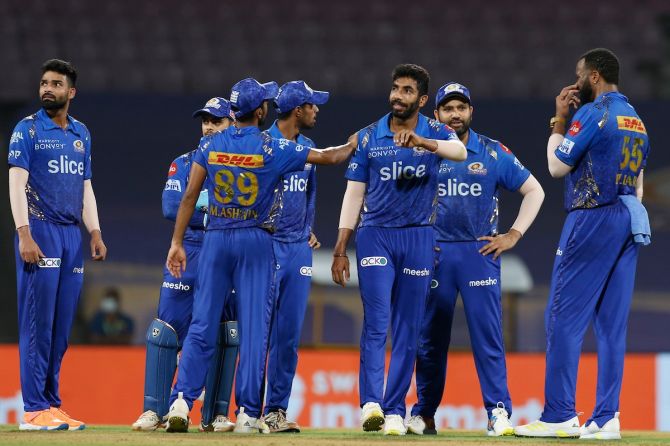 Andre Russell finished off the 14th with a couple of lusty blows as KKR were setting up for the death overs. The big hitting Russell lasted all of 5 balls and scored 9 before Bumrah sent him packing in the 15th over.

First ball, yorker on the crease which Russell just managed to dig out. The second was a short-pitched delivery that rose to Russell’s shoulder. He tried to hit it across the line only to sky it and Kieron Pollard did the rest. It was Bumrah masterclass! Before the over was out, Bumrah’s well directed bouncer claimed Rana’s wicket.

In the 18th over, Rinku Singh and Sheldon Jackson tried to take on the MI bowling, but Bumrah struck again. First, Jackson, brilliantly caught by Daniel Sams for a 7-ball 5.

Two balls later, Bumrah struck to remove Pat Cummins for a duck and KKR well and truly crumbled again. Off the next ball, Bumrah caught Sunil Narine off his bowling and completed a richly deserved first fifer in T20 cricket. 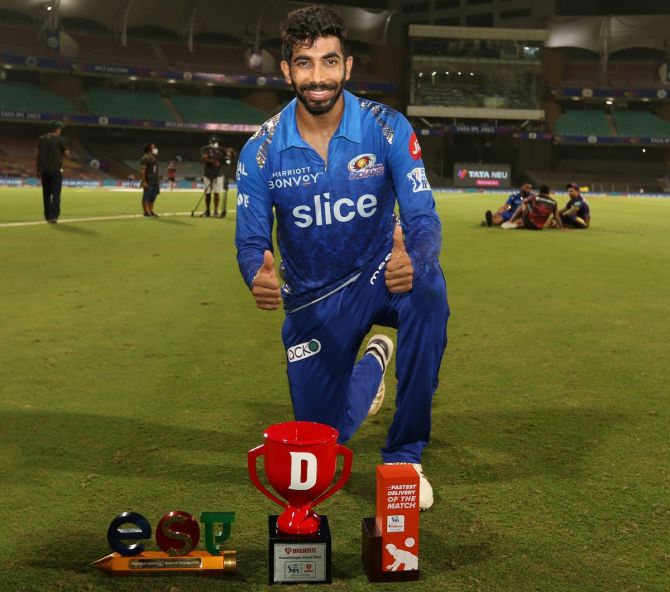 KKR lost five wickets, all to Bumrah, for just 20 runs.

But Bumrah’s epic haul wound up on the losing side as the Mumbai Indians made a mess of the chase and were bowled out with 15 balls to spare.

KKR, who have five wins from 12 games, can now still sneak into the top four with two games remaining.