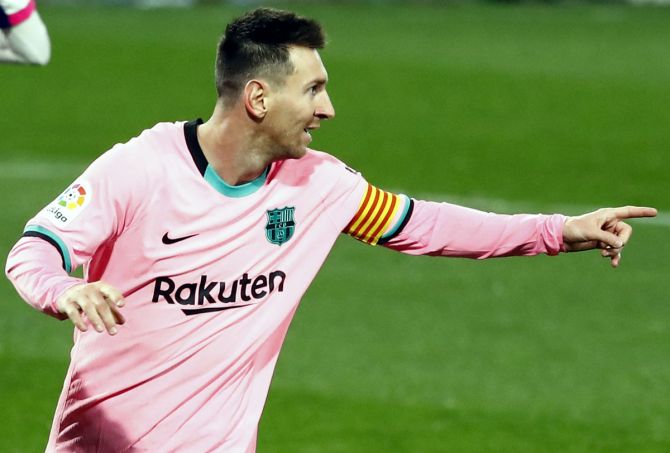 Lionel Messi became the all-time top scorer for a single soccer club on Tuesday after scoring his 644th goal for Barcelona during their La Liga match against Real Valladolid, surpassing Pele’s record goal haul for Brazilian side Santos.

The 33-year-old Argentine, who matched Pele’s mark of 643 goals with a strike against Valencia on Saturday, scored the third goal in the 65th minute as Barca won 3-0 at Valladolid.

Pele scored 643 goals in 665 competitive games for Santos, while Messi needed 749 matches to break the record, although he did it in 17 seasons compared to the 19 the Brazil great needed.

Messi, who made his first appearance for Barcelona aged 17 in 2004, has won 10 La Liga titles with the club plus four Champions League trophies.