Memphis Depay scored and created the equalizer as Lyon drew 2-2 at Rennes to stay ahead of Paris Saint-Germain, who registered a scrappy 3-0 home win against Brest in Ligue 1. 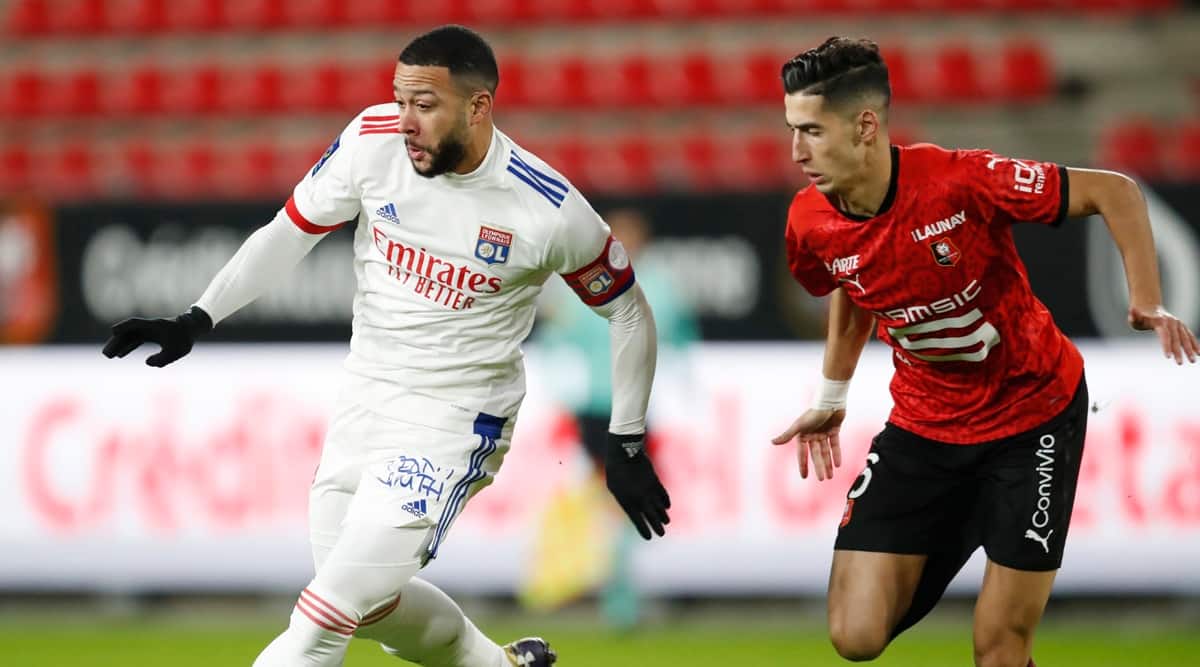 Memphis Depay scored and created the equalizer as Lyon drew at Rennes 2-2 to stay ahead of Paris Saint-Germain, which got a scrappy 3-0 home win against Brest in Ligue 1.

Rennes was coasting at 2-0 when the Netherlands forward Depay chested down a pass and volleyed home superbly in the 78th on Saturday. Three minutes later, he teed up central defender Jason Denayer with a pinpoint cross.

Lyon extended its unbeaten run to 16 games and was one point ahead of defending champion PSG and Lille after 19 of 38 games.

Lille won at rock-bottom Nimes 1-0 thanks to a first-half goal from burly Turkey striker Burak Yilmaz and it trails PSG on goal difference.

PSG took a somewhat fortuitous lead when a header from captain Marquinhos hit the post and the loose ball landed right at Moise Kean’s feet for an easy goal in the 15th.

Modest midtable Brest cut through PSG’ three times inside the first 15 minutes of the second half yet could not muster a shot on target to test goalkeeper Keylor Navas.

After Kylian Mbappe — the second most expensive player in history at 180 million euros (USD 220 million) behind Neymar — fluffed chances, substitutes Mauro Icardi and Pablo Sarrabia added gloss to an unconvincing display with goals in the final 10 minutes.

In Brittany, Karl Toko Ekambi recovered from the coronavirus and returned to Lyon’s three-man attack alongside Depay and Tino Kadewere.

But it was two former Lyon players who combined to give Rennes the lead midway through the first half, as winger Martin Terrier set up ex-France midfielder Clement Grenier just inside the penalty area. Grenier was involved in the second goal, scored by Benjamin Bourigeaud in the 54th.

Depay then came to the fore.

Monaco moved into fourth place after beating visitor Angers 3-0, and fifth-placed Rennes was one point ahead of sixth-placed Marseille, which drew at relegation battler Dijon 0-0 with playmaker Dimitri Payet surprisingly left on the bench despite scoring in midweek.