AS Monaco, who have now won eight of their last nine league games, prevailed through goals by Sofiane Diop and Guillermo Maripan to move within two points of third-placed PSG. 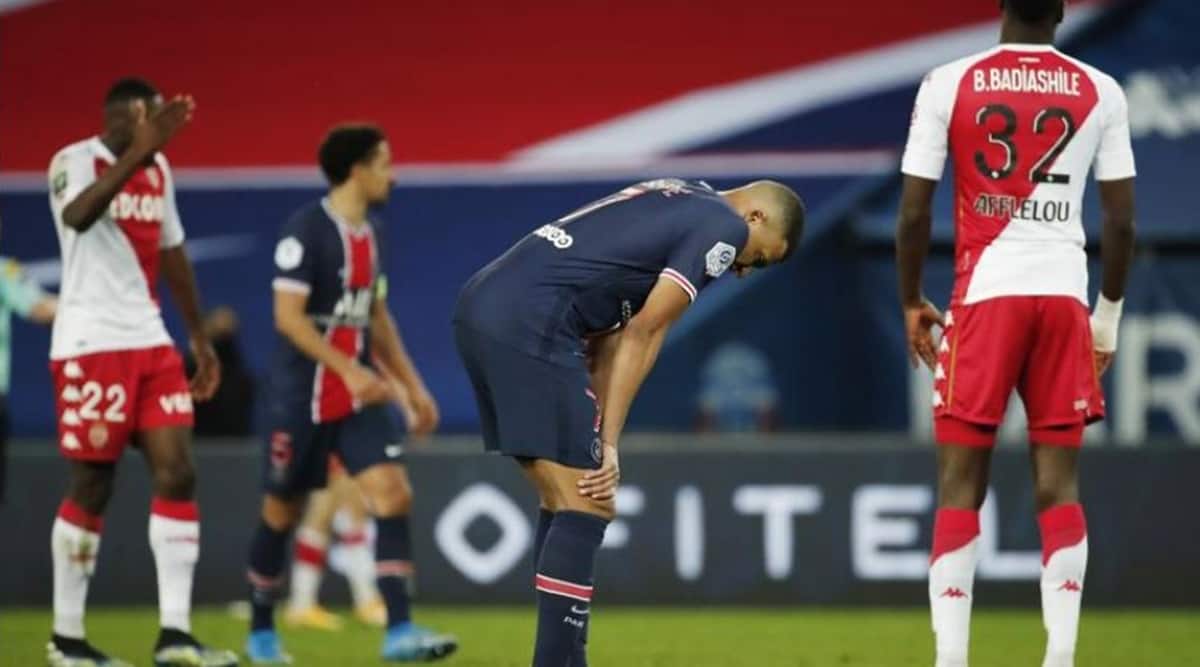 Third-placed Paris St Germain lost ground in the Ligue 1 title race when they slumped to a 2-0 home defeat against Monaco on Sunday after wins for their main rivals.

Five days after humbling Barcelona 4-1 in the Champions League, the French champions lacked stamina and inspiration as they fell four points behind leaders Lille who have 58 points from 26 games after beating Lorient 4-1 on Sunday.

Fourth-placed Monaco, who have now won eight of their last nine league games, prevailed through goals by Sofiane Diop and Guillermo Maripan to move within two points of PSG.

Olympique Lyonnais are second on 55 points following a 3-2 win at Brest on Saturday.

Mauricio Pochettino’s PSG were still without the injured Neymar and Angel Di Maria, while key midfielder Marco Verratti started on the bench.

Kylian Mbappe, who impressed with a hat-trick at the Camp Nou on Tuesday, struggled against a compact Monaco defence and the visitors took the lead after only six minutes when Diop headed home.

PSG increased the pressure before the interval but failed to muster a single shot on target.

Niko Kovac’s side doubled their advantage six minutes into the second half when centre back Maripan fired home from inside the area after the PSG defence had failed to clear a cross.

Verratti came on for Ander Herrera in the 55th but the Italian had little influence.

“It’s another missed opportunity in the title race. We need to understand that there are good teams in France, too. It’s not just about the Champions League” Verratti said.

Earlier, Lille had made sure they would end the weekend on top with a comprehensive win at Lorient.

They went ahead after 21 minutes when Andrew Gravillon deflected Zeki Clik’s strike into his own net, only for Lorient to strike back two minutes later courtesy of Jerome Hergault’s curled shot into the far corner.

Jose Fonte collected a bad clearance from Enzo Le Fee to double Lille’s tally with a crossed shot seven minutes before the break.

Jonathan Ikone increased Lille’s advantage just before the hour with a superb free kick and Domagoj Bradaric wrapped it up with a missile from the edge of the box in stoppage time.

Promoted RC Lens moved up to fifth on 40 points thanks to a 2-1 home win against bottom club Dijon.