Lakshya Sen, ranked world number 21, matched his opponent in the fast-paced rallies but he lacked finishing as he went down 18-21, 12-21 to Singapore's Loh Kean Yew in 45 minutes. 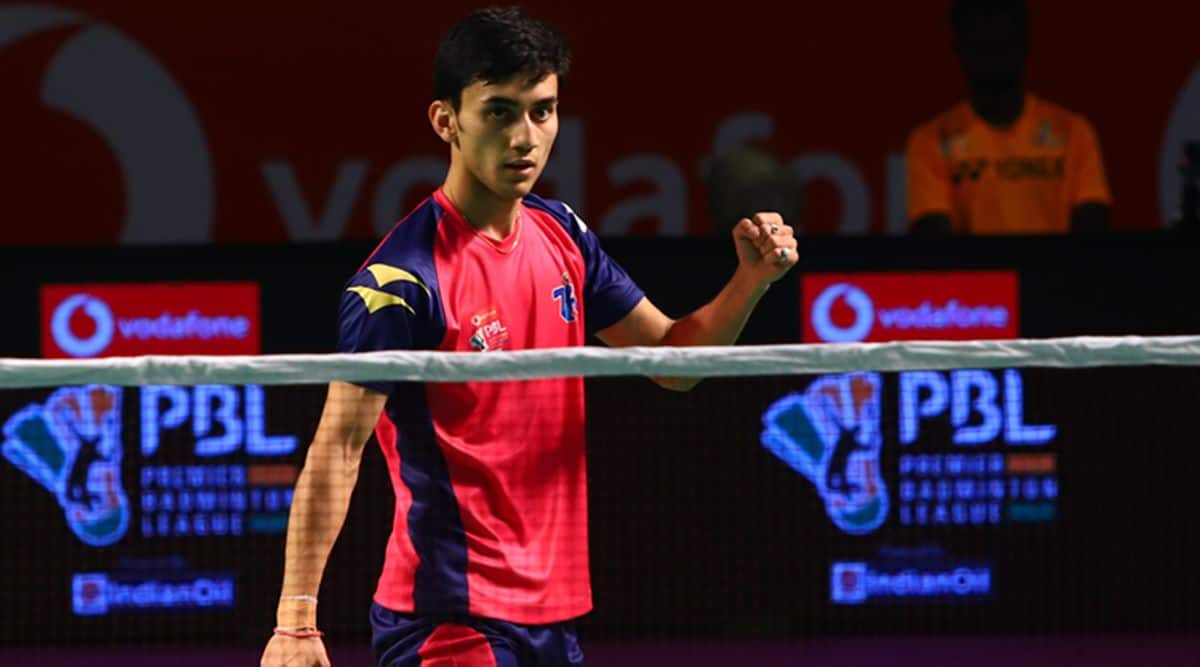 Lakshya, ranked world number 21, matched his opponent in the fast-paced rallies but he lacked finishing as he went down 18-21 12-21 to 39th ranked Loh in 45 minutes.

It was his second loss to Loh in three meetings this year.

Lakshya had avenged his Dutch Open final loss to Loh with a straight game win at the French Open last month.

In the semifinal clash, Loh showed better discipline and precision to return the favour to the Indian.

The duo played some terrific rallies with Lakshya grabbing six straight points to lead 8-4 at one stage.

A few unforced errors by Lakshya, which included a long shot and a net error, helped Loh to break the run of points and he soon made it 10-9 after injecting pace in the rallies.

However, Lakshya ensured he had a slender one-point advantage at the interval.

Following the breather, Loh managed to turn the tables at 13-12. Lakshya wrested back the lead at 17-15 with four quick points.

However, Loh made his way to 20-18 and fist pumped after sending one away from his opponent’s reach.

Gruelling rallies featured in the second game also but the Singaporean continued the momentum, opening up a 2-0 lead and even though Lakshya breathed down his his neck, Loh managed to enter the interval with a three-point cushion.

Loh continued to hold fort after the interval and slowly distanced himself from the Indian, displaying immaculate defence.

In the end, a return going to net from Lakshya and then a smash helped Loh to reach match points and he sealed it with another stiff cross court smash.

On Friday, Lakshya had notched up a 21-18 12-21 21-19 win over three-time junior World Champion Thailand’s Kunlavut Vitidsarn to reach the semifinal.

The 20-year-old, who had claimed five titles in 2019, had a decent outing at the Denmark Open and French Open with second round and quarterfinal finishes respectively.

The shuttler from Almora was forced to pull out of the event last year after his father and coach DK Sen had tested positive for COVID-19.

The Indian ran up a lead of 8-3 in a jiffy and led 11-8 at the break. The Thai shuttler tried to turn the tables but Lakshya was always ahead and comfortably pocketed the first game.

Lakhsya also made a good start to the second game, leading 8-5 but Vitidsarn managed to grab a two-point advantage at the interval and kept his nose ahead to make a roaring comeback.

The decider was a closely fought battle with the duo fighting tooth and nail. If Lakhsya was up 9-6, Vitidsarn caught up at 11-11 after the break and stayed close till 13-14.

The Indian soon grabbed five match points but Vitidsarn made things difficult for Lakshya, reeling off four straight points. Lakshya, however, kept his cool to end on the winning side.

The tournament was earlier called the SaarLorLux Open.