Real Madrid couldn't manage more than a 3-3 draw at Levante in the Spanish league despite playing nearly 10 minutes when Levante was forced to have a defender as its goalkeeper, 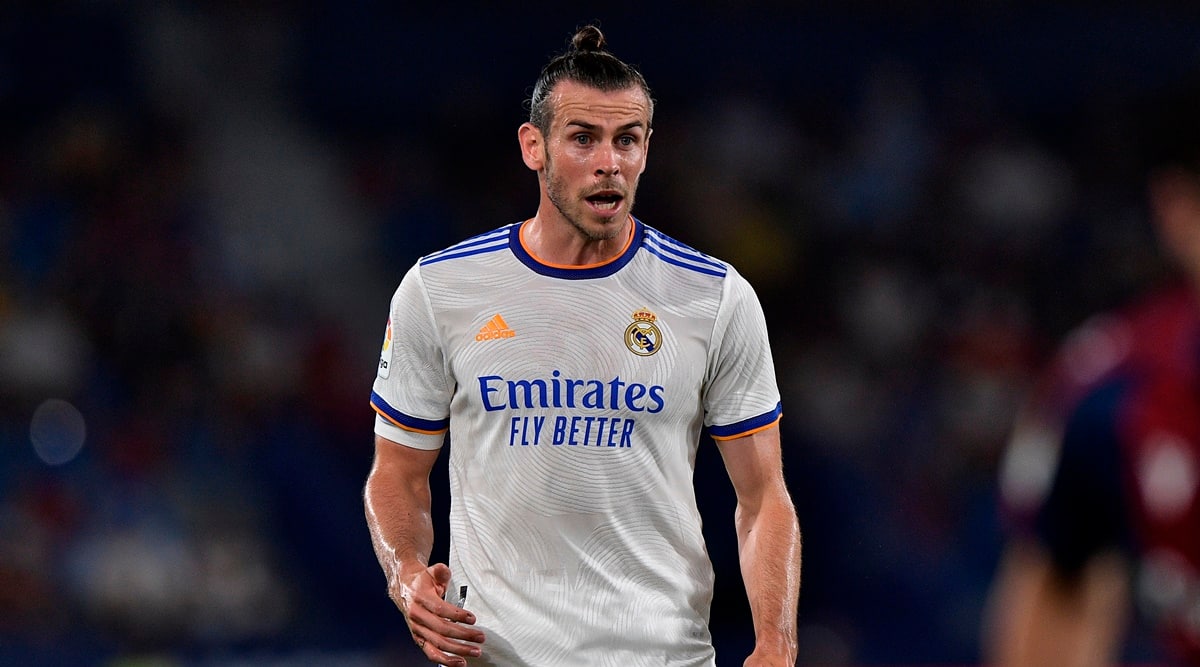 After defending champion Atletico Madrid edged Elche to add to its winning start in the Spanish league, Real Madrid couldn’t overcome a Levante side that was forced to finish the match with a defender as its goalkeeper.

Atletico won 1-0 at home in the return of fans to the Wanda Metropolitano Stadium on Sunday, becoming the only team with two wins to begin the league. Then Madrid couldn’t manage more than a 3-3 draw even though Levante played nearly 10 minutes without a true goalkeeper.

Madrid failed to get a shot on target after Levante goalkeeper Aitor Fernandez was sent off in the 87th minute for using his hands outside the area to stop a breakaway. Defender Ruben Vezo took over as goalkeeper because the hosts had already made all five substitutions, but he didn’t have to make any saves in the remainder of regulation and stoppage time.

Madrid had opened the scoring in the first half with Gareth Bale, but the visitors had to come from behind twice after halftime to salvage the draw with a pair of goals by Vinicius Junior.

“It’s hard to explain what happened,” Madrid coach Carlo Ancelotti said. “We gave away two points. We were too soft entering the second half. We need to improve defensively.”

Levante had been the last team to defeat Madrid in the league. Madrid won only two of its last five league matches against Levante.

Bale scored his first goal of the season in the fifth minute with a low shot from inside the area after a set up by Karim Benzema, who made a run from near midfield before passing the ball to the Wales forward, who had been on a loan with Tottenham last season.

Bale hadn’t scored for Madrid since January 2020. He finished that season with only three goals, his lowest-ever tally with the Spanish club.

Roger Marti equalized about 30 seconds into the second half, and Jose Campana put the hosts ahead with a shot into the top corner in the 57th.

Madrid evened the match in a 73rd-minute breakaway, with Vinicius Junior finding the net after a nice pass by Casemiro from Madrid’s own field. But six minutes later Rober Pier gave Levante the lead again from close range off a set piece.

Vinicius Junior pulled Madrid even again with a neat angled shot that struck the far post before going in.

Madrid was depleted by the injuries of some key players such as Toni Kroos, Luka Modric and Marcelo.

Correa scored a first-half winner for his third goal in two matches while starting in place of Suarez, who began on the bench again.

A limited crowd of nearly 25,000 was on hand in the first Spanish league match with fans at the Wanda Metropolitano Stadium since March last year before the coronavirus pandemic. Atletico presented last season’s league trophy to the fans before the match.

“We need the fans,” Atletico coach Diego Simeone said. “It had been a year and a half without them. It was amazing to be able to show them last season’s trophy. It’s great to be able to play with them in our stadium again.”

Correa added to his scoring streak in the 39th after a long pass by Rodrigo de Paul, the Argentina midfielder added to the squad in the offseason. Elche goalkeeper Kiko Casilla beat Correa to the ball but whiffed his clearing attempt, leaving the Argentina forward with an easy shot from inside the area.

Correa had scored both Atletico goals in the team’s 2-1 win at Celta Vigo in the opener.

Suarez, Atletico’s leading scorer after joining from Barcelona last season, came into the match in the 63rd, replacing Thomas Lemar.

Elche had opened with a 0-0 home draw against Athletic Bilbao.

Sevilla can also win two in a row when it visits Getafe on Monday. Barcelona was held by Athletic Bilbao 1-1 on Saturday.

Real Sociedad rebounded from an opening loss at Barcelona by beating promoted Rayo Vallecano 1-0 thanks to a 68th-minute penalty from Mikel Oyarzabal.

Rayo Vallecano had lost 3-0 at Sevilla in its opener.