Manchester City midfielder Kevin De Bruyne has been voted England's player of the season by his fellow professionals for a second consecutive year after helping his team to regain the Premier League trophy. 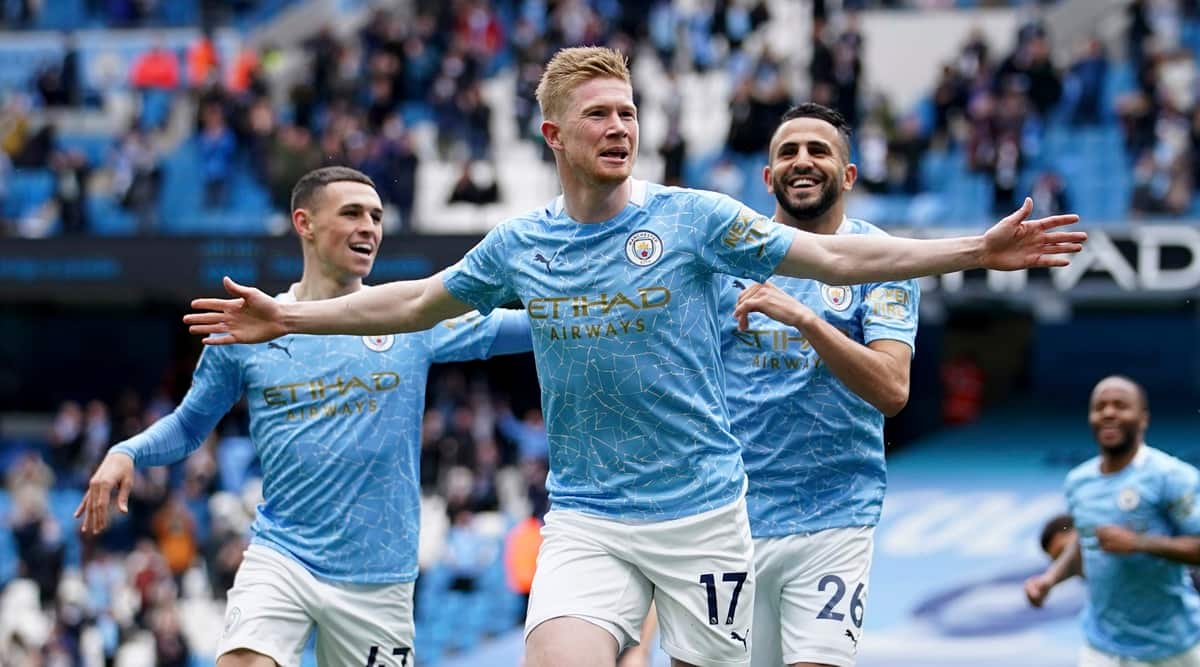 Manchester City midfielder Kevin De Bruyne has been voted men’s player of the year by his fellow professionals in England for a second consecutive season after helping his team regain the Premier League trophy.

The Belgium international is only the third man to retain the Professional Footballers’ Association trophy after Thierry Henry in 2003 and 2004 while playing for Arsenal, and Cristiano Ronaldo in 2007 and 2008 during his Manchester United career.

De Bruyne scored 10 goals in all competitions and had 18 assists as City also won the League Cup and reached its first Champions League final, which it lost to Chelsea.

“You want to win all the trophies with the team and then obviously if you win a trophy like this, this is probably the most important one as an individual trophy in the league,” De Bruyne said in a video released by the PFA. “To be voted by your competitors who you compete with every game, that says a lot. They are the people, in my view, who know the most about the game and they are trying to get to the best level.

“When you have these things, you can show your kids and say, `Look, this is what daddy did when he was younger.’”

City teammate Phil Foden, who is 21, won the PFA’s young player of the year accolade for the first time.

Fran Kirby was voted women players’ player of the year for a second time after the Chelsea forward also collected the PFA award in 2018. Chelsea won the Women’s Super League and League Cup in the recently completed season.

The PFA was unable to hold an in-person awards’ ceremony for a second year due to ongoing pandemic restrictions.