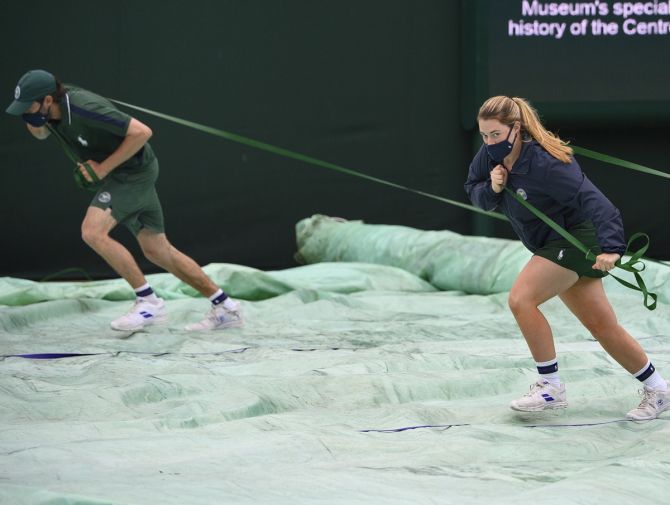 Murky skies and drizzle could not dampen the enthusiasm of spectators arriving on Monday for the start of the 134th Wimbledon Championships which were cancelled last year because of the coronavirus pandemic.

COVID-19 protocols mean this year’s tournament will look and feel a little different — but one old Wimbledon tradition remained firmly intact with rain delaying the scheduled 1000GMT start on the outside courts. 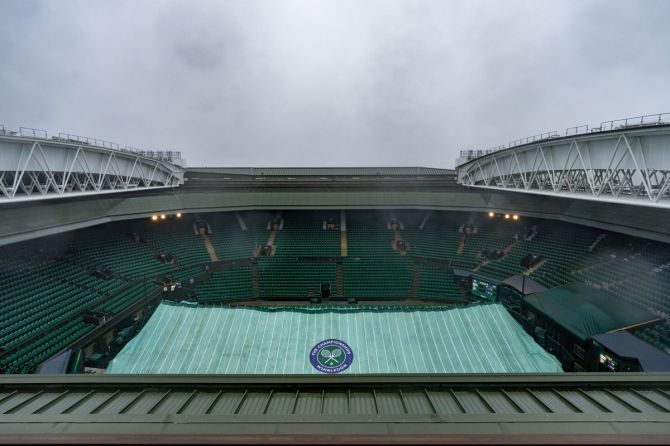 Fittingly for the eagerly-awaited return of the tournament, Andy Murray will resume his role as flag-bearer for the home nation with a prime time engagement later on Centre Court.

Whisper it quietly, but it almost feels like old times.

Not quite, though, as Wimbledon, being used as government-approved “pilot event”, will be missing some old favourites.

The iconic ‘queue’ for daily entry will not form, Henman Hill will be sparsely populated and fans will not have the thrill of bumping into famous players strolling to the grounds from plush rentals in the Village. 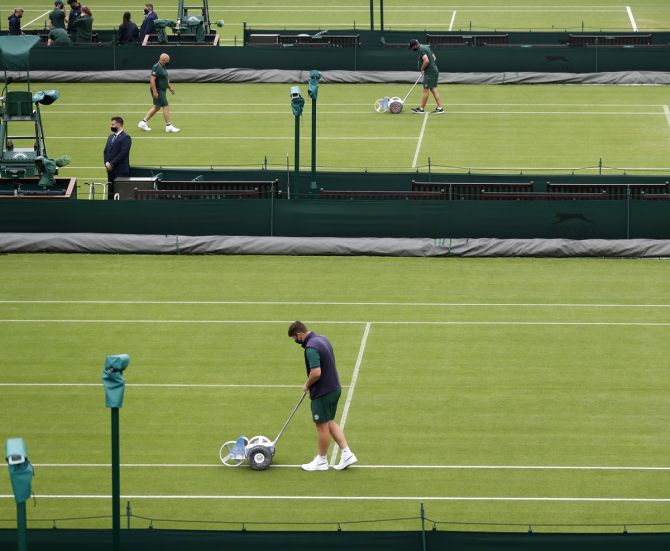 Players will all be staying in a central London hotel to minimise the risks of COVID-19 infections.

Crowds will be thinner too with attendances limited to 50% of ground capacity, although hopefully rising to full houses on Centre Court for the men’s and women’s finals on July 10-11.

But after last year’s cancellation, the first since the Second World War, excitement is brewing for a fortnight of grasscourt drama, even if there are notable absentees.

British number one Johanna Konta withdrew on the eve of the tournament after a member of her entourage tested positive for COVID-19 — a worrying start for nervy organisers.

But a high-quality cast has assembled in the biosecure bubble and women’s top seed Ash Barty summed up what Wimbledon means.

“You walk through the gates here at the All England Club and you’re instantly filled with gratitude,” the Australian said.

“It was a tournament that was sorely missed last year. Every time you get to walk through these gates, it’s a feeling that you can’t take for granted.” 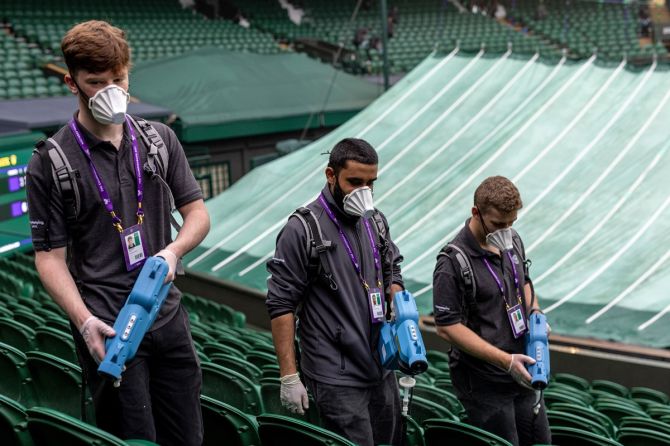 For Murray, who ended a 77-year drought for British men when he won the 2013 title and triumphed again three years later, Wimbledon represents a return to some kind of normality.

The former world number one has not played a singles match at the All England Club since a quarter-final defeat by Sam Querrey in 2017 — after which his body began to fail and his career appeared to be hanging by a thread.

“I know it’s not normal, but it feels somewhat normal now…, with all the players around and practising, knowing that… we’ll be playing not in front of a full crowd but in front of a lot of people,” Murray said. 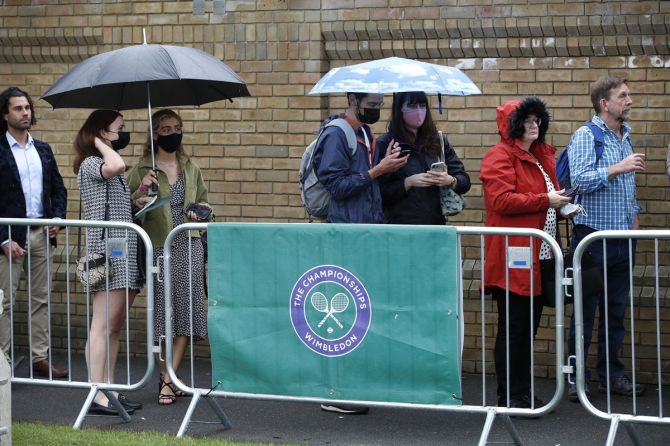 The 34-year-old will close the schedule on Centre Court against Georgian 24th seed Nikoloz Basilashvili.

Men’s defending champion Novak Djokovic is due to open proceedings on Centre Court against British teenage wildcard Jack Draper as he begins his quest for a record-equalling 20th Grand Slam title.

Two-time women’s champion Petra Kvitova is next up against former U.S. Open champion Sloane Stephens in the pick of the women’s first-round action.