The players received overwhelming support, especially after a mural in Rashford's home town of Withington was defaced, before it was covered in messages of support. 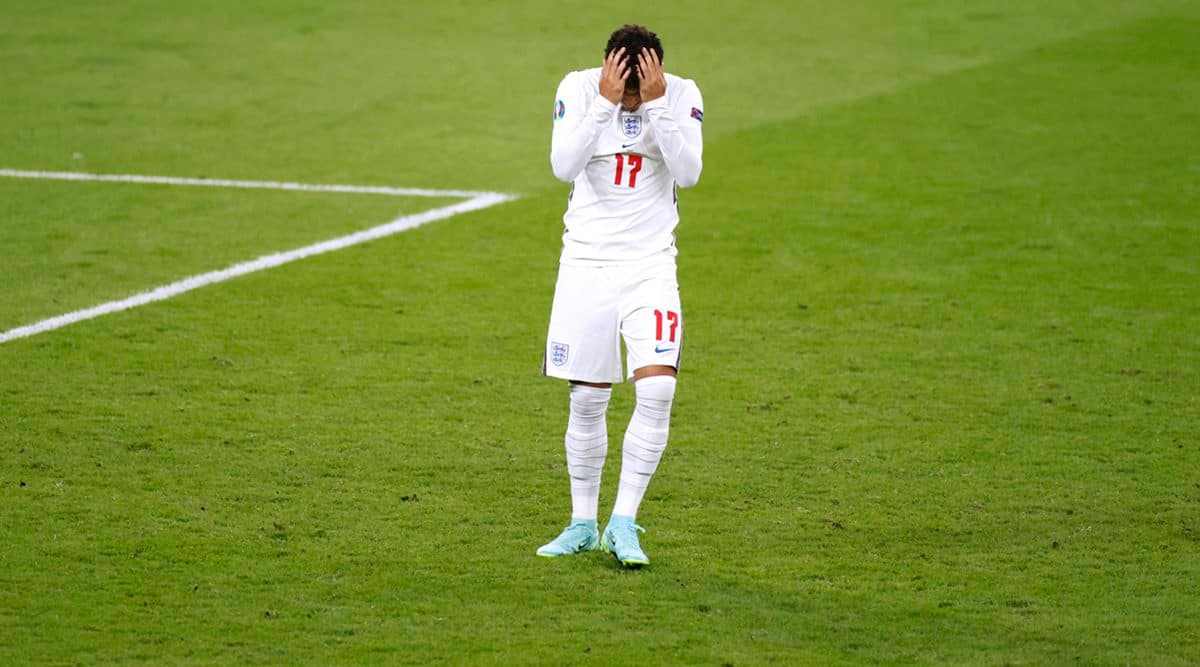 England winger Jadon Sancho apologised for missing his penalty during the shootout against Italy in the European Championship final at Wembley but said he was not surprised by the online racist abuse that followed.

Substitutes Marcus Rashford, Sancho and Bukayo Saka all missed spot-kicks in the 3-2 shootout loss to Italy and the 21-year-old apologised for letting down the team and the fans, saying it was “by far the worst feeling” he had felt in his career.

The three Black players were targeted on social media after the final, with the racial abuse prompting a police investigation and country-wide condemnation.

“I’m not going pretend that I didn’t see the racial abuse that me and my brothers Marcus and Bukayo received after the game, but sadly it’s nothing new. As a society we need to do better, and hold these people accountable,” he wrote on Twitter.

“Hate will never win. To all the young people who have received similar abuse, hold your heads up high and keep chasing the dream.

“I am proud of this England team and how we have united the whole nation in what has been a difficult 18 months for so many people.”

The players received overwhelming support, especially after a mural in Rashford’s home town of Withington was defaced, before it was covered in messages of support.

Greater Manchester Police said a man has been arrested after racist messages aimed at the players were posted on social media.