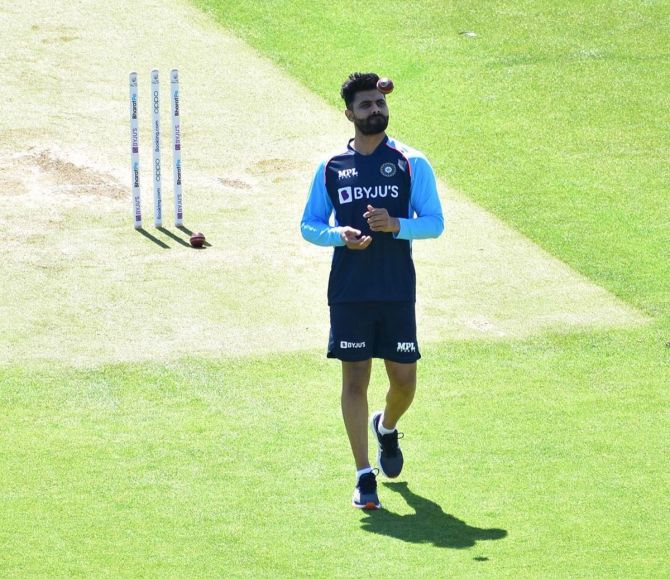 Ravindra Jadeja finally got a taste of outdoor action in Southampton.

After being in hard quarantine for three days after their arrival in the United Kingdom on June 3, when they were restricted to their individual hotel rooms, the Indians were allowed to resume training from Saturday. Left-arm spinner Jadeja took to the nets as he practiced his bowling at the Ageas Bowl.

‘First outing in Southampton,’ Jadeja captioned the pictures on Instagram. After missing the home Test series against England with injury, Jadeja will hope to get his place back in the playing XI for the ICC World Test Championship final against New Zealand, in Southampton from June 18 to 22.