In an all-Indian gold medal match, they comfortably beat the combo of Gurpreet Singh and Ashok Abhidnya Patil 9-1 at the Dr Karni Singh Shooting Range. 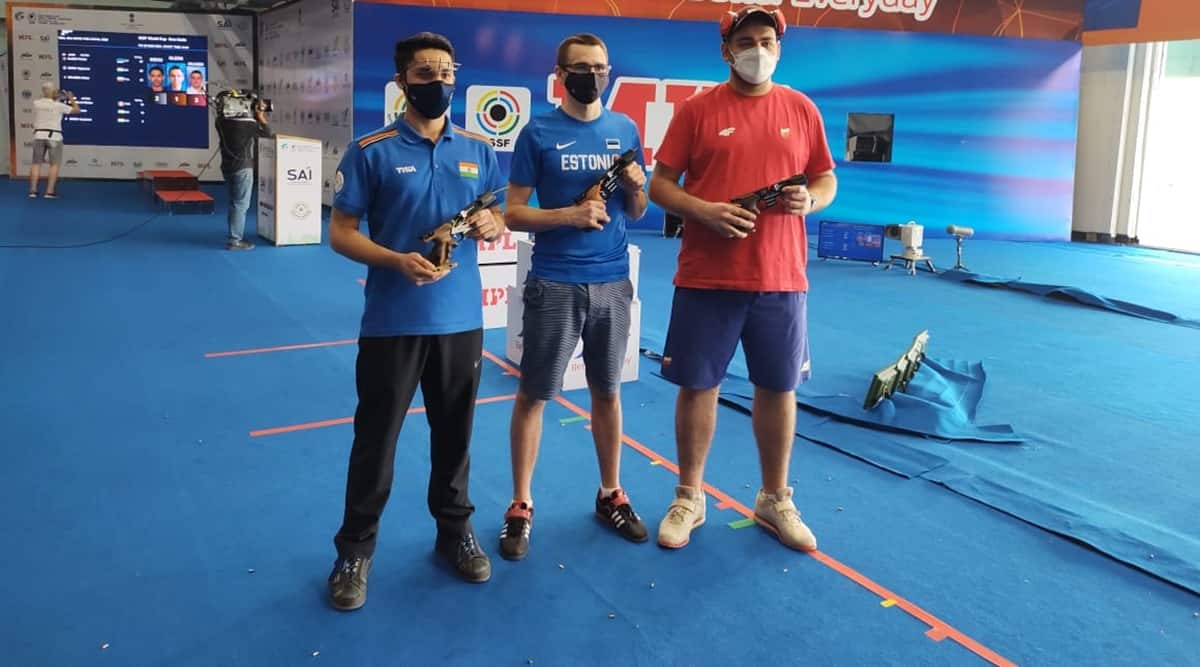 In the Qualification 2, Gurpreet and Patil finished at the top with a total score of 370 while the team of 16-year-old Tejaswani and 18-year-old Sidhu aggregated 368.

On Friday, Sidhu won the individual silver medal in the 25 rapid fire pistol event ahead of Anish Bhanwala and Gurpreet.

However, the Indian pair of Kynan Chenai and Shreyasi Singh missed out on a podium finish as they settled for the fourth place in the trap mixed team final of the prestigious tournament.

Kynan, who finished fourth in the individual men’s trap on Friday, began badly but improved as the mixed final progressed, even as Shreyasi too missed a few shots while finding the target on other occasions.

The Indian duo shot 141 in the qualifications to qualify in the fourth place for the bronze medal match behind Sariturk and Ilnam (143), who made up for his partner’s off-colour outing with his consistent showing.

The Italian team of Alessia Iezzi and Valerio Grazini topped the qualifications with 145 while the Slovakian pair of Zuzana Rehak Stefecekova and Adrian Drobny was second with 143.

In the final, Iezzi and Grazini prevailed over the Slovaks Stefecekova and Drobny 39-36 on the shotgun range.

The medal-less outing in trap notwithstanding, a dominant India continued to lead the standings with 13 gold, eight silver and six bronze for a total of 27 podium finishes.

As many as 294 athletes from 53 countries are taking part in the tournament, the last major international outing for pistol and rifle shooters before the upcoming Tokyo Olympics.