Images from the Indian Premier League match between Chennai Super Kings and Punjab Kings, in Dubai, on Thursday.

Faf du Plessis scored a blistering 76 off 55 balls at the top of the order but Punjab Kings did well to restrict Chennai Super Kings to 134 for 6 in their concluding Indian Premier League round-robin match, in Dubai, on Thursday.

The former champions were in the dumps as 42 for 4 in the ninth over but the fighting half-century from veteran South African propped them before Ravindra Jadeja and skipper Mahendra Singh Dhoni scores some vital runs, as 26 came in the last two overs.

Leg spinner Ravi Bishnoi impressed in his spell of 4-0-25-1, which included the scalp of Dhoni, while pacers Arshdeep Singh (2 for 35) and Chris Jordan (2 for 20) did a good job for Punjab. 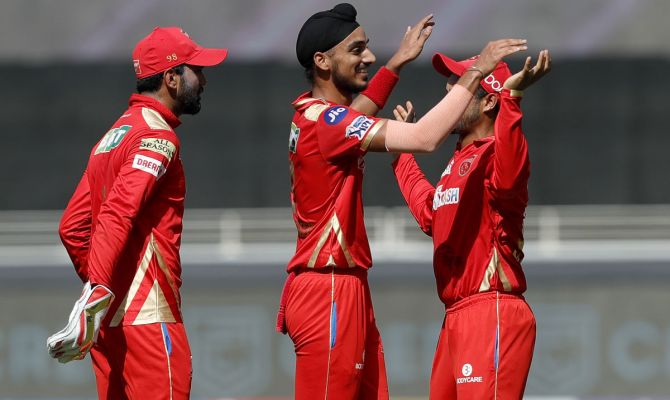 Du Plessis waged a lone battle, ensuring that the Punjab bowlers did not run away with the game. He hit two boundaries off Jordan’s third over, the 18th, as the Super Kings went all out to put up a respectable total.

Du Plessis hit two more sixes, one off Arshdeep and Mohammad Shami in the final over to give the innings a much-needed boost. 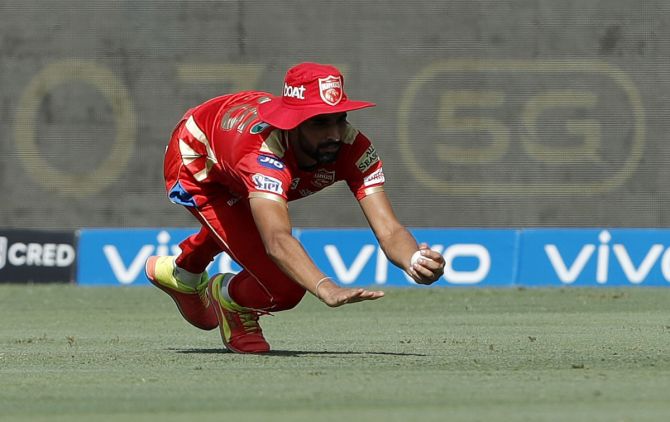 Ravindra Jadeja was unbeaten on 15 off 17 balls, which included a four.

That only 30 runs came in the powerplay indicated the CSK batters’ difficulty in getting Shami & Co away. Coupled with the regular loss of wickets, the three-time champions crawled to 50 in the 10th over. 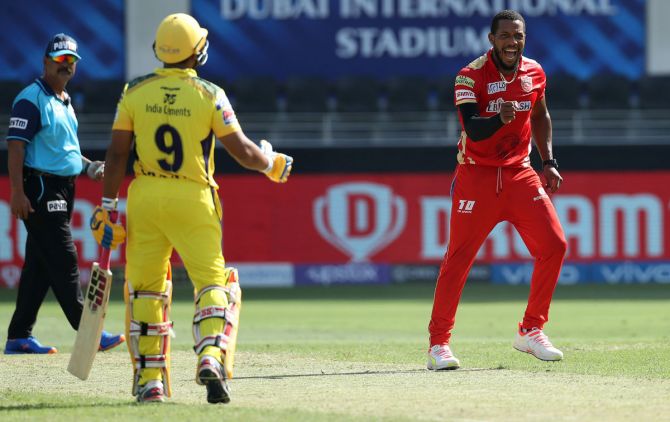 Shami, in particular, was hard to get away. His first spell of three was brilliant, as he conceded only six runs.

Left-arm pacer Arshdeep continued to impress and got the wickets of the in-form Ruturaj Gaikwad (12, 14 balls, 1 four) and Moeen Ali (0).

Gaikwad hit a four before he top-edged an attempted pull off Arshdeep to give Shahrukh Khan, on the leg-side, an easy catch. 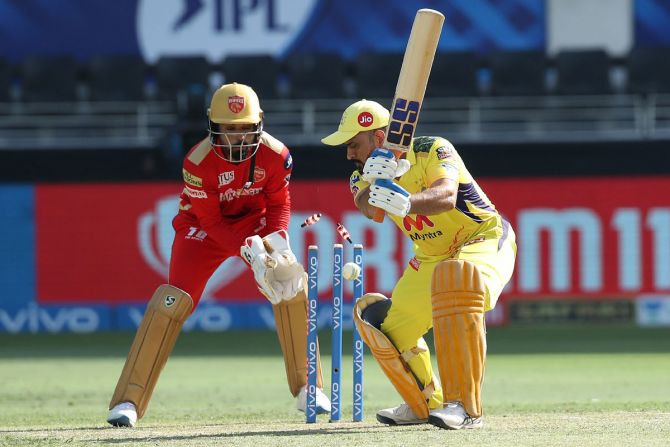 Moeen, who was in good nick in the first phase of the tournament in India, failed to trouble the scorers, edging one to Rahul to give Arshdeep his second scalp.

Dhoni, who has struggled for form, scored 12 before a drive away from his body off Bishnoi’s googly took the inside edge and rolled on to the stumps to compound CSK’s problems.