Smriti Mandhana, who reached 80 off 144 balls with 15 boundaries and a six, added 93 for the opening stand with Shafali Verma (31 off 64 balls), who was dismissed by Sophie Molineux. 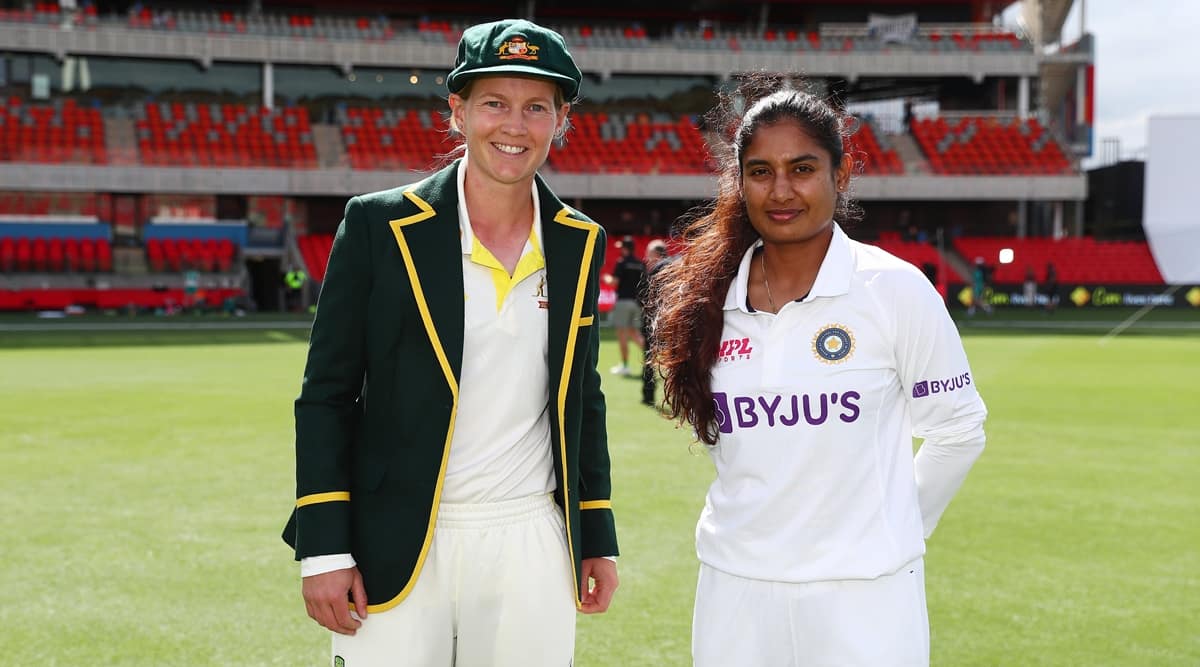 Smriti Mandhana headlined a rain-hit opening day with a career-best 80 not out which had elegance written all over it as the Indian women’s cricket team finished on 132 for 1 in the one-off Day/Night Test against Australia here.

Mandhana, who peppered the off-side field repeatedly with some gorgeous shots to reach 80 off 144 balls with 15 boundaries and a six, added 93 for the opening stand with Shafali Verma (31 off 64 balls), who played the second fiddle during their partnership.

Most of the second session’s play was washed out but Mandhana added another 16 runs to surpass her previous best of 78.

She pulled Tahlia McGrath for a six over deep square leg and also carted the same bowler over mid-wicket for a boundary.

Giving her company is Punam Raut (16 batting, 57 balls) and they added 39 runs for the unbroken second wicket stand before rain stopped play in the 45th over and didn’t start again.

The Australian team’s decision to field first after laying a green strip for the visitors did seem to have backfired as Mandhana attacked them straightaway during the first hour of play.

There were an astounding 16 boundaries hit in the first 16 overs, mostly by Mandhana and few by Shafali as Meg Lanning did shuffle around with his bowlers without much success.

In fact, it was a case of role reversal which perhaps caught the Australians off-guard as Shafali was more intent on playing a defensive game while her senior partner attacked with great gusto.

Debutant Darcie Brown got some special punishment as Mandhana hit her for a number of boundaries both on the off-side as well as a few whip shots on the leg-side.

Ellyse Perry also took a few overs to find the right length. The elegant Indian left-hander reached her run-a-ball fifty in no time with a cover drive of McGrath.

Whenever Mandhana bisected between point and cover or cover or mid-off, it was the most pleasant sight.

It never looked as if she muscled any of the deliveries but simply caressed with her immaculate timing at the Metricon Stadium on Thursday.

In case of Shafali, she did hit four boundaries but also looked a bit scratchy and offered a couple of chances — one to Meg Lanning in the slips which was a reflex catch and the other to Annabel Sutherland stationed at mid-on.

Finally she was gone trying to hit left-arm spinner Sophie Molineux against the turn and offered a sitter to McGrath at mid-off.

In fact once spinners Molineux (1/18) and Ashleigh Gardener (0/14 in 10.1) bowled with the semi-new pink Kookaburra, Australia finally found a way to check the run flow.

The alteration of speed in their deliveries made Mandhana show some more patience than what she displayed during that first hour.

Her first 51 runs came off 50 deliveries and the next 29 off 94 while Raut also played her customary defensive game. A total of 300 plus will certainly keep India firmly in the game.