The 2018 Test series in England was where the seeds of revival were planted, that has put India on the cusp of glory

There are fragments of conversation from the past that one goes back to for sketching a person’s character. Ravi Shastri’s passionate monologue from 2018 after a dispiriting loss in Southampton – incidentally the venue for India’s World Test Championship final against New Zealand – bobs up. India had lost the Test series at that point and would go on to surrender the next game as well to eventually yield to a merciless 1-4 scoreline.

“If we had won this na, boss I can’t tell you what it would do to this team. We had it but we slipped up. Lesson learned, no doubt, but mark my words this team will be champions soon. But if we had won here, ah… kya mazaaa aata. I could have shut up all these people in this country and back home who doubted us. But it’s alright, that day will come. You don’t believe me? You don’t believe me? Wait and watch.”

There was no disbelief in the correspondent but that’s the world Shastri lives in. In a world where he is battling real and imaginary challenges aimed at him. It seems not just the coach but captain Virat Kohli too inhabits that realm and savours the pleasure in proving people wrong. Slowly, the rest of the team bought into that attitude or at least decided to fit in.

That 2018 series in England, the land they now return to in pursuit of the world champions title, was in some ways where it all started. Success eluded them, mistakes were committed and even some misgivings in the team bobbled up. It could have gone anywhere from that point on but as it turned out, Shastri and Kohli, with more than a little help from others, have yanked it towards glory.

Old skin was shed, new blood infused, and in some cases like Ravindra Jadeja, a transformation was sketched. Though he would get one more attempt to hold on to his spot, it was in this series that India began to look beyond M Vijay, who had conjured a few dreamy years at the top of the order until then. He would be dropped midway in the series and though Prithvi Shaw came in as a replacement, KL Rahul would get a go at opening with Shikhar Dhawan.

Amidst all this, though, Shastri’s mind was ticking. Another chat, this time from a Nottingham hillside pub springs up. “I have to convince Rohit [Sharma] to open. Been telling him, he would own that position like a boss.” Eventually, he would find a more colourfully bawdy way to get the message across and convince Sharma, but Shastri isn’t ready yet to spill out that anecdote for public consumption. Three years later, the question has reframed itself to who will open with Sharma. And this extended tour will finally seal that doubt.

The bowling attack too was beginning to click in by the end of the tour. Jasprit Bumrah had played just three Tests until that tour and missed the first two games of the series to injury, but a five-for in the Nottingham win would make him the guy Kohli turns to in years to come. Mohammed Shami didn’t get the new ball at the start of the series but by the end, it was clear he would be a leading bowler. Ishant Sharma started the series with a five-for to prove that he was far from finished. Two things happened with Ravichandran Ashwin, good and bad. A highly skilful seven-wicket haul in the first Test at Edgbaston showed that he can be very good on overseas tracks not helpful to spinners. The bad was that by the end he got injured, and the stereotype of him unable to finish a full Test series abroad began to circulate. 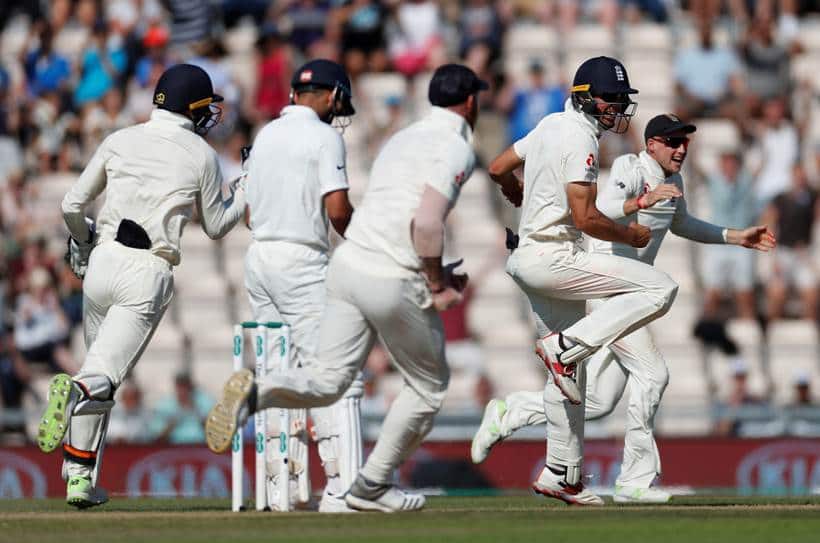 Jadeja’s transformation was startling. For 18 months prior to the series, he was out in the wild, but bounced back with a career-saving head-turning 86 in the last Test and also picked up a five-for to launch himself as the prime all-rounder option anywhere in the world. Another significant development took place on this tour: Rishabh Pant would make his Test debut in the middle of the series and smash a hundred in the last game. Kohli too would bury old English wounds in this series to become the leading batsman in the world. The pieces of the puzzle were beginning to fall in place.

There were misgivings in the team, largely related to the direction and the attitude that the management sought – and what has become a norm in three years hence. A focus on fitness, a tendency to play horses for courses, a willingness to drop players on a whiff of non-performance. Some like Vijay, Dinesh Karthik, and eventually Dhawan were staring at the end of their Test careers. Insecurity as a performing-enhancing drug, if you will. Some in the team then saw it as an unstabilising force but Shastri and Co. saw it as a much-needed shedding process. It would take another season for things to stabilise and for players to reconcile to the competitive philosophy.

The inclusion of Pant and Hanuma Vihari in that series presented the behind-the-scenes feeder system in place and it would come to fruition – combined with a more cohesively competitive attitude – in the Australia series earlier this year when India found themselves on a burning deck but their refusal to surrender left watchers gobsmacked. The tactical acumen was missing in that ’18 series – India played two spinners at Lord’s after the first day was washed out and the toss hadn’t taken place – and hence the final playing XI – hadn’t yet been inked in. The mystery of whether Ashwin was fit or not for the all-important Southampton Test continued to be unresolved till the end. It did allow Jadeja to launch his memorable comeback in the next game.

All in all, though, most of the holes that threatened to sink the ship in that series were plugged in a year or two and India continued on their memorable run that has led them now to the championship finale. Character, attitude and ambition is unquestionable now; the process started in that series in ’18 and they now have a chance to take it to the next step in the same land.