Lack of international action means all teams enter the Junior World Cup with a clean slate, but hosts have advantage of familiarity 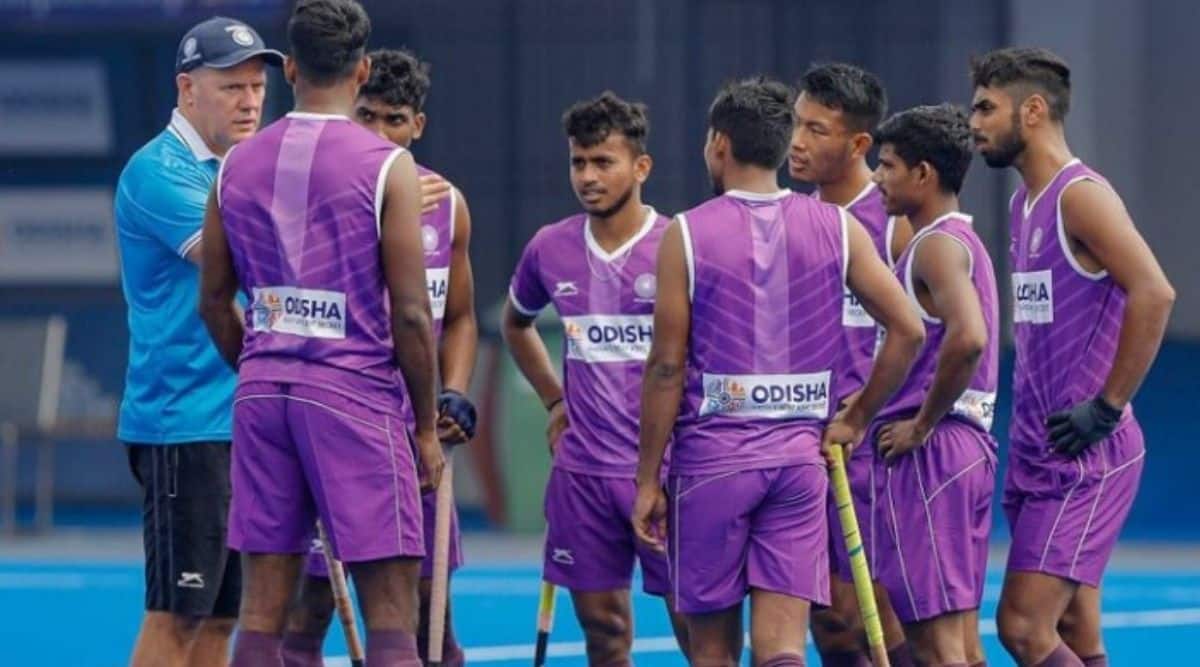 After a near-two-year pandemic-forced hiatus, the world of hockey returns to a familiar playing ground: Bhubaneswar. This time, however, with an unmistakable difference.

The cavernous Kalinga Stadium, normally buzzing on match eve, is stripped off its usual fanfare. There’s no queue outside the stadium for tickets, no vendors selling flags, and no face-painters setting up makeshift shops. There’s just a smattering of guards ensuring only those entitled enter this sprawling facility.

Blame the pandemic for the Junior World Cup turning into a watered-down, low-key affair. The 16-nation tournament will begin on Wednesday behind closed doors and in a tight bio-secure environment. All this has taken some sheen away but hasn’t made the World Cup any less relevant.

Shane McLeod, world hockey’s most successful coach over the last five years, puts it in perspective. “It’s a really good way to know what countries are going to do well in the next eight years,” the New Zealander, who was the coach of the Belgian team that won the Rio Olympics silver, 2018 World Cup and Tokyo gold, told The Indian Express. “It’s no coincidence that the teams that played in the final of the last Junior World Cup finished one and three in the Olympic Games.”

McLeod was referring to India and Belgium, who were the champions and runners-up respectively at the 2016 Junior World Cup. Seven Indian and five Belgian players, including reserves, from that final played in the Tokyo Olympics.

In that context, the Junior World Cup assumes a lot of significance – the next two weeks will provide some insight into whether the supply chain of players will continue to produce talent as India look to continue their revival and hope to build on the Tokyo bronze.

But it won’t be so straightforward.

The defending champions and hosts begin their campaign against France, a team that has been punching above its weight in the last few years. That, though, isn’t the only reason why the match could be a potential banana skin.

Like many other teams, India enter the tournament blindfolded.

Wednesday’s match against France will be India under-21’s first competitive fixture after 776 days. In the last few days, they have played the Netherlands, USA and Germany to warm up for the Junior World Cup. Those were, however, nowhere close to replicating real-match scenarios. The pandemic ravaged the hockey calendar but it had an even more devastating impact on junior programmes around the world, given that there are few international tournaments for them anyway.

Consequently, there isn’t a lot of intel available on players from other teams, with coaches relying largely on the styles and patterns used by the senior sides of a particular country to guess how the under-21s could play. At the same time, coaches do not know how their own players would respond to a certain situation as well.

Graham Reid, the India senior team coach who has been given charge of the juniors for this competition, admitted as much. “We have no idea (how the performance of the players would be). And I think that’ll be the answer if you ask any of the coaches in the world because we really have no idea what the opposition is like,” he said.

One of the few things working in India’s favour is that the core of the current under-21 bunch has been together since 2017. Eight of them, including captain Vivek Sagar Prasad, were part of the side that won the silver medal at the 2018 Youth Olympics although that was played in a five-a-side format.

Most of their time, however, has been spent within the confines of the Sports Authority of India’s Southern Centre in Bengaluru, where the players were kept in a bio-bubble through the pandemic.

Cut off from the rest of the hockey world, India’s junior team spent time at the training camp learning English, getting motivational and psychology sessions. The only matches they got to play were either intra-squad, or against the senior India team. “They actually beat us in one of the games we played,” India captain Manpreet Singh said.

However, the influence of the senior team on the under-21 players has been immense.

The junior team’s playing style is very similar to that of the senior one, given that both sets of players have been training together according to the same philosophy. The juniors were coached by BJ Kariappa before Reid was given temporary charge immediately after the Tokyo Olympics. Coaches, though, aren’t the only ones grooming the players.

Goalkeeper PR Sreejesh, one of the heroes of India’s bronze medal match against Germany at Tokyo, has been involved closely with Prashant Chauhan and Pawan, the two custodians of the junior team.

Drag-flicker Sanjay, who is the vice-captain, has been getting advice from senior team stalwarts Harmanpreet Singh and Rupinderpal Singh. “They spent a day or two every week with us, teaching us how to beat the first runner, how to take the first few steps while taking a flick and how to release the ball…” Sanjay said.

Prasad, the only player in the junior team who was also a part of the Olympics side, looks up to Manpreet for inspiration. Prasad plays as centre-half, the same position as Manpreet, but it’s the leadership skills that impress the 21-year-old.

He’s been closely observing Manpreet, who captained India at the 2013 Junior World Cup before becoming one of the star players of the senior side. “I have seen how Manpreet handles the team, carries everyone together. I wish to replicate that in a tournament as important as this one,” Prasad said.

Prasad is seen by many as future captaincy material. And the Junior World Cup will give a peek into his abilities as a leader. Just like it will provide a glimpse into the stars of the future. To them, the empty stadium and the lack of buzz won’t matter much.