Mumbai Indians skipper Rohit Sharma on Saturday said that playing at the Arun Jaitley Stadium suits his side's style of play but it is important to back the bowlers who will be under pressure at smaller grounds. 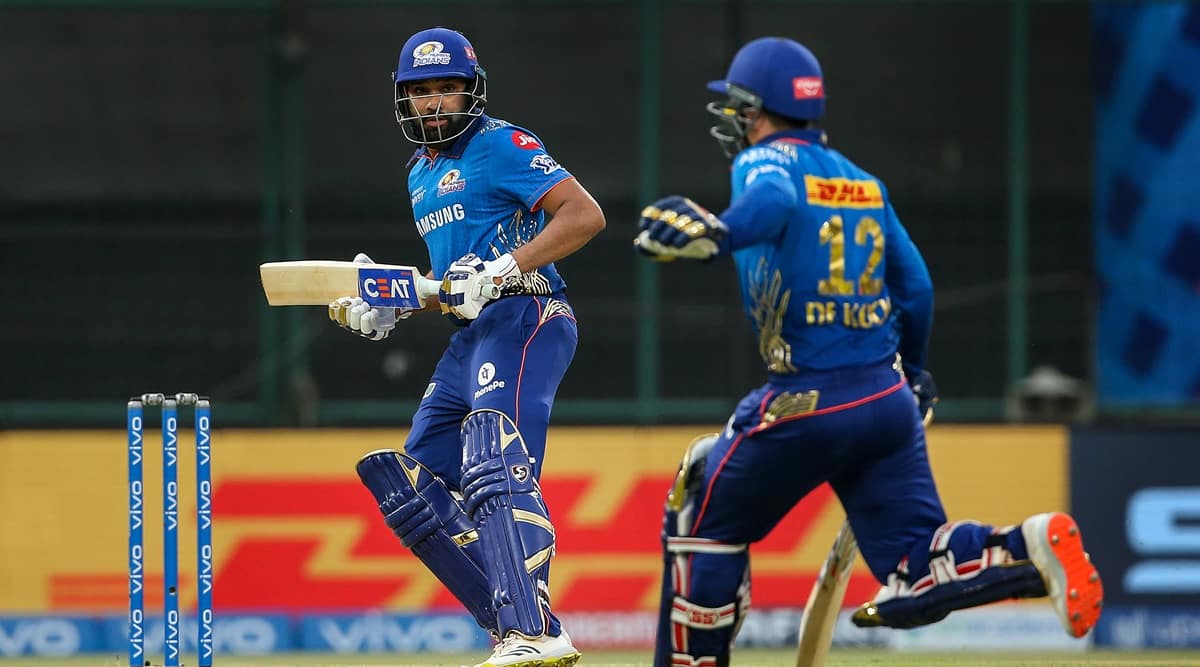 Mumbai Indians skipper Rohit Sharma on Saturday said that playing at the Arun Jaitley Stadium suits his side’s style of play but it is important to back the bowlers who will be under pressure at smaller grounds.

All-rounder Kieron Pollard (87 off 34 balls) blazed away to the fastest half-century of the ongoing league as Mumbai Indians beat Chennai Super Kings by four wickets in the IPL.

It was MI’s second win in as many games here with a couple of matches more to go.

The defending champions had struggled at the Chepauk, where they managed to win only two of their five games.

“It suits our style of play, and yes, the bowlers will be under pressure, but that’s where you back the bowlers. There will be games where the bowlers will go for runs, but it’s important to back your core group of bowlers,” Rohit said after the high-scoring match.

Talking about the game in which the Mumbai bowlers gave away 218 runs, Rohit said: “I know it’s always tough for the bowlers on a good pitch and smaller ground. We wanted to stay positive once we finished (bowling our) 20 overs.

“We got a good start and saw what happened. I mean we just had a brief chat (at the innings break) and said it was a good pitch. We had shot-makers in our batting line-up and we just wanted to take the game in the end.”

The skipper backed the decision to send all-rounder Krunal Pandya at number four.

“Brilliant partnership at the top and Krunal-Polly partnership was also there. We backed Krunal (at No.4) and he’s coming off good form in domestic cricket. A left-hander always makes a difference even though they [CSK] have an offspinner.”

“It was a brilliant wicket. The difference was the execution. Not being too tough on bowlers, we dropped catches at crucial intervals. The bowlers would execute better and learn from this.

“If you look how it went. we were very off target when it came to execution. It is important to do that. The wicket was easy to hit. In a tournament like this, you will win and lose a few close games. When you are under the pump, you learn a lot.

“Irrespective where we are in the points table, we take one game at a time. We hardly ever focus where we are standing on the table. That has been our good point along the way,” Dhoni added.