‘If he loses his place in the ODI side, I don’t know where it puts him, in terms of the India team in all 3 formats.’ 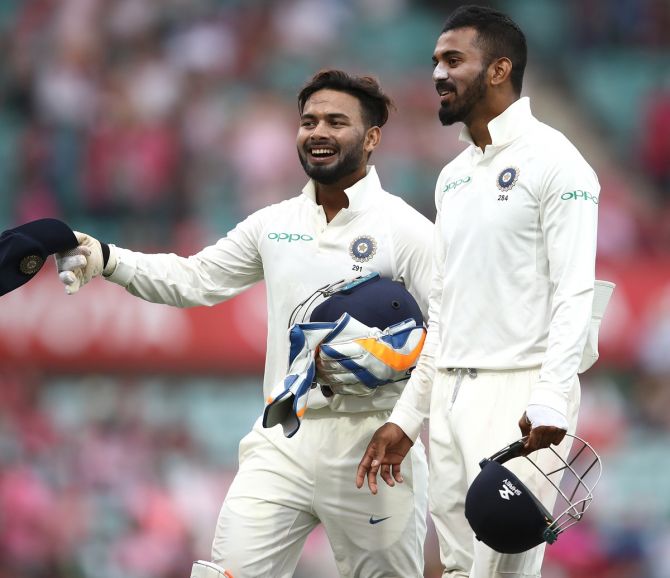 Ever since Captain Virat Kohli stated at the pre-match press conference that Rohit Sharma and Shikhar Dhawan will open in the ODI series opener against England, there is a question about the classy K L Rahul’s presence in the playing XI.

While Rishabh Pant is the specialist wicket-keeper-batsman, he was dropped in early 2020 with Rahul taking the spot behind the stumps and doing a reasonable job in the white ball games. Rahul’s sublime form at No 5 prolonged Pant’s ouster.

But with back-to-back memorable Test series against Australia and England, Pant reclaimed his spot in the T20Is and was also named for the three ODIs versus the world champions.

On the other hand, the last few months have been tough for Rahul. He suffered a wrist injury post the T20Is series against Australia and had to return home.

After his recovery, his game seems to have taken a beating. Rahul registered scores of 1, 0, 0 and 14 in the first four games of the T20I series against England and was dropped for the final game.

Retired opener Aakash Chopra believes that playing both Rahul and Pant in the line-up will be tough.

‘Shreyas Iyer will be batting at No 4. The big question will be if you can fit both K L Rahul and Rishabh Pant in the team. Do it if possible, but if not, don’t really feel bad about it. But for me, the one objective is to win the series,’ Chopra told Star Sports.

‘Virat has already mentioned that Shikhar and Rohit will open…. If you go by numbers, K L Rahul has done well in the past but if you go by current form, it will be Rishabh Pant,’ Dasgupta told Sports Today.

‘The big question is what happens now (to Rahul)? It’s going to be a tough one. On the one side, you’d want Rishabh to bat at No 5. He is evolving as a cricketer, you want that to continue and that will help him also,’ Dasgupta added.

‘On the other hand, you have a class act like K L Rahul,who is not in form. He has lost his place in the T20I side, in the Tests before this. If he loses his place in the ODI side, I don’t know where it puts him, in terms of the India team in all 3 formats,’ Dasgupta said.