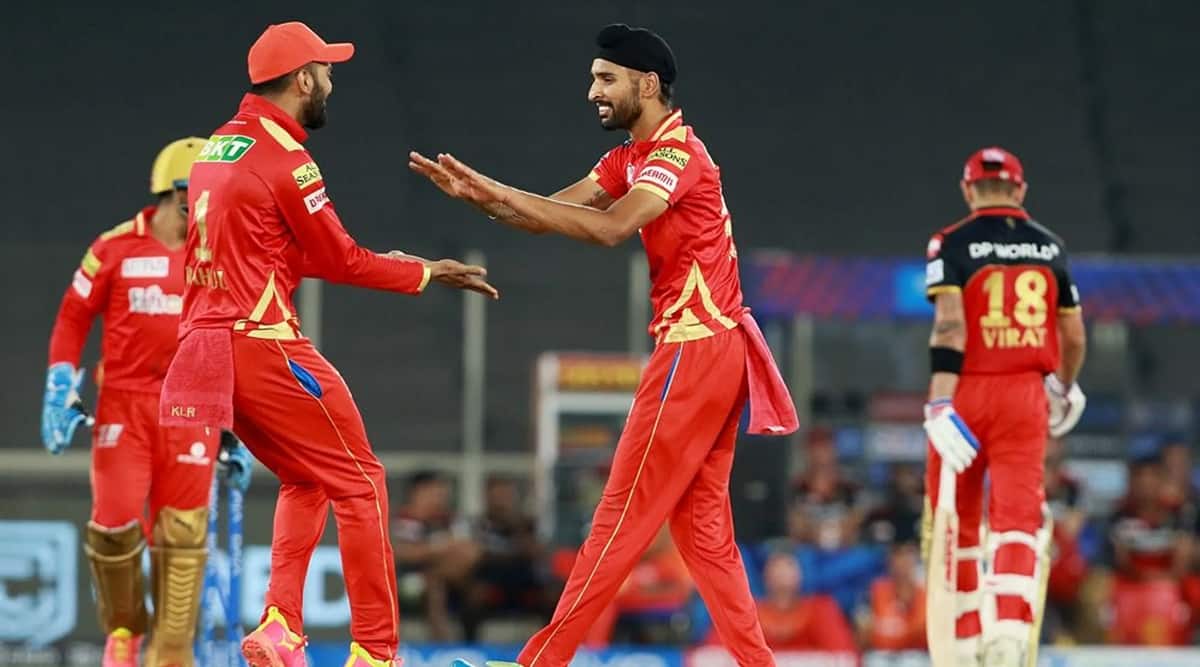 This is how Harpreet Brar won the game for Punjab Kings. Seven balls, no run, and the three big wickets of Virat Kohli, Glenn Maxwell and AB de Villiers in the chase. A momentum-turning 25 with the bat that helped KL Rahul (91*) and Punjab finish on a high with 179/5. Until Brar’s breezy knock, Royal Challengers Bangalore were in control. Until Brar’s deadly spell, Kohli’s team was alive, even if in a bit of trouble at 62/1 in 10 overs. But the collapse he engineered resulted in a 34-run win for KL Rahul’s men. Not a bad outing for someone who had to wait seven years and slog through four trials before an IPL team picked him in 2018.

For a while, Kohli had been exposing his cards: attacking the first ball of overs as Bangalore reached 62/1 after 10 overs. It wasn’t an ideal start to the chase as both Kohli and Rajat Patidar, whose stance is cloned from his captain, struggled to find boundaries but at least they had wickets intact with their enforcers to come.

Enter Brar. Kohli charged down the track, the first ball again, but Brar was ready with a skidder from short of a length that rushed past the heave to break the stumps.

Next ball, Brar decided to show new batsman Maxwell that he could also turn the ball sharply, if he chooses. The Aussie’s bat-flow on middle stump suggested he was playing for the straighter one, but it spun past the waft to take the off-bail. Even de Villiers couldn’t stop that over from being a double-wicket maiden.

Brar wasn’t done yet. He delivered a short-of-length skidder that stuck in the pitch and de Villiers punched it straight to short cover. Three big fish for no runs, and throw in that 25, it was a dreamy night for Brar.

For six overs from 11.1, Punjab couldn’t get a boundary. And lost wickets in a clutch. Chris Gayle had fallen in the 11th over after a whirlwind 46 and Nicholas Pooran for a duck in the 12th – as Punjab began to stutter. They lost Deepak Hooda and enforcer Shahrukh Khan cheaply, entering the 18th over with the score reading 132 for 5 – they had been 99 for 1 when Gayle fell.

Enter Brar. Against him was Harshal Patel, who would go on to relive his Jadeja nightmare all over again. Not quite but almost. Brar bashed him for a six and a four as he leaked 18 in the 18th over. Mohammed Siraj plugged things with a seven-run over but KL Rahul and Brar looted 22 off Patel in the final over. A below-par total had jumped to 179.

Much credit, understandably, would go to Rahul for his 91 (off 57 balls) but it was Brar who had reignited Punjab’s spark. Rahul’s was a fine knock, especially for the way he managed to stop and start in various phases. At first, it was Gayle who created havoc with five fours in the last Powerplay over off Kyle Jamieson. Rahul too joined in the mayhem when Gayle fell. But when three more batsmen departed, Rahul retreated to a wait-and-watch game. Brar provided the kickstart and Rahul thumped a six and two fours in the final over of the innings.