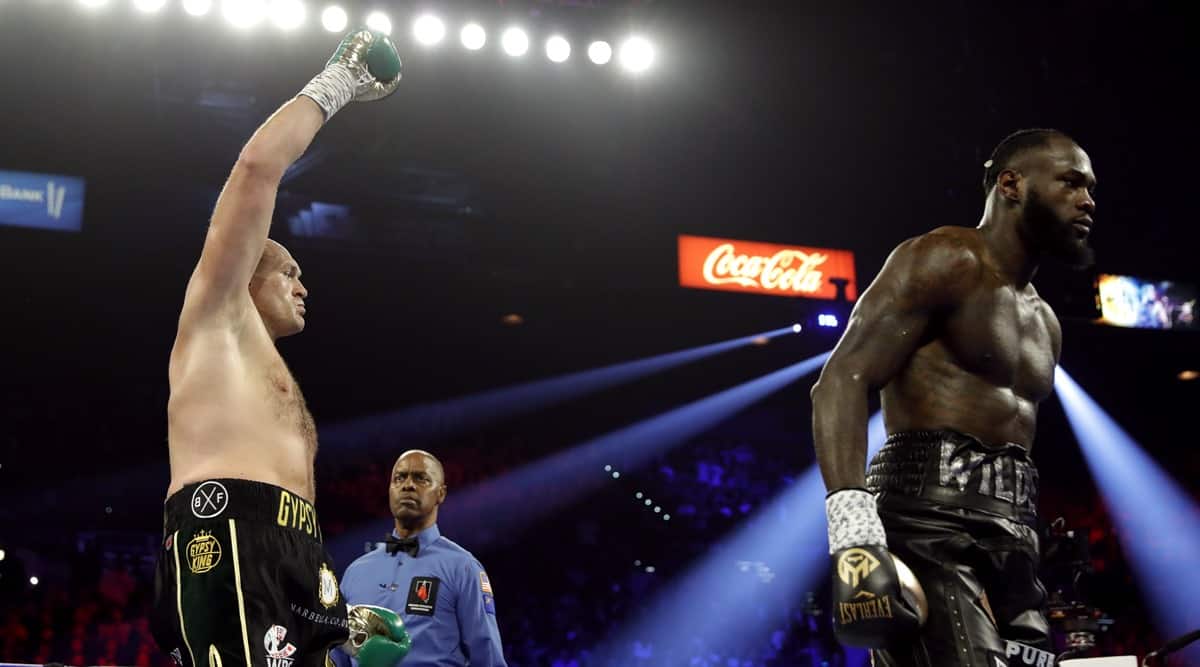 A genuine grudge match will play out Sunday morning when Tyson Fury (30-0-1) and Deontay Wilder (42-1-1) square up at the T-Moble Arena in Las Vegas. The hotly-anticipated trilogy fight between two of the heavyweight division’s best will be for the WBC Championship and a whole lot more.

The first fight in 2018 was perhaps the most exciting draw in heavyweight boxing. The second, last February, saw Fury win via technical knockout, giving Wilder his first loss. The third fight between the heavyweights — in the truest sense of the word; both Fury and Wilder have posted their career-heaviest weights at 277 and 238 pounds respectively, five and seven pounds more than the second fight — is expected to be tense and thrilling. Much like the story so far.

The 33-year-old Brit, nicknamed ‘The Gypsy King’, used his awkward style, jarring feints, long range and accurate punching from unconventional angles and openings to free up the heavyweight division in 2015, ended Wladimir Klitschko’s tactical 11-year-hold. Then, wilderness called. Fury was busted for cocaine and stripped of his belts. What followed was a three-year-long downward spiral, which pushed Fury to the brink of driving his speeding Ferrari off the bridge.

“There’s 500 calories in a pint of beer. And I’d have 18 of those. Followed by whiskey, vodka. Then I’d stop off on the way home and have pizza, kebabs. I was 400-pounds, a drug addict, alcoholic, cocaine was the usual one,” Fury shared on MMA announcer Joe Rogan’s podcast. “Just as I was heading to the bridge, if I hit it the car would have crushed like a Coke can by the way, I heard a voice say, ‘No, don’t do this Tyson. Think about your kids.’”

After dropping more than 100 pounds, and securing two lowly wins, Fury took the ring against Wilder in 2018…

Fury’s lineal title was the most obvious, but Wilder had other reasons to face Fury. The American was in line to fight Fury before the latter’s hiatus. But more importantly, the champion was still looking to make a name for himself.

The articulate, well-dressed show boater and consummate family man would still finish third in a popularity poll against his rivals Fury and Anthony Joshua. His one-trick technique (39 of his 40 wins had come via devastating knockouts) too prompted many to question his boxing pedigree and the five-year-long title reign.

The first fight, however, underlined what we had known going into the fight; Fury was the superior boxer. He slipped, slid, bobbed, weaved and won most of the rounds, making his windmilling opponent often look like a pedestrian, unidimensional boxer. Wilder had one, very good trick. He brutally dropped Fury twice, enough to secure a draw.

The rematch was inevitable. Wilder passed the time earning two more knockout wins. Fury too collected two victories, three if you count his fling with the WWE. But Fury came into the second fight wanting to knock Wilder out, and a taste of the American’s blood.

Outrageously enough, he got the second wish. After beating up Wilder and exhausting him by making him carry his weight for five rounds, Fury pushed him against the ropes and licked the blood off his neck. The defending champion’s corner threw in the towel before Fury could get the KO. But the Brit got the only belt missing from his resume and became the first boxer to end two 10+ title defence reigns.

Wilder found refuge in a plethora of excuses. He accused the referee Kenny Bayless of favouring Fury. He came into the fight with an injured bicep. The elaborate 40-pound costume for his ring walk was “too heavy” and he “didn’t have no legs from the beginning of the fight.” His trainer betrayed him and was part of a conspiracy by throwing in the towel as he was “influenced” by Fury’s camp. His water was spiked, “as if I took a muscle relaxer.” And lastly, that Fury’s gloves were loaded.

The pandemic and the many failed negotiations with Wilder’s camp delayed the third fight. Fury’s team, meanwhile, began working towards the all-important, title unification fight against Joshua — the then WBA (Super), IBF, WBO, IBO, WBC, The Ring and lineal champion. In March, the two-fight deal to crown the undisputed champion was signed.

Wilder looked done and dusted. But after his rival’s “massive announcement” video on Twitter, the 35-year-old sprang into action. Wilder’s camp argued that their fighter had a contractual right to a third fight, taking the matter to an independent arbitrator, who ruled in May that Fury had to fight Wilder by September 15.

The fight was then moved to July, before Fury and his team members tested positive for the coronavirus. The bureaucracy has only added to the bad blood between the two.