Warne, considered one of the greatest bowlers of all time, had led RR to the title in the first edition of the Indian Premier League in 2008 and remained connected with the franchise even after ending his playing career.

The D Y Patil Sports Academy was the venue where the Warne-led Rajasthan Royals defeated Mahendra Singh Dhoni’s Chennai Super Kings by 3 wickets on June 1, 2008. The 2008 title is the Royals’ only IPL title. 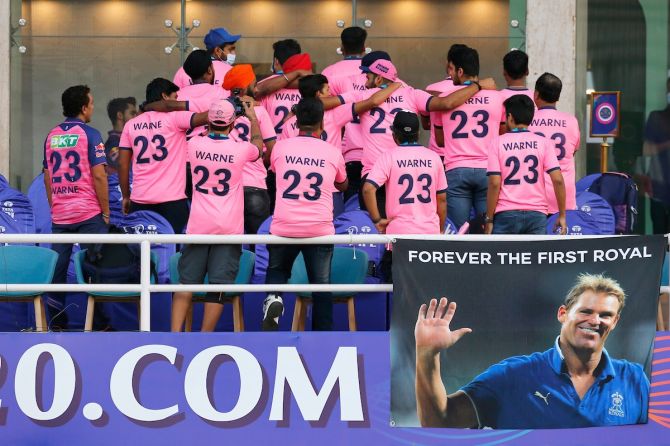 The Australian cricket legend became the first bowler to take 700 Test wickets during the 2006-2007 Ashes series in Australia. 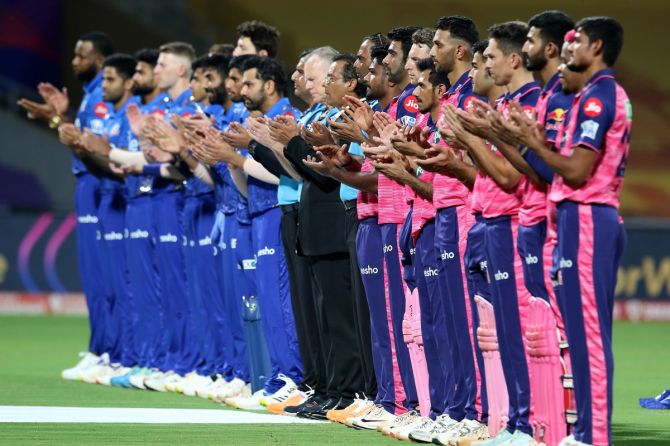 The Rajasthan Royals paid a tribute to the legendary cricketer by donning a special jersey on their collars for the match against the Mumbai Indians.

Warnie’s picture was displayed on the giant screen at the D Y Patil stadium. Apart from the Rajasthan Royals and Mumbai Indian players, the match officials also stood in silence and paid tribute to the champion bowler.

‘As part of our tribute to Warnie, our players will be sporting specially designed match kits when they take the field against Mumbai Indians on Saturday, with his initials ‘SW23’ featuring on the lead collar of their jersey. Our coaches and members of the support staff will be seen wearing special jerseys with ‘Warne 23′ written on the back,’ RR said in a statement before the match. 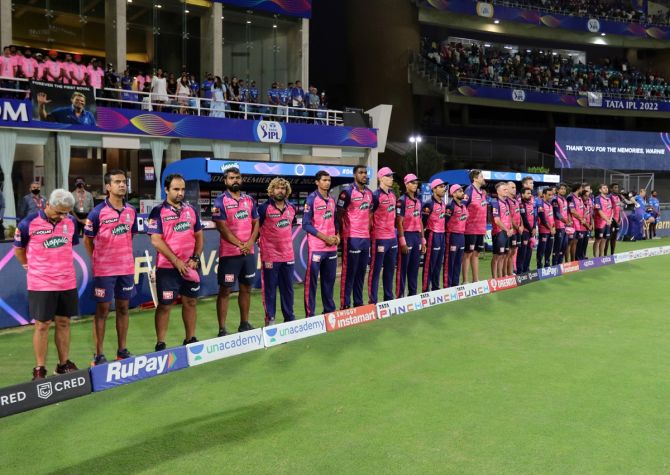 ‘It is our ode to his illustrious career that contributed massively to the game, his undying passion that inspired generations of cricketers, his fighting spirit that taught us never to give up, and his charismatic personality that made him an instant fan favourite,’ RR stated. 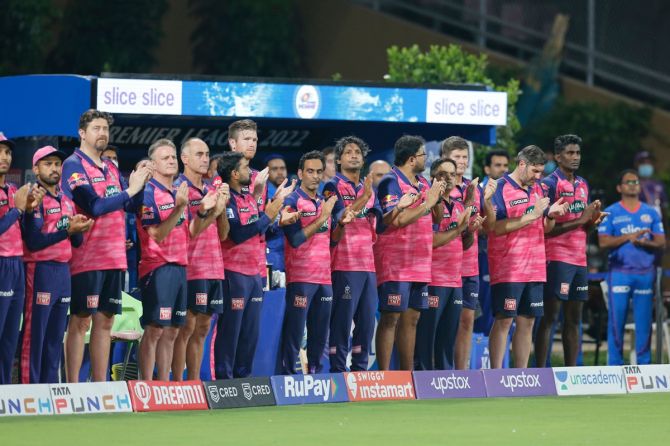 ‘A special Shane Warne mural will greet fans and spectators as they enter the stadium premises on the matchday. There’s also a tribute gallery inside, where ticket-holders will be able to take a walk through the life of the greatest leg-spinner in the world through unseen pictures and videos.’