Liverpool came to life after a first half almost devoid of goalmouth action at the London Stadium, with Salah providing two superb finishes to claim the points for his side.

The Egyptian cut in to curl home with his left foot in the 57th minute — his first league goal since December 19 — and doubled the lead with a silky finish from a 68th-minute counter-attack.

Substitute Roberto Firmino set up Gini Wijnaldum to tap home Liverpool’s third in the 84th minute before Craig Dawson replied for the hosts with a consolation goal three minutes later. 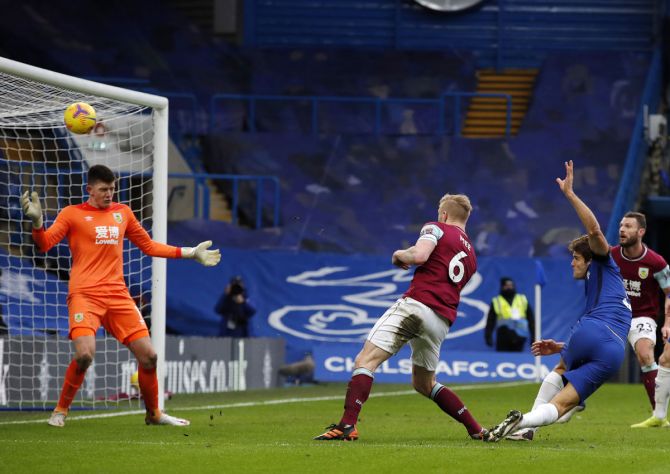 Chelsea notched up their first win under Thomas Tuchel on Sunday with a 2-0 victory over Burnley thanks to goals by Spanish defenders Cesar Azpilicueta and Marcos Alonso who have both been given a chance to shine under the German coach.

Azpilicueta was entrusted with a place in Chelsea’s starting line up by Tuchel in his two games since replacing Frank Lampard and he scored with an angled shot in the 40th minute after sprinting 80 yards to seize on a lay-off by Callum Hudson-Odoi.

Alonso, playing for the first time since September, secured the win in the 84th minute when he controlled a pass from Christian Pulisic with his chest and knee before swivelling to blast a shot past Burnley goalkeeper Nick Pope.

Hudson-Odoi, also making the most of much more playing time under Tuchel, and fellow Chelsea academy product Mason Mount were at the heart the Blues’ best moves.

Their form contrasts with the struggles of the club’s two expensive German signings in 2020, Timo Werner and Kai Havertz who pose Tuchel’s most immediate challenge.

Werner wasted a good first-half chance for Chelsea while Havertz was dropped to the bench and only came on for the last 10 minutes.

Tuchel praised his team for controlling the game – Burnley did not have a single shot on target – but said he needs more from his strikers.

“It should be a signal to our guys up front that we needed two defensive players to score. We lack in the moment precision in the last pass… in the finishing,” he told BT Sport. “We will work with this, absolutely.”

The German coach said Werner is suffering from a lack of confidence.

“We cannot expect any changes from one minute to the other, from one day to the other,” he said. “He’s not the only striker in the world who is very sensitive when he does not score.”

Werner was the Bundesliga’s second-highest scorer last season with RB Leipzig and he seemed to have put a barren start at Chelsea behind him when he hit four goals in four league games in October and November. However, he has had a drought in the league since then.

Leeds come from behind to beat Leicester 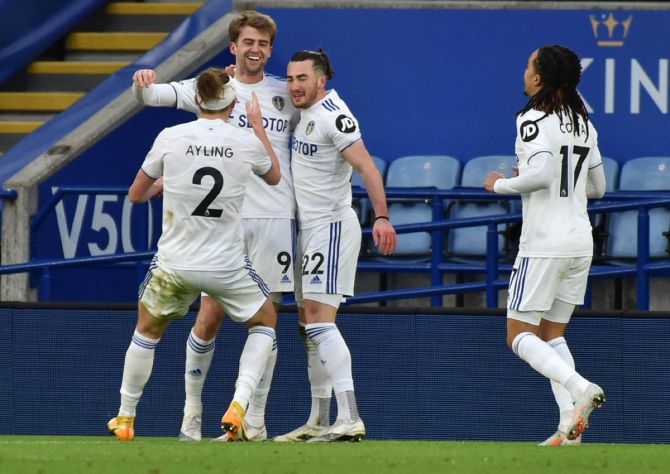 Patrick Bamford scored one and created two goals as Leeds United ended Leicester City’s seven-match unbeaten run and denied Brendan Rodgers’ side a move up to second in the Premier League with an entertaining 3-1 victory on Sunday.

Leeds remain in 12th, behind Southampton on goal difference, while Leicester are third with 39 points — two points behind second-placed Manchester United who were held to a goalless draw at Arsenal on Saturday.

“It was a hard game,” an exhausted Bamford told Sky Sports. “They’re a top team, their position in the table shows that. We had to concentrate the whole game and really fight for it.

“Today we showed we can compete (against the top six). To get the three points is a great achievement and the boys should be proud of themselves.”

The home side opened the scoring in the 13th minute when Harvey Barnes charged through the midfield and exchanged passes with James Maddison before finding the bottom corner. 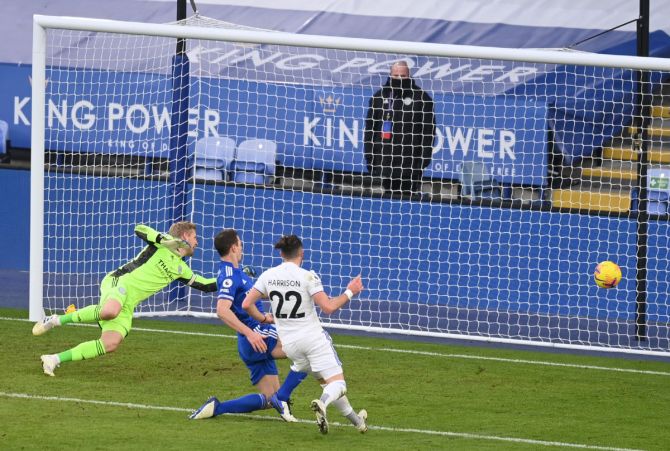 But their lead lasted only two minutes when Bamford spotted Stuart Dallas making a run into the box and slipped a ball through the defence for the midfielder to score the equaliser with a goal identical to Barnes’ opener.

The two sides had the ball in the net again by the half hour mark, courtesy of Ayoze Perez and Mateusz Klich, but they were both ruled out for offside.

Leeds took the lead with 20 minutes to go when Raphinha’s first-time through ball gave Bamford space to shoot and the English striker’s left-footed strike found the top corner for his 11th goal of the season.

With Leicester forced to pour men forward in search of an equaliser, Leeds scored a third from a counter-attack as Bamford sprinted into space before unselfishly squaring the ball for Jack Harrison to fire into an empty net.

“It’s a tough one to take, we know how Leeds play and it can end up as a basketball game,” Barnes said.

“We played some good football and we created good chances. The goals we are very disappointed with.”