England captain Eoin Morgan has kept the lid on who will move up to partner opener Jos Buttler and dismissed suggestions his side would be “strong favourites” against New Zealand in the semi-final of the Twenty20 World Cup on Wednesday.

The 2010 champions will have to rejig their top order after opener Jason Roy’s tournament was cut short by a calf injury during their final group match against South Africa.

“Within the group we’ve made a decision. Not willing to share that, unfortunately,” Morgan said ahead of what will be a rematch of the 2019 ODI World Cup final.

While many expect Jonny Bairstow to partner Buttler, Morgan believes England are spoilt for choice within the squad.

“So I think we’re in a very good position that we have a number of guys to choose from.”

Armed with an explosive batting lineup, England could also be tempted to include bowling all-rounder David Willey to strengthen their attack against New Zealand.

Morgan said a final call would be taken after assessing the pitch at Abu Dhabi’s Zayed Cricket Stadium. 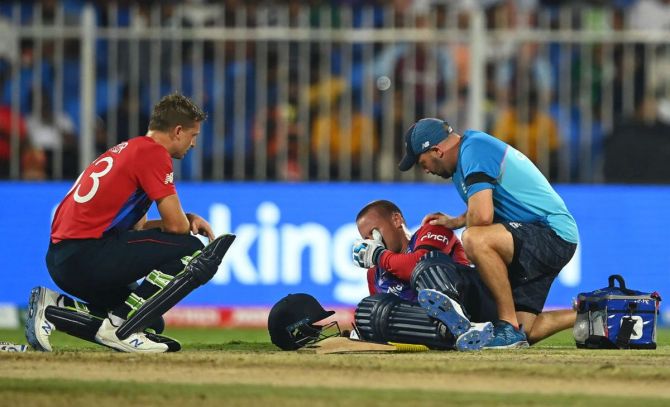 Roy is the second England player, after paceman Tymal Mills, to sustain injury during the tournament which cut short their campaign.

England were already without all-rounder Ben Stokes and quick Jofra Archer, while Sam Curran was also ruled out in the lead-up to the World Cup with a back injury.

While Morgan took pride in the depth of their talent pool, he would not call England overwhelming favourites against New Zealand.

“I wouldn’t say strong favourites. New Zealand have a full-strength squad. We’ve obviously been hampered with a lot of injuries throughout this tournament,” said the 35-year-old.

Morgan was particularly wary of New Zealand’s ability to fight as a unit.

“It’s probably one of their strongest points. They work well together. They never rely solely on one or two players. It’s always a very collective effort.”