India thumped England by 36 runs in the fifth Twenty20 international on Saturday in their final outing before the T20 World Cup. 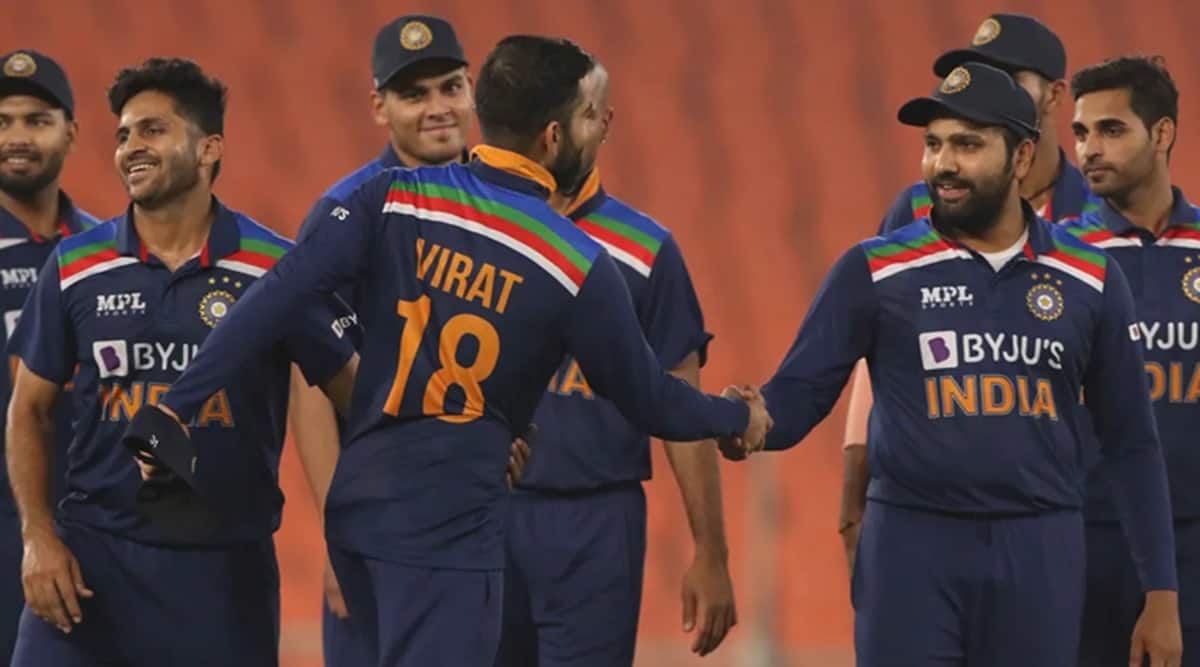 India thumped England by 36 runs in the fifth and final Twenty20 international on Saturday to win the series 3-2. Both the teams have now had their share of lessons and pointers before the T20 World Cup final in just over six months’ time. For the Indian cricket team, here are some of the lessons learnt:

England may have won the battle of tosses but the manner in which India won the last two matches of the series has the makings of a template going forward. In both matches, Rohit got the Men in Blue off a flier while Kohli played the anchor’s role to perfection to take the team to competitive totals. While India limited overs vice-captain, in his post-match presser, said it is still too early to finalise the team’s batting line-up, the Rohit-Kohli combination does make for an explosive and potentially unbeatable opening pair. Skipper Kohli, who opened with Rohit in the final T20I to make way for a sixth bowler in T Natarajan, accumulated 231 runs, the most by any player in the series.

Rohit, who was rested for the first two games, gave clueless England a masterclass of timing, power and elegance with an effortless 64 off just 34 balls, putting Kohli very much in the shade in the initial powerplay overs.

Suryakumar Yadav showed what exuberance and fearlessness can bring to the table. In just his second T20I, the Mumbai batsman epitomised the dynamic approach Virat Kohli promised on eve of the series and made a compelling case for a World Cup spot

His Mumbai Indians team-mate Ishan Kishan also belted a 28-ball half-century on his T20I debut. In his Man-of-the-Match-winning performance, Kishan was the one who dominated a 94-run second-wicket stand with Kohli, smashing the English attack at will.

READ | The new Mr. 360: Suryakumar Yadav rises to the occasion

Both Suryakumar and Kishan have added the impetus that new-age India have been looking for, the X-factor that the India captain had harped on before the series. Both hit the ball well, took their chances without being reckless. The duo was also among the top five batsmen with the best strike rates in the series – Suryakumar with 185.42 and Ishan Kishan with 146.34.

While India still needs to fine-tune a number of things in terms of their batting order, a middle-order comprising Shreyas Iyer, Hardik Pandya, Yadav, Kishan and Ravindra Jadeja, who is recovering from a thumb fracture that he sustained in the recent Australia series, could send the proverbial chill down the opposition spine.

More than 400 runs were scored in the final T20I but it was Kumar who stood out with figures of 4-0-15-2. It was his brilliant bowling effort that put England on the mat. At a miserly 6.39, Kumar also boasts of the best economy rate among all the bowlers in the five-match series. An injury-free Bhuvi looks to be a certainty in the Indian squad going into the T20 World Cup. The return of Jasprit Bumrah and Mohammad Shami will add to India’s death bowling riches

Rahul had a forgettable series against England with scores of 1, 0, & 0 respectively. For someone who is considered a white-ball specialist, Rahul has failed spectacularly. However, his being out of sorts is hard to explain. Former India opener Gautam Gambhir put it best, saying that they are two completely different extremes. “When he’s on a roll, he can give you back-to-back hundreds irrespective of whether he is playing the T20 or 50-over formats. But when he is out of touch, he contributes very little to the team,” said Gambhir during a video interaction on ESPNCricinfo.