Diogo Jota has now scored three hat-tricks in the UEFA Champions League and UEFA Europa League combined since the start of last season — the only player to have done so more than once. 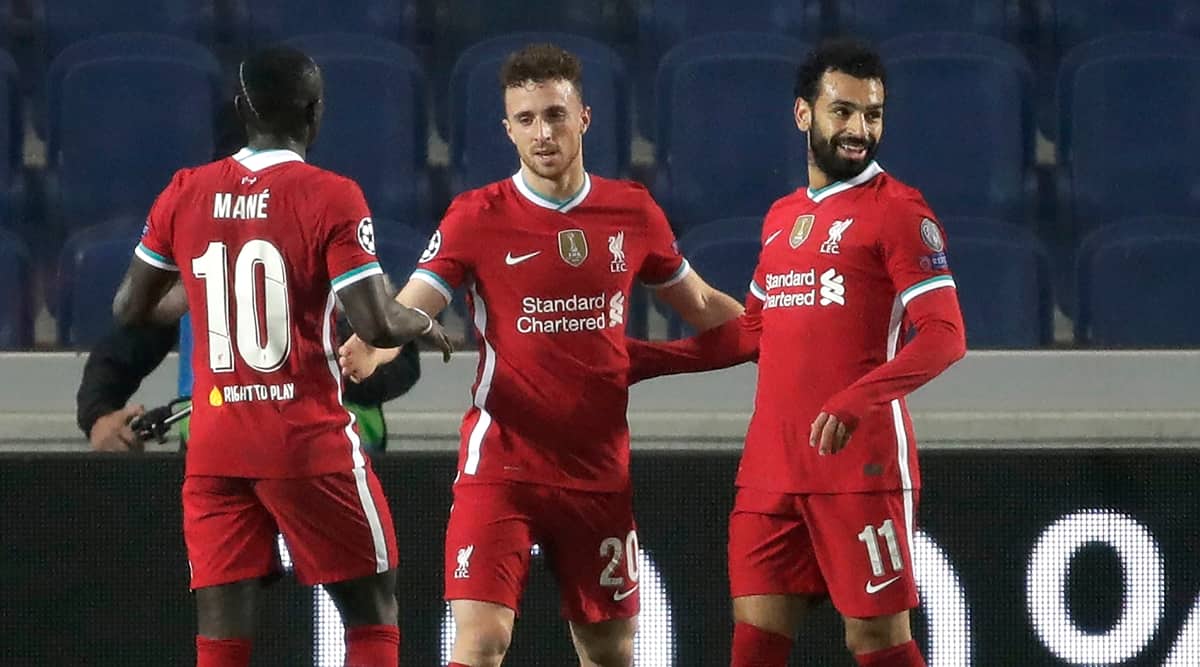 Diogo Jota’s superb hat-trick lit up Liverpool’s 5-0 Champions League thrashing of Atalanta on Tuesday and served further notice to the club’s famed frontline that the Portuguese striker does not intend to play solely a supporting role.

Liverpool face Manchester City in the Premier League on Sunday and it now seems almost unthinkable that Jota’s name will not be in the starting lineup.

That may have seemed unlikely at the start of the season when Liverpool signed the 23-year-old from Wolverhampton Wanderers to provide competition to Mohamed Salah, Sadio Mane, and Roberto Firmino, who had developed into one of the most feared attacking trios in football.

With Firmino’s form under the spotlight after an underwhelming start to the campaign, Jota slotted in alongside Salah and Mane against Atalanta and put on a clinical display of finishing before being replaced by Firmino in the 65th minute.

“I’m playing in the best team of my career so far, that’s for sure. I don’t know if it was my best moment, but obviously scoring goals is my way of playing football, so I’m really happy with it,” Jota told BT Sport.

Eyebrows were raised when Liverpool splashed a reported 41 million pounds ($54 million) to secure the signature of Jota, who scored 16 goals – nine of them in the Europa League – for Wolves last season.

He has already begun paying back that fee in earnest with seven goals in 10 games, and he tormented the Atalanta defence together with Mane and Salah.

“Obviously (they are) two world-class players, we all know their quality makes it easy for me to do my job because they are outstanding players,” he explained.

Jota is swiftly developing a taste for European competition having scored three hat-tricks in the Champions League and Europa League combined since the start of last season – the only player to have done so more than once.

With a trip to Manchester City to come on Sunday, the Portuguese picked the perfect moment to stake his claim to a starting spot.

Liverpool manager Jurgen Klopp hailed Jota’s recent form but said Firmino’s influence on the team’s success should not be forgotten.

“Good performances never give me headaches … The world is sometimes a really bad place that in the moment when somebody is shining, we speak immediately about another player who played for us, it feels like, 500 games in a row,” Klopp said.

“We would not be in the Champions League if Firmino would not be with us. And immediately I have to explain why he is not in the team.

“It’s important we have more than 11 players and tonight Diogo used his shape in an incredible way and played a super, super game. But that says nothing about Bobby and has nothing to do with causing me headaches.”